The Battle of Chippawa (it is often misspelled as Chippewa) was the first confrontation between American and British forces during the Niagara Campaign of the War of 1812 (1812-1815). This campaign would be the longest and bloodiest of the war. The United States decided to invade what was then British controlled Canada and head toward Lake Ontario, Burlington and York (what is today Toronto). On July 5th, 1814, Major General Jacob Brown's army, under the leadership of Winfield Scott, engaged the British Army under the leadership of Major General Phineas Riall and Lieutenant-Colonel Thomas Pearson near the Chippawa River. 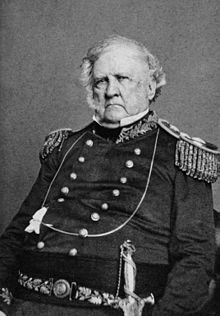 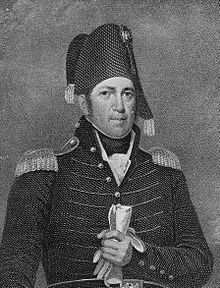 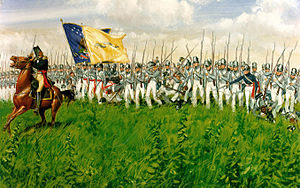 Before the battle, Major General Brown had given Scott the go-ahead to train a division of Brown's army in strict military discipline. According to the book "American Military History: A Survey from Colonial Time to Present", Scott drilled and trained his troops, instructing them that doing so may very well save their lives, and led to the eradication of camp disease through proper sanitary discipline. Up until this point, many troops had had very little military training and those that did most often gained their knowledge in battle experience.

As the American army advanced toward the Chippewa River, they were engaged by British and Indian allies. Riall believed that the soldiers were militia and the Americans could be easily defeated by his Army. He soon realized that the soldiers on the plain were not militia, but Scott's well-trained regulars. As Scott's army began a bold bayonet charge and broke the right flank of the British force, Riall withdrew his whole force back across the Chippewa River.

In the end, British casualties included 148 dead, 321 wounded and 46 missing, while the Americans suffered 58 killed, 241 wounded and 19 missing. Even though the battle had not resulted in decisive advancement, it was now clear that the Americans could stand against the British, and under Scott's command, Brown's army got a much-needed morale boost.

Interestingly, during training, the standard-issue blue uniform was unavailable, so Scott used grey and white. After the battle, in honor of Scott's "Greys", West Point adopted the gray as its official uniform.