The B&O Railroad Station in Grafton was constructed in 1852, and soon propelled the town into becoming an important railroad town along one of the nation’s railroad lines. The B&O not only provided a means of transport for people from Ohio to Baltimore, but it also acted as a major coal transport between the Ohio Valley to the East Coast. The former B&O Railroad passenger terminal is closed to the public. However, the large glass doors on the Main Street side of the building provide a good view of the interior. Railroad enthusiasts can take in the daily activities of the CSX railroad yard next door. 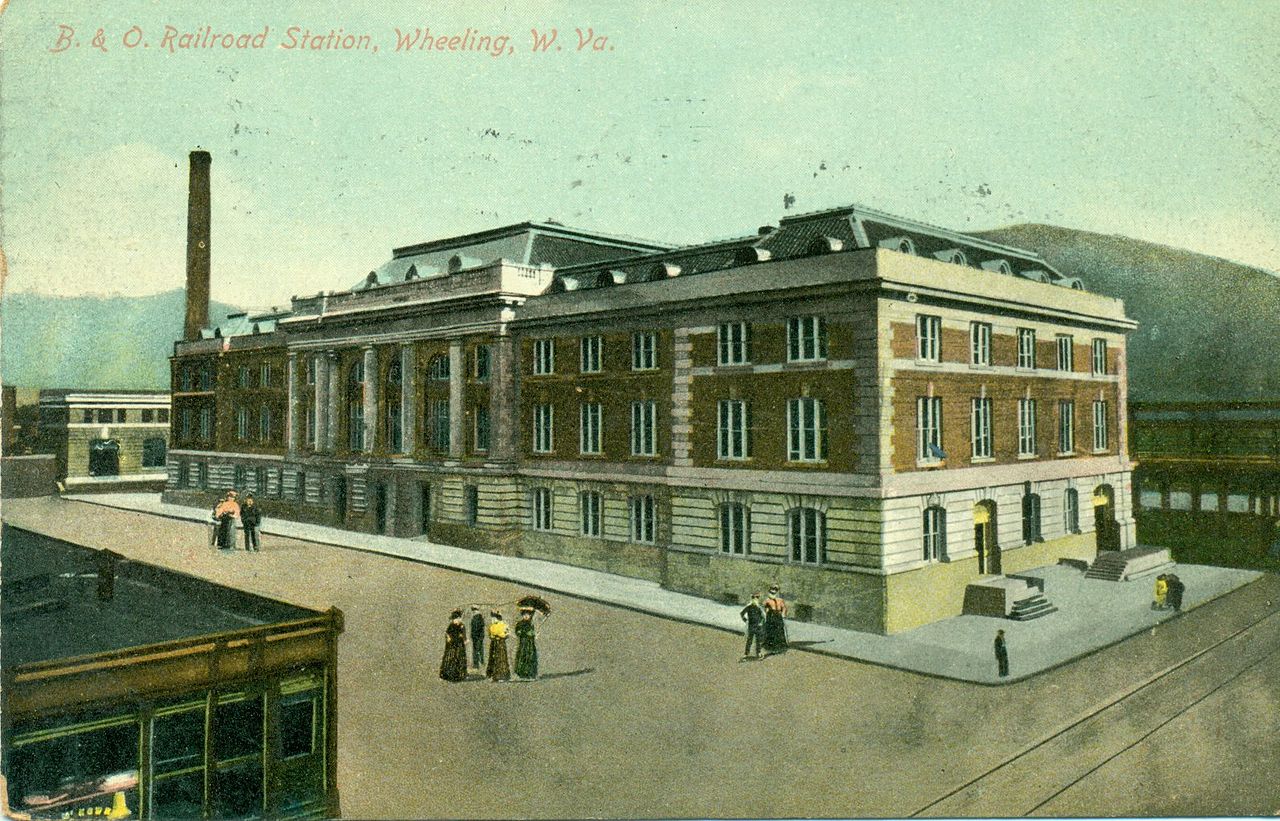 This monumental Beaux-Arts complex is an important example of a building type far more common in Europe than in America: a combination railroad station and hotel. Both buildings are faced with red brick and terra-cotta trim. The station, at right angles to the hotel, is recessed and, because of the slope of the land, rises two stories on Main Street and three on trackside. By far the more ornate of the two structures, it has a five-bay central block treated as a monumental gateway with three-quarter columns of a robust, indeterminate order separating its three entrance bays. Above, a massive entablature and parapet curve segmentally at the center to accommodate a large, garlanded cartouche containing the familiar B&O logo.