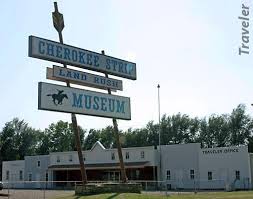 Over 125,000 people raced for a piece of the six million acres.  Arkansas City was the largest of the registration points for the Run with over 75,000 eager land seekers and their families moving to the city to participate.  Approximately 45,000 artifacts, pictures and documents are housed in the Cherokee Strip Land Rush Museum for exhibit and research.