This house, whose early construction dates to the late 17th century, has remained little changed since the early 18th century. It is now a house museum operated by Historic New England. 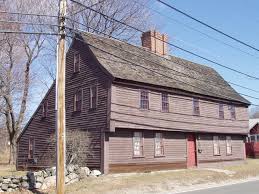 Built in 1692 for the family of William Boardman, a joiner, Boardman House survives remarkably intact from its original construction. With the exception of minor structural stabilization and repairs, the house remains unaltered since the early eighteenth century, providing an exceptional opportunity to view seventeenth- and eighteenth-century construction techniques and finishes.

Dendrochronology research conducted at the Boardman House in the winter of 2008 has given additional insight into the life of the house. By 1696, a rear lean-to had been added, accommodating a new kitchen, milk room, and kitchen chamber. This addition of new service space freed the "hall" from its former use as the family's general cooking, eating, and gathering room, and transformed it into a “best room” to complement the parlor. The separation of work spaces and social spaces illustrates an important cultural shift in domestic architecture that was taking place at the turn of the century.