The West Point Foundry Preserve is the site of what was once an important armament factory in the 19th century. It was built in 1817 at the behest of James Madison who called for increased domestic production of artillery guns and other ironworks after the War of 1812. At its height, the factory employed thousands of workers. It is perhaps most well known for producing the Parrot canon, which played an important in helping the Union win the Civil War. Its significance was underscored by a visit by President Abraham Lincoln to the factory in 1862. The foundry also produced steam engines, water pipes for New York City, and iron clad ships. The increased use of steel and modern ironworking techniques eventually forced the foundry out of business. Today, nothing remains of the foundry except for the central office building and the ruins of the other buildings. The site has been cleaned up over the past few decades and nature has reclaimed much of what was there. Visitors can hike along the former railroad beds, see the ruins, and read the interpretive signs. 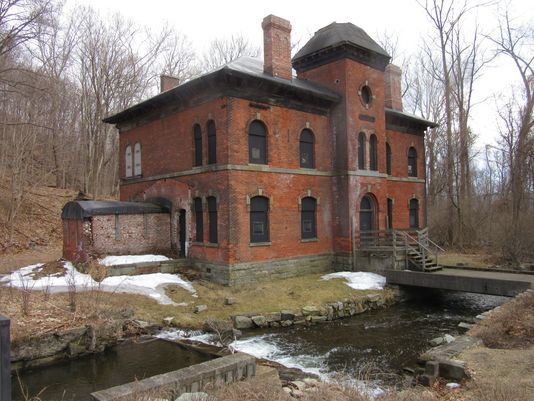 Stairs and a partial water wheel were installed in 2013 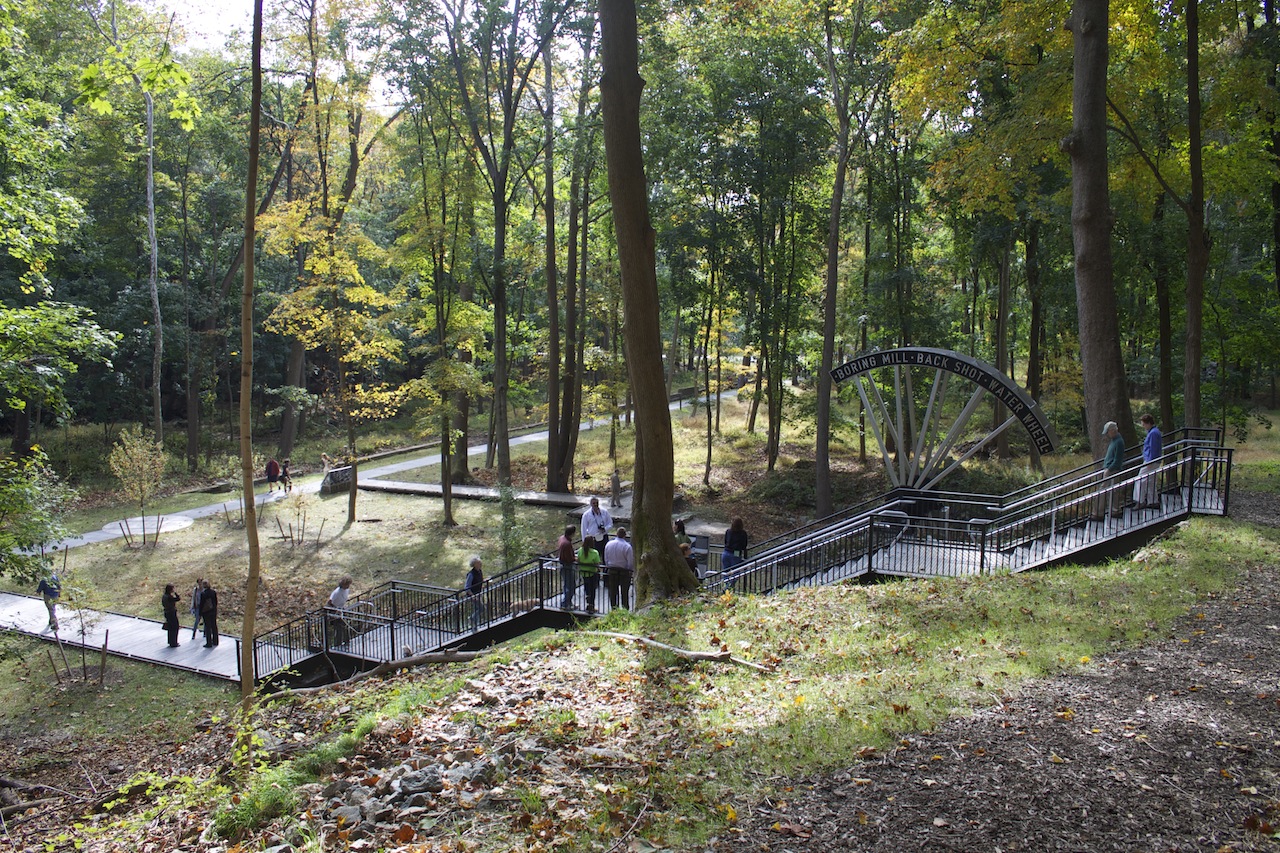 Some of the signage in the preserve 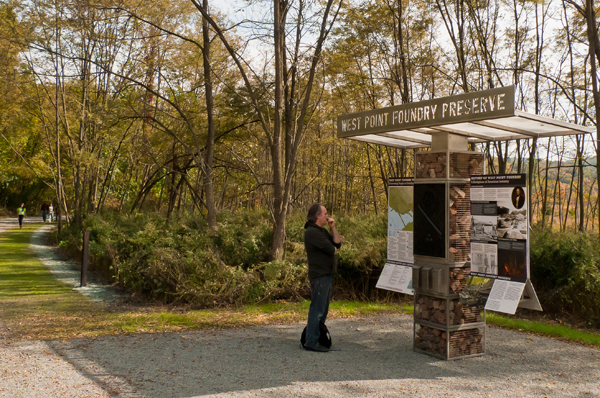