The historic courthouse was completed in 1884, replacing an earlier courthouse at this same location within Covington's central square. This iconic building has been featured in a number of television shows such as "The Heat of Night" and "Dukes of Hazard." Newton County was created by an act of the Georgia legislature in 1821 by creating a new county from pieces of Henry, Jasper and Walton Counties. 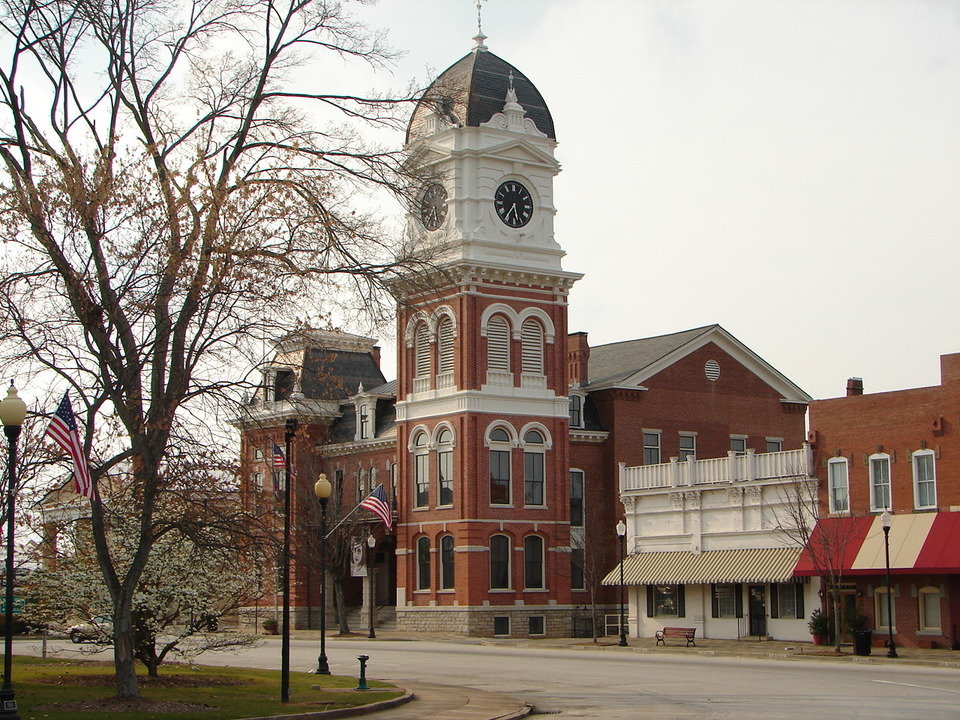 The Newton County Historic Courthouse was completed in 1884 directly north of the site of an earlier structure on the square in the center of Covington, Georgia. Newton County was taken from Henry, Jasper and Walton Counties in 1821 by an act of the Georgia legislature.
Covington is named for Leonard Covington, who rose through the ranks to brigadier general. Covington, under the command of James Wilkerson, began moving up the St. Lawrence River towards Montreal when he unexpectedly came on two crack English regiments under the command of Lieutenant-Colonel Joseph Morrison. Although the Americans outnumbered the British 5 to 2, they were soundly defeated because of Wilkerson's tactics. The engagement is known today as the Battle of Crysler's Farm, although the entry for Covington in the Senate guide lists the battle as Chrysler's Field.
It was know for it features in the hit tv series The Heat of Night which was about a police department in the town of Sparta. The series film locate landmark in the town of Covington.
http://roadsidegeorgia.com/site/ch_newton_county.html