You are vieweing item 3 of 4 in this tour. 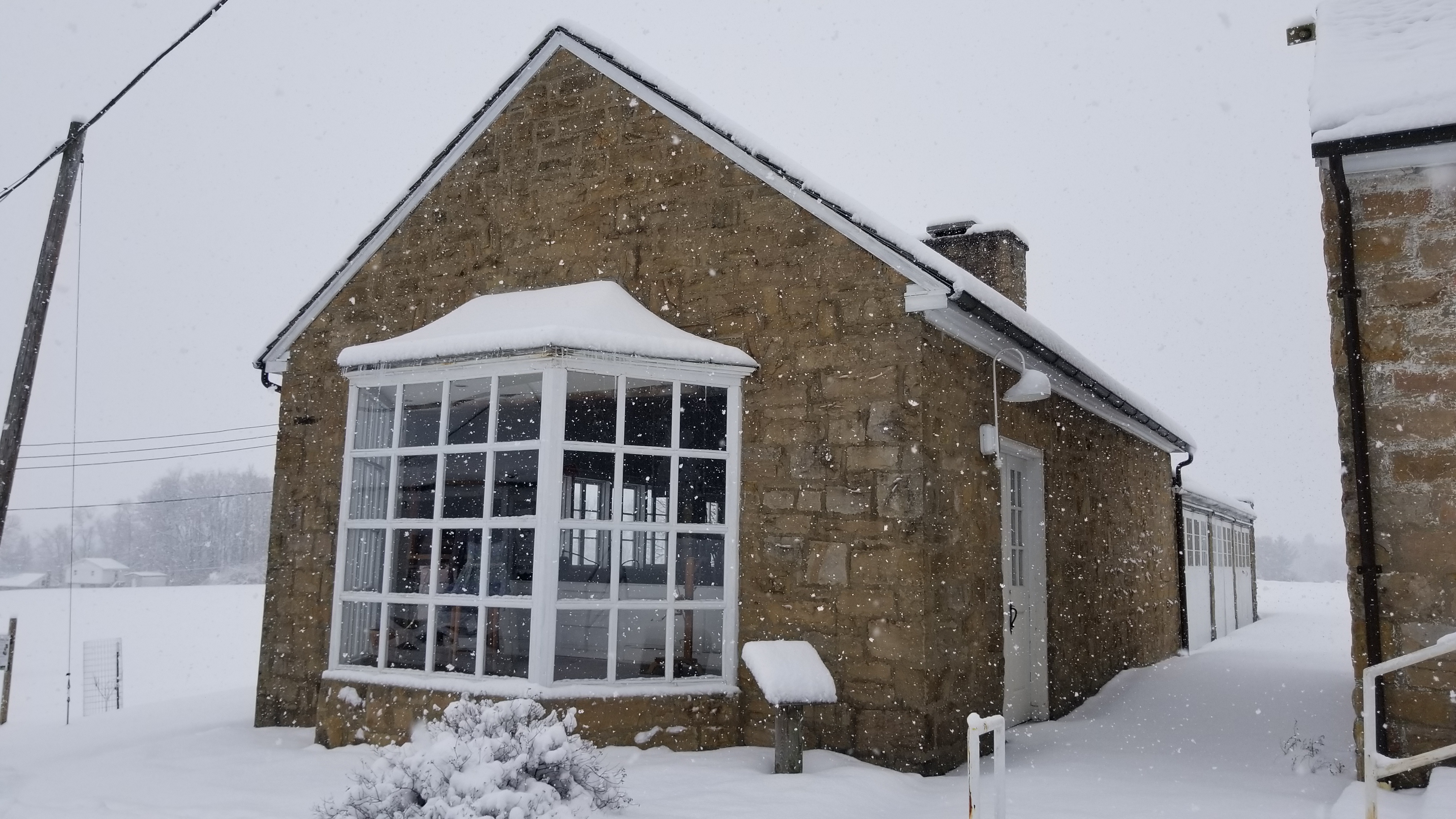 The Forge pre-restoration in the early 1980s 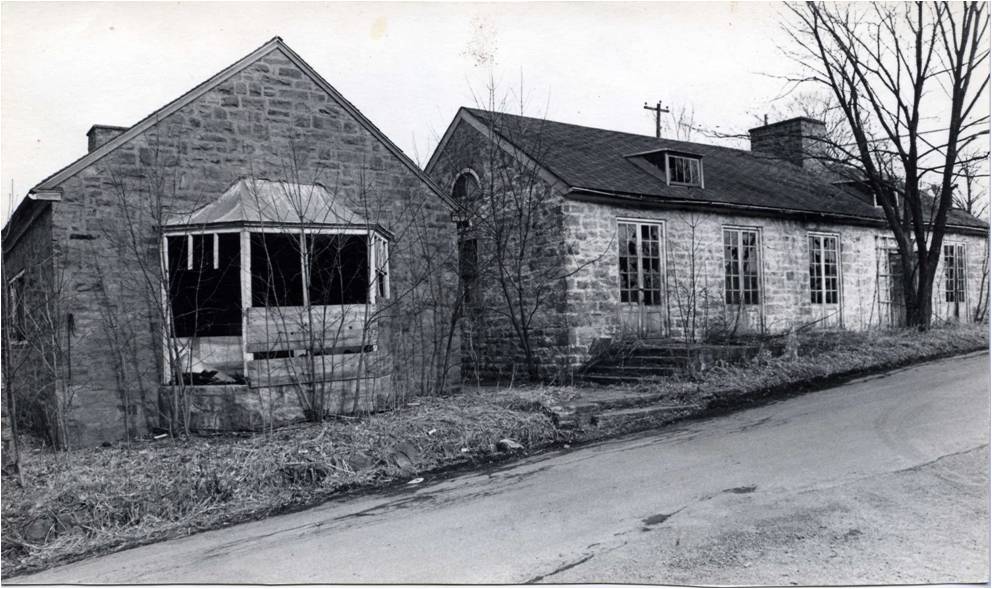 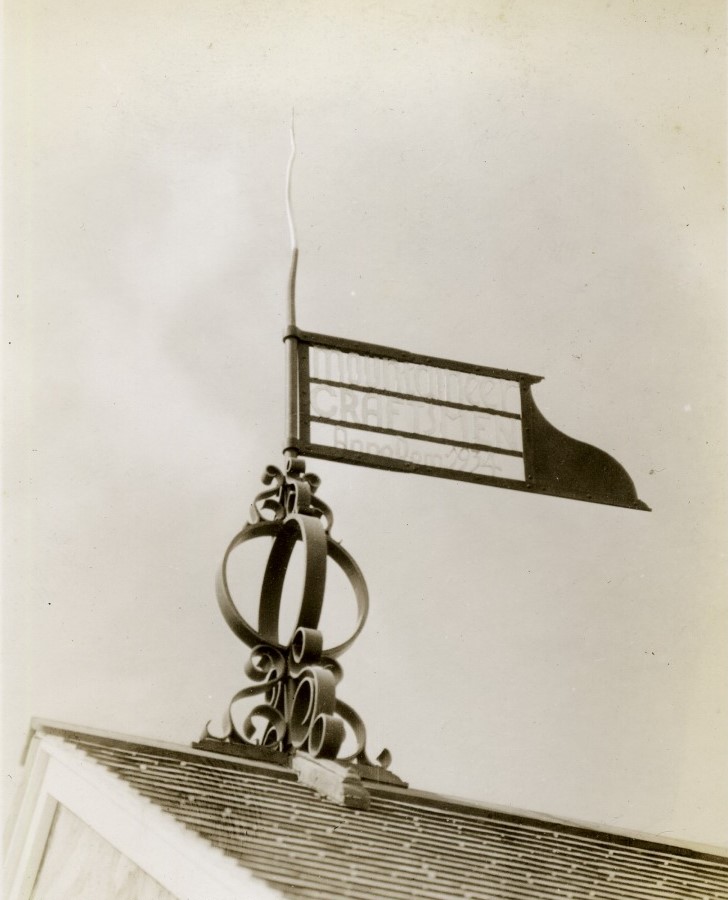 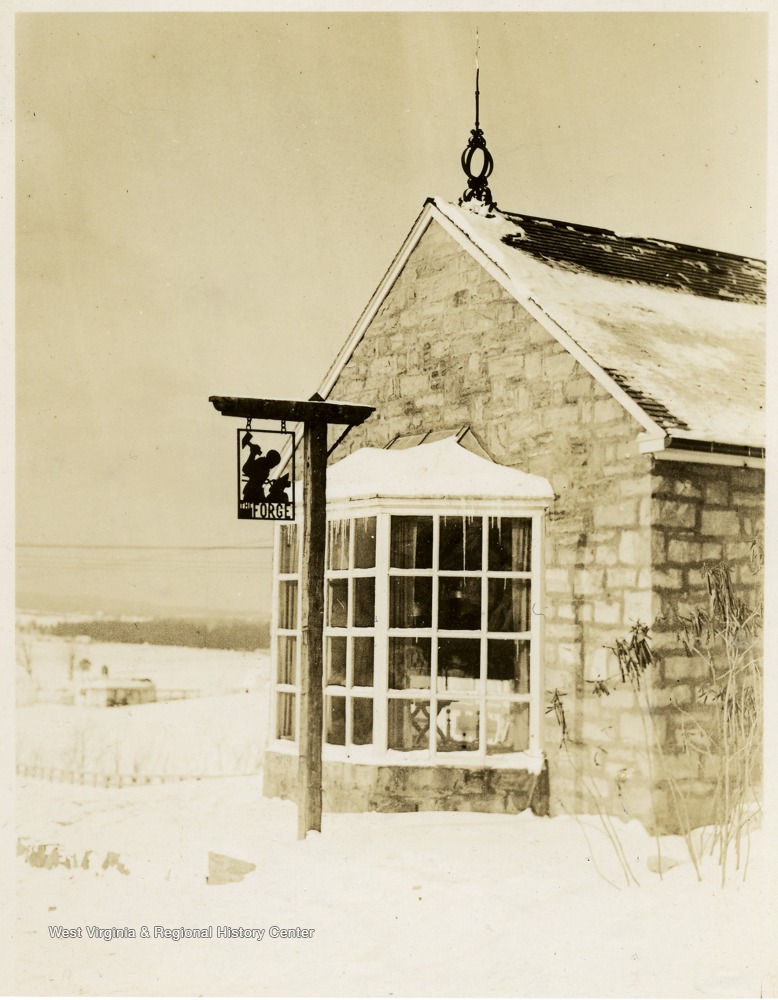 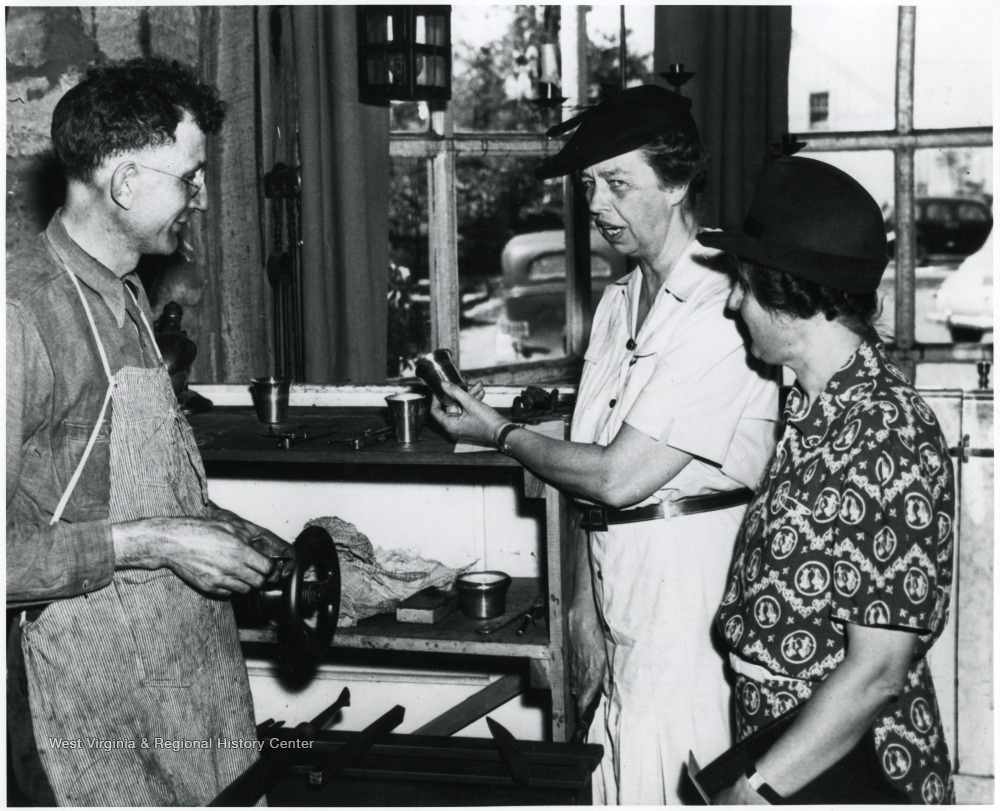 We like to call this "The Forge that Built Arthurdale." It was an important building since many metal items - from hand tools to nails - needed to be made. The Forge, located in the center complex, worked with wrought iron, copper, and pewter. The smiths produced locks, door handles, hinges, and fixtures for the homes and barns as they were built. They also made copper and tin light reflectors for the homes and buildings. They produced a line of Colonial reproduction pewter goods, decorative copper items, and traditional wrought iron wares like fireplace tools and wall hooks. These were sold through the Craft Shop and catalogs.

Arthurdale blacksmiths soon received a national reputation for the products they made. According to a 1940 MCCA catalog, the pewter knives, candlesticks, bowls, and plates made in Arthurdale had a "true antique finish [with the] charm of early American simplicity" and sold from 25 cents to $7 a piece. The American Federation of Arts even selected the MCCA pewter candlesticks for display at the 1937 Paris Exhibition to represent American craftsmanship.