You are vieweing item 4 of 4 in this tour. 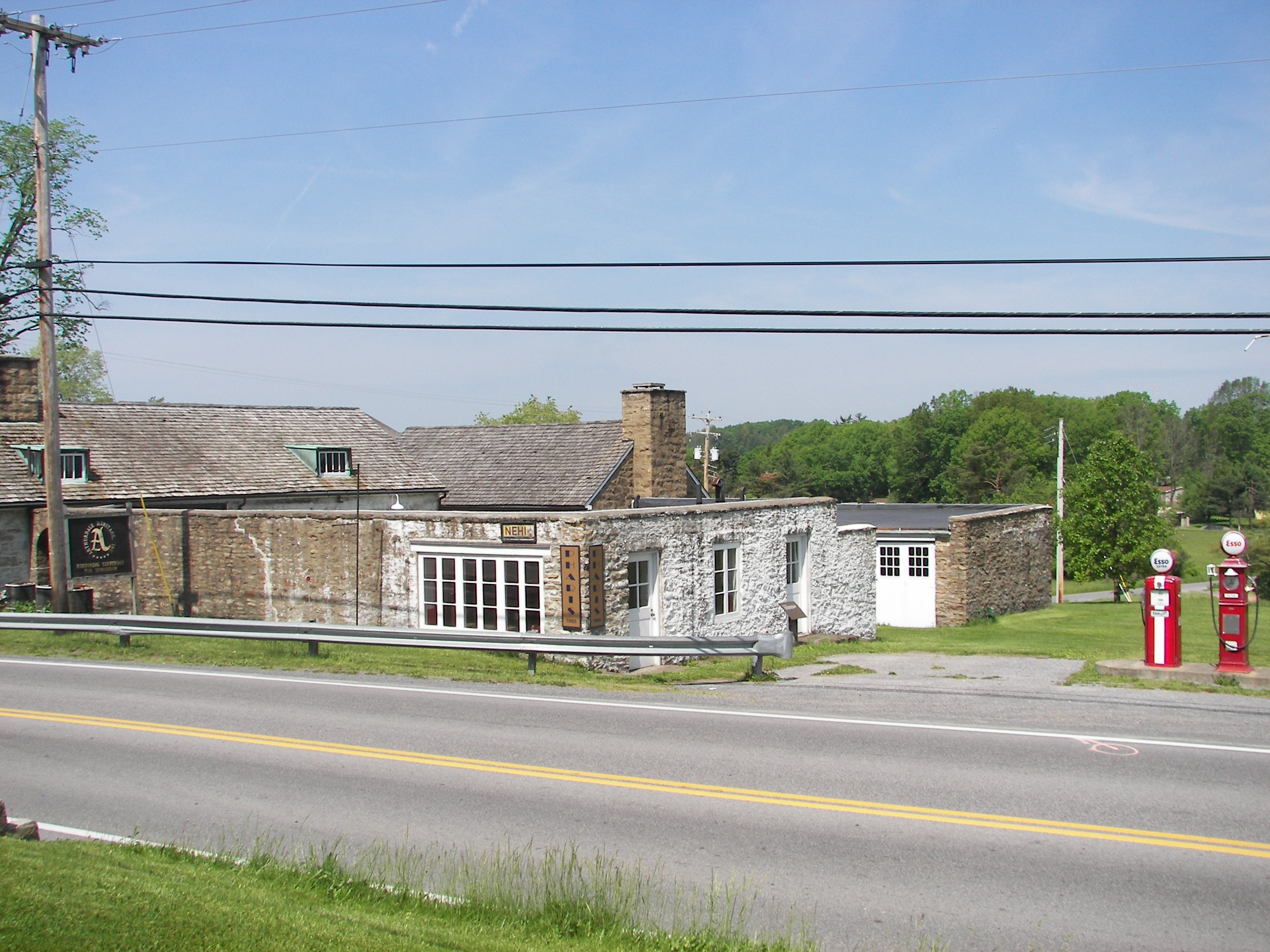 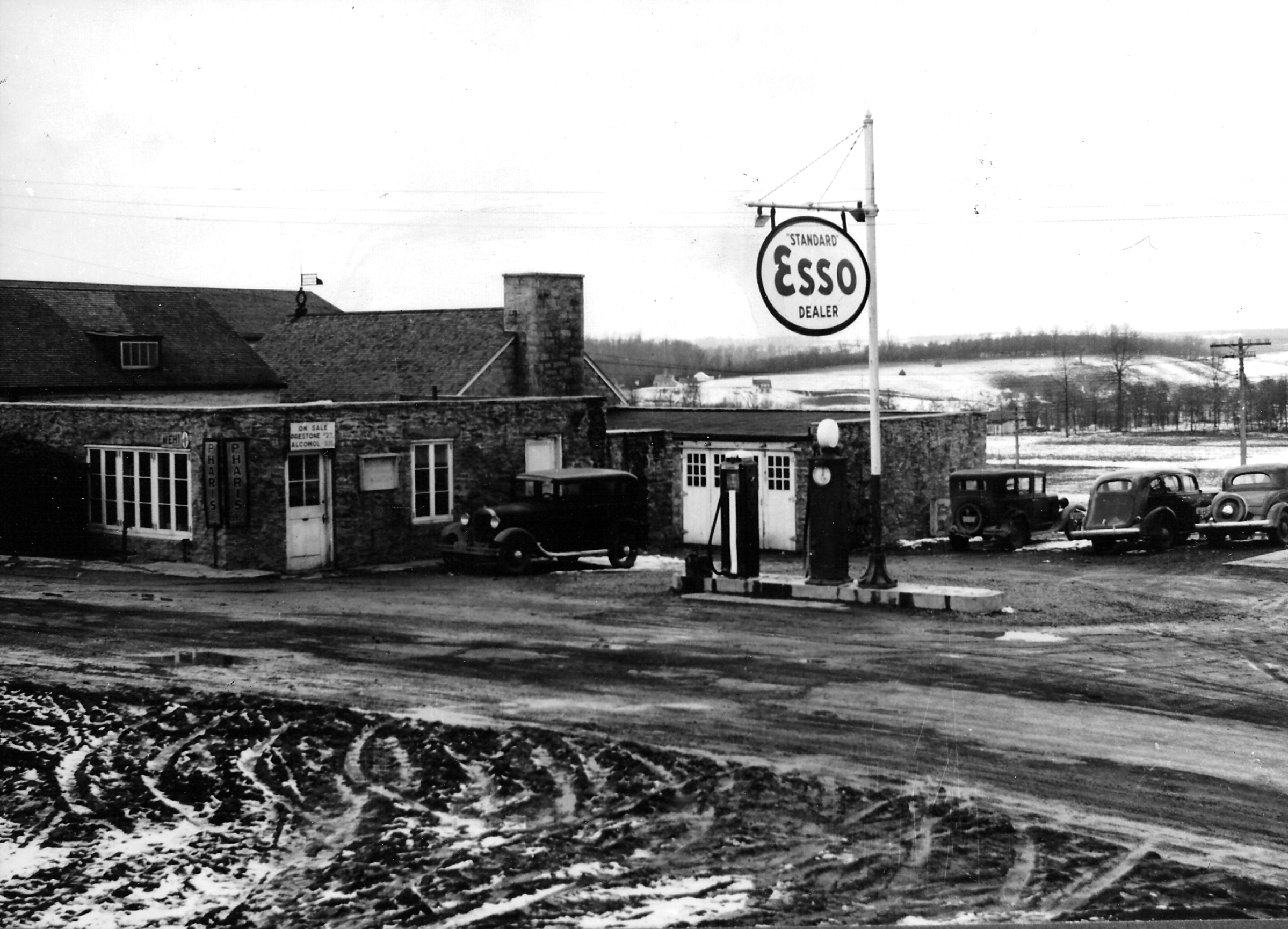 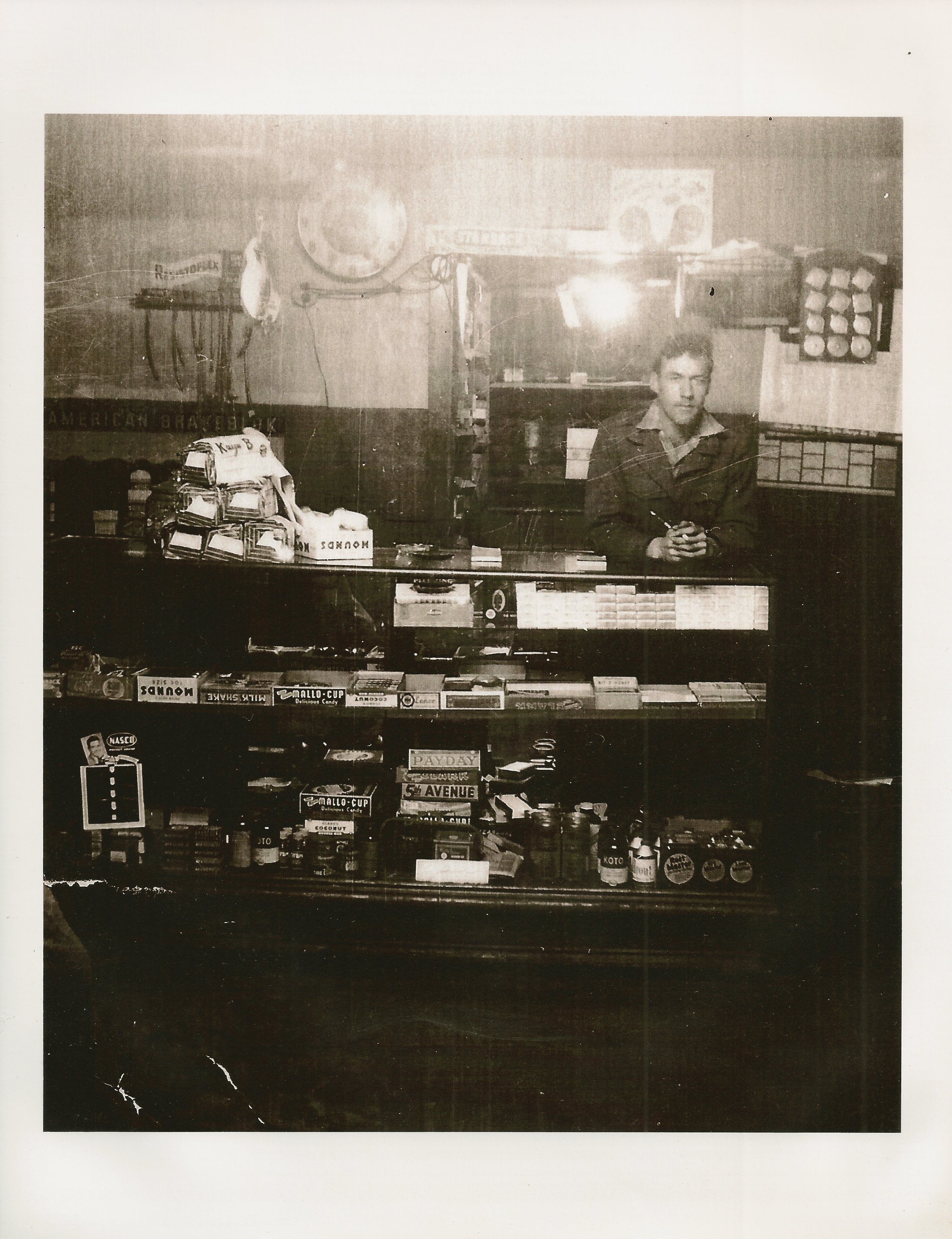 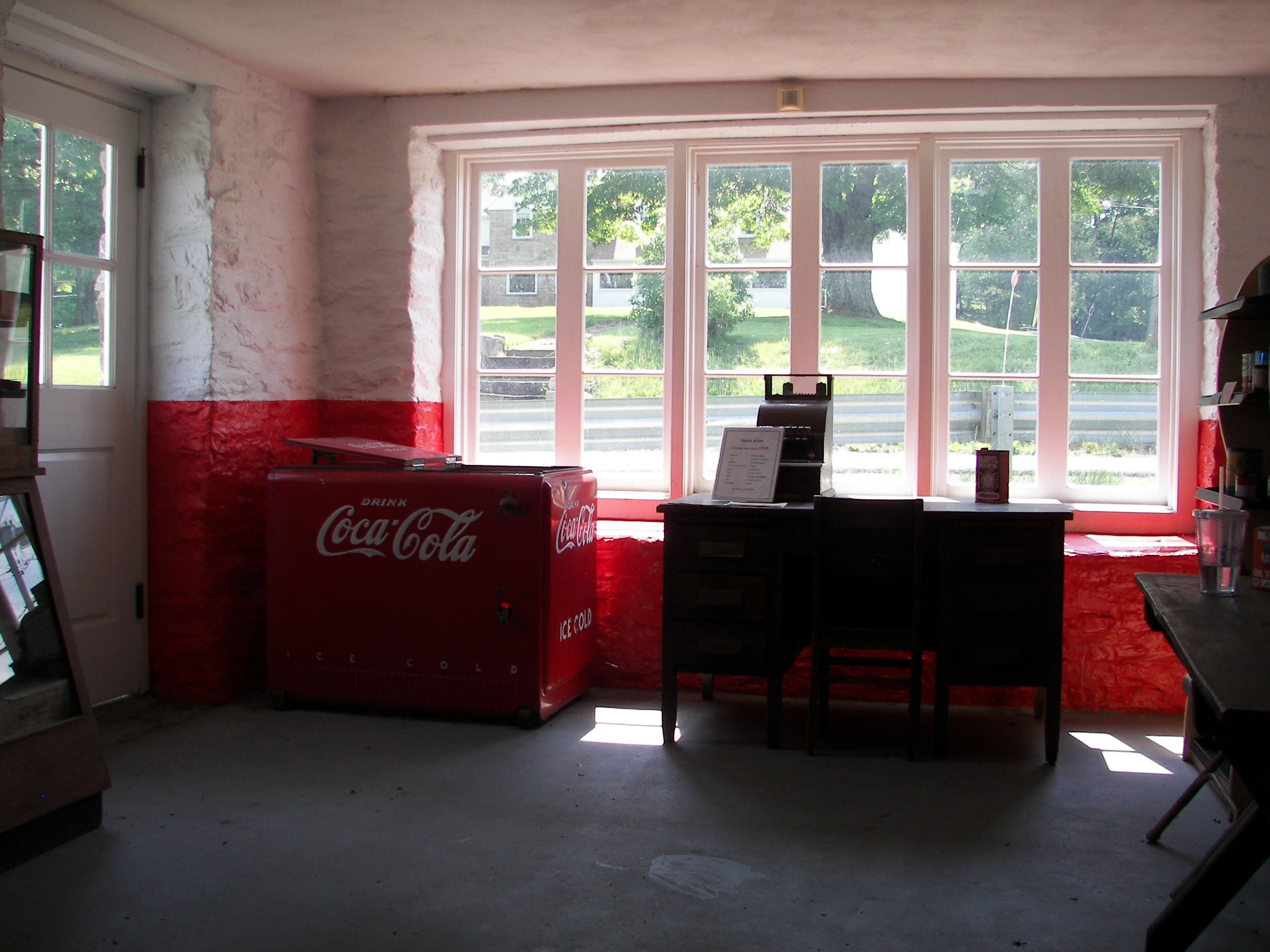 Esso interior in the 1980s before preservation 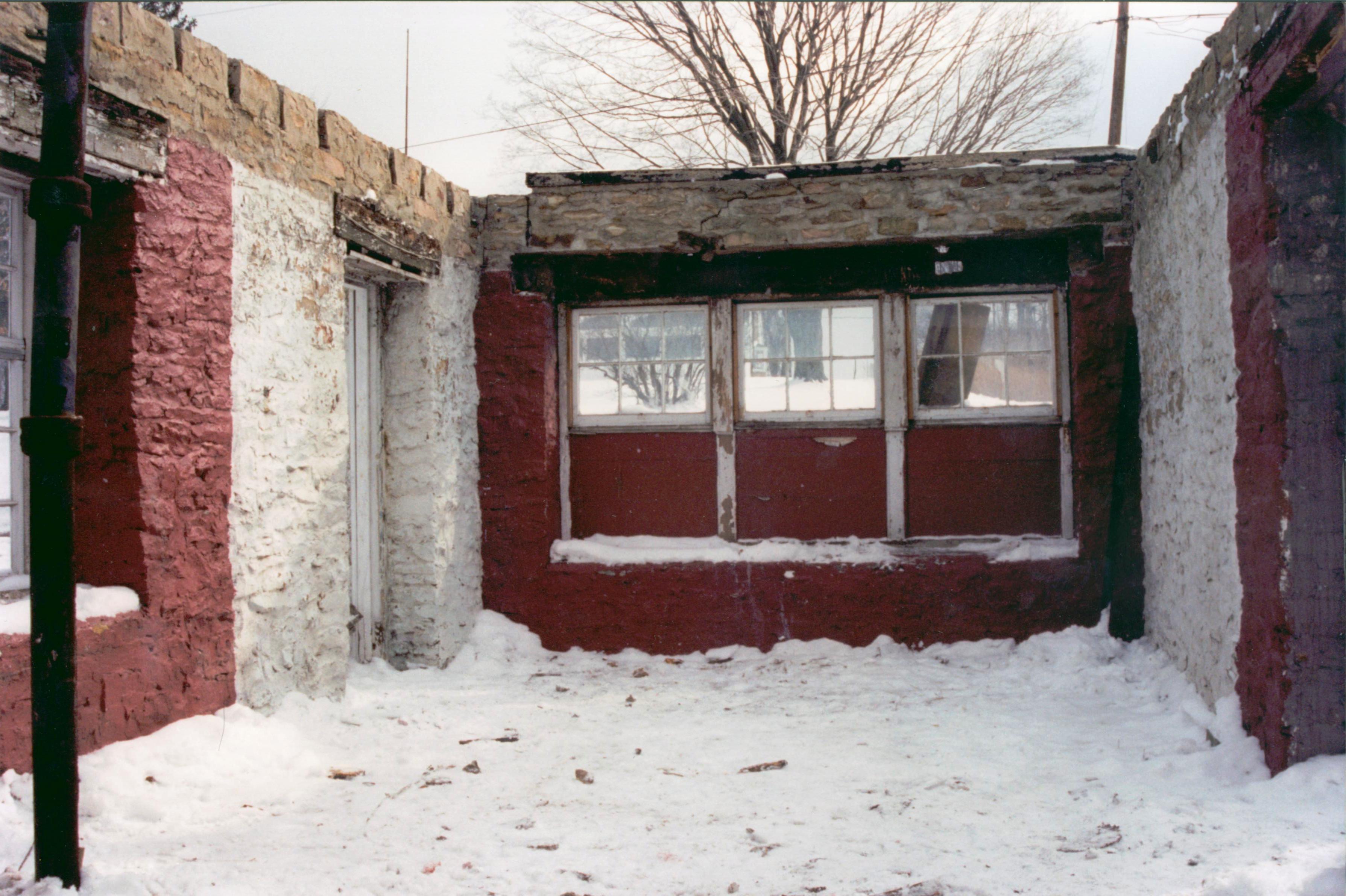 The Esso station at Arthurdale was an important asset to the changing modes of travel, particularly via automobile. It, like the Rural Electrification Act which brought electricity into the 165 homes at Arthurdale, was an effort in modernization by the federal government and the homesteaders who lived in the community. The Esso Station was one of twelve co-operative ventures at Arthurdale. This means that the businesses collectively owned by the co-op, in this case the Arthurdale Association, were managed, owned, and used by the community as a whole. This kind of business would ideally keep prices down for members while ensuring local involvement remained high.

Initial stock sold in the Esso in 1941 and at this point, visitors and homesteaders alike could use the station to fill their vehicles with gas, buy candy or tobacco, and get repairs done on their automobiles. Mostly, visitors and government officials would use the station, but as the economy stabilized, more homesteaders were able to purchase vehicles or tractors themselves and use the Esso more frequently. At the end of World War II, the Esso station was sold to various private owners including original homesteader families the Browns and Weavers.

In the late 1980s, the Esso station was purchased by Arthurdale Heritage, Inc., the non-profit organization that preserves, protects, and interprets its history for visitors from all over the world.