A photograph of the marker outside of the biology building. Photo from TuscaloosaNews.com. 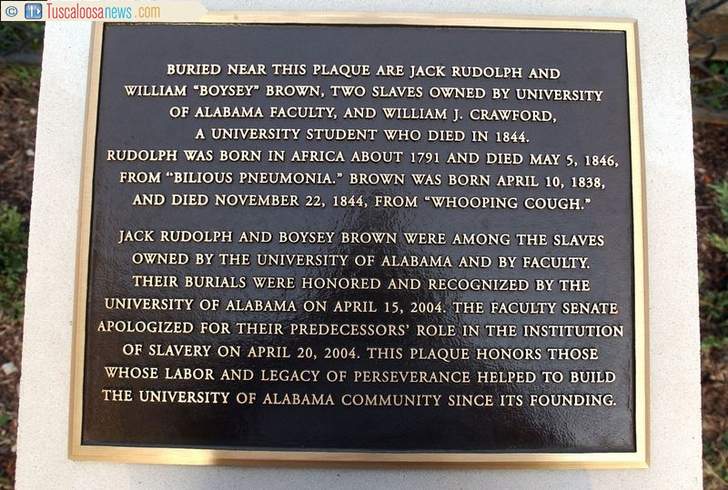 A photograph of the slave graveyard. Photo from CivilWarAlbum.com (http://www.civilwaralbum.com/misc18/ua7.htm) 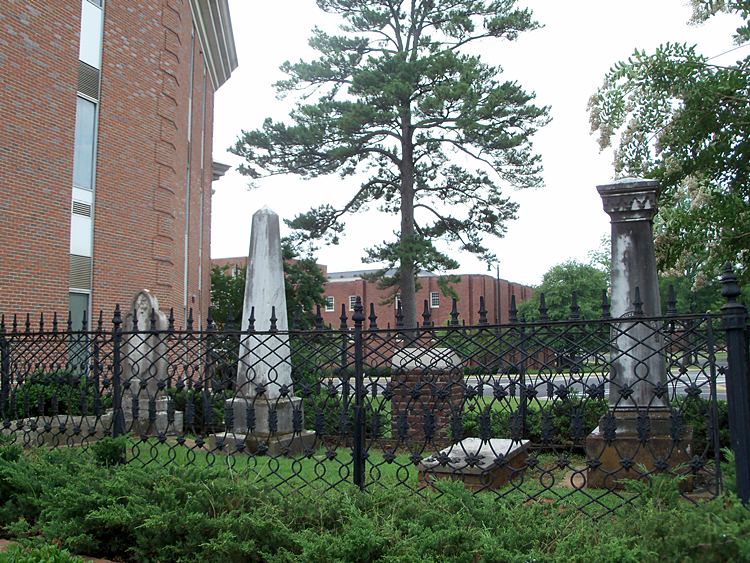 The university’s apology came after the research of law professor Alfred L. Brophy conducted research on the involvement and history of slavery on the campus of the University of Alabama. His findings are published in the book The Age of Apology: Facing Up to the Past.[1] After presenting those findings to the university’s Committee on Diversity and Inclusiveness, Brophy presented his research to the Faculty Senate on March 16, 2004 and asked the university to issue a formal apology for its role in the upholding and practice of the institution of slavery.[2]

The slaves whose graves are honored, Jack and Bosey, belonged to Basil Manly, one of the presidents of the university and the Chaplain of the Confederacy.[3] According to the memorial plaque, Jack Rudolph was born in African around 1791 and passed away on May 5, 1846 from “Bilious Pneumonia.” William “Bosey” Brown was born on April 10, 1838, and died November 22, 1844 from “Whooping Cough.”

On April 15, 2004, a memorial service was held at the site of the graves. This was followed by the University’s apology for its role in the enslavement of African and African American persons on April 20, 2006, specifically offering an apology for its role as a “promoter of proslavery thought.”[4]