This historic marker, erected in 1990 by the Sons of Utah Pioneers, sits outside the former home of Colonel Russell L Maughan. Demonstrating the future potential of commercial air service, Maughan became the first to fly across the United States within a single day's natural light. On June 23, 1924, Maughan's Curtis PW-8 took off from New York at dawn and landed in San Francisco just one minute before dusk. This was Maughan's third attempt to complete a continental crossing within a single day.

This marker honors Colonel Maughan, who crossed the continent within the daylight hours of a single day with the help of five well-orchestrated refueling stops. 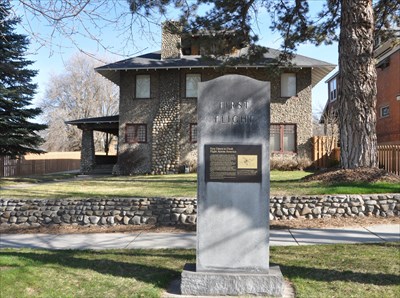 Weston Maughan, son of the late Russel Maughan, reads a tribute to his father at the monument's dedication ceremony in 1990. Photo by Carl Kuntze. 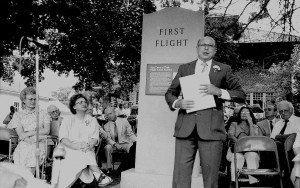 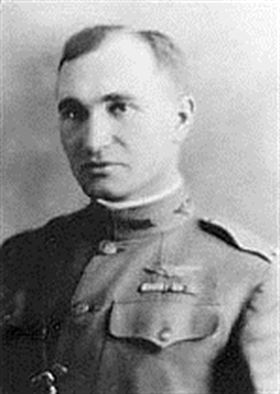 Maughan's aircraft averaged 150 miles per hour over the 18-hour flight. Modern commercial jets travel over 600 miles per hour and cover the same distance in about six hours. But in the 1920s, the ability to cross the continent in a single day was heralded by newspapers as a "Maughanumental" achievement.