This remarkable site marks the location of the first Anglo settlement in southeastern Utah. In October 1879, a large group of 250 Mormons set off from Escalante with the goal of establishing a mission in Montezuma along the San Juan River. They thought it would take 6 weeks if they took a shortcut. They were very wrong. It took six months and some places were not passable. They had to blast their way through sandstone cliff passageway (to make room for the wagons) in what is now called the Hole-in-the-Wall Trail, which can still be seen. By April, they arrive at this location and were too tired to continue, though their destination was 20 miles away. Having stopped near bluffs, they decided to stay because the land seemed promising for farming. Several of the original structures built in the coming years, including sandstone Victorian homes, still stand and have been restored. There is a visitor center that details the history of the settlement.

Row of replica cabins at the site 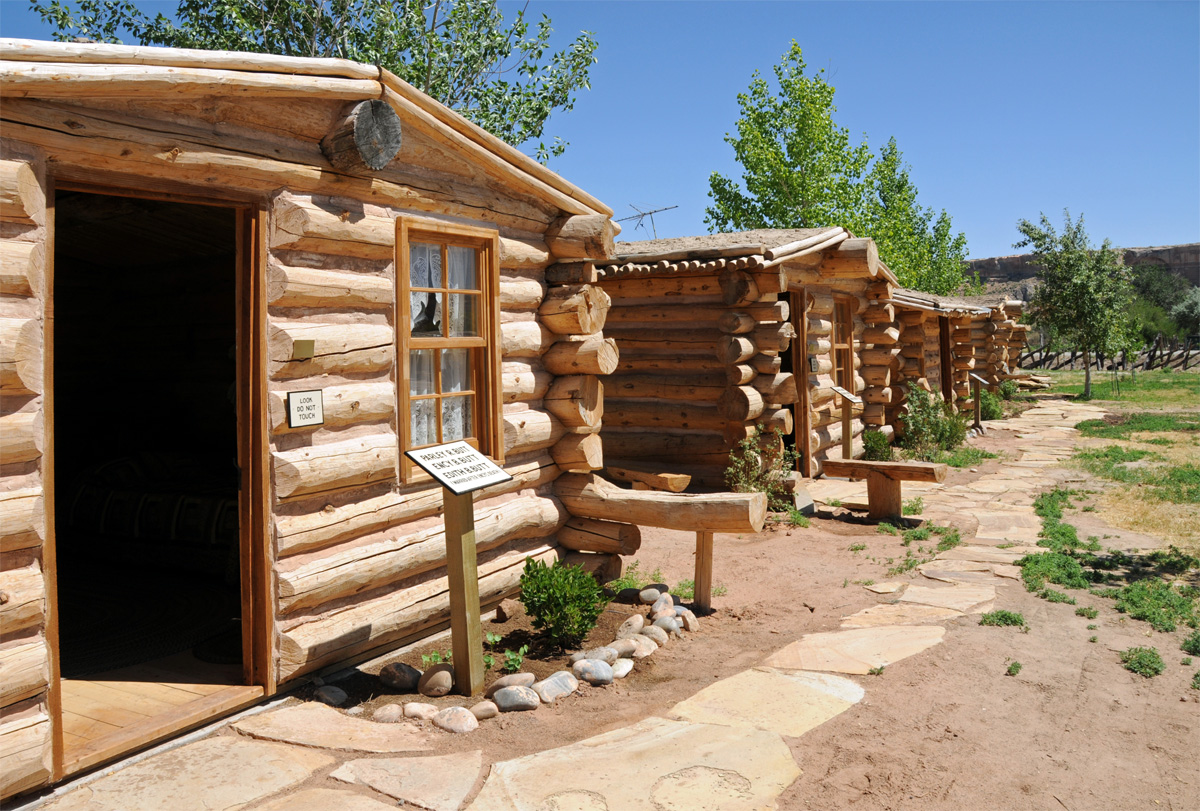 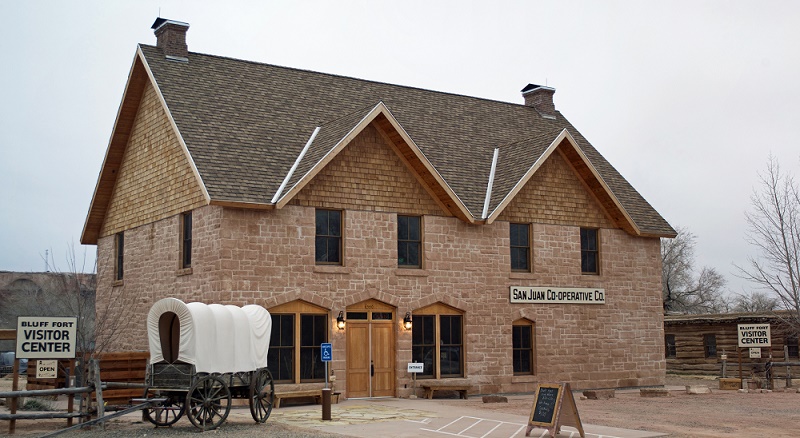 Inside one of the cabins 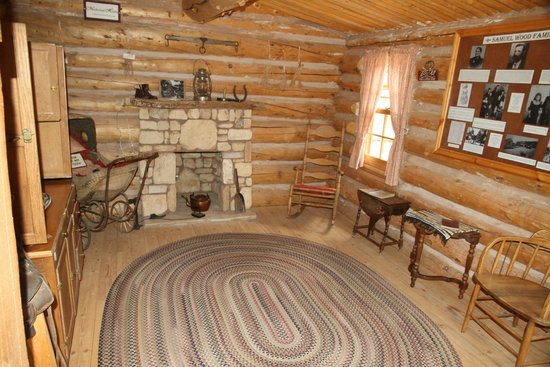 Bringham Young and other Mormom Church officials arrived in September 1880 to see what the travelers had accomplished. They recommended the settlers move their houses in the shape of a fort to protect against Indian attacks. After a couple of years, they moved houses away presumably because they safer. Farming proved to be unsuccessful due to flooding and drought, so the settlers switched to cattle ranching, forming a company to challenge other cattle companies. This venture was successful until about 1905.