In Bexley Ohio there is a memorial to all soldiers who fought in World War II.The Bexley World War II Memorial was erected in July of 1945 by its citizens. To honor all Bexley residents who served in the war. 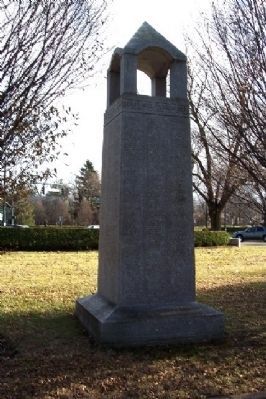 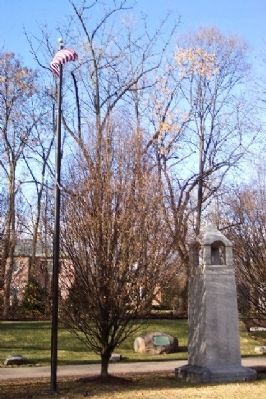 Photo shows park of the inscription 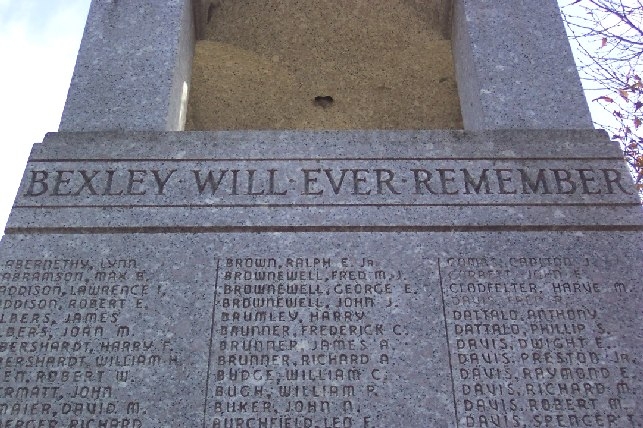 The granite obelisk was built to honor all those who served in WWII whether they died or not. It was more of a symbol of appreciation then a memorial when it was first built but it has become a memorial now since most of the veterans have died.
It was funded by two local Bexley groups: The Bexley Lions Club and Bexley American Legion Post 430. It is etched with the names of all Bexley World War II soldiers. it has the following inscription: Bexley will ever remember her men and woman in the Armed Forces of the U.S.A during the Second World War.
It was originally located on Bexley's main street in front of city hall but was moved to Drexel Circle in the early 1950s. Every Memorial day a ceremony is held to honor the fallen. It is attended by Bexley Veterans, city officials, and ordinary citizens. Taps are played and a wreath is laid.