This small cluster of historical markers share the story of the Civil War in this section of Tennessee. One of the markers connotes the birthplace of the only governor of the Confederate government of Tennessee. Another shares the history of a building that served as a hospital and the headquarters for the Army of Tennessee from Jan-July of 1863. This also serves as the start of the Tullahoma Campaign trail which includes markers that follow the movements of soldiers during the Civil War. These informational markers are the first in a series of markers that follow along the trail of the Tullahoma Campaign.

Markers located at this site as well as the small monument marking the location of the Army of Tennessee headquarters. Photo by Sharon N. Goodman. 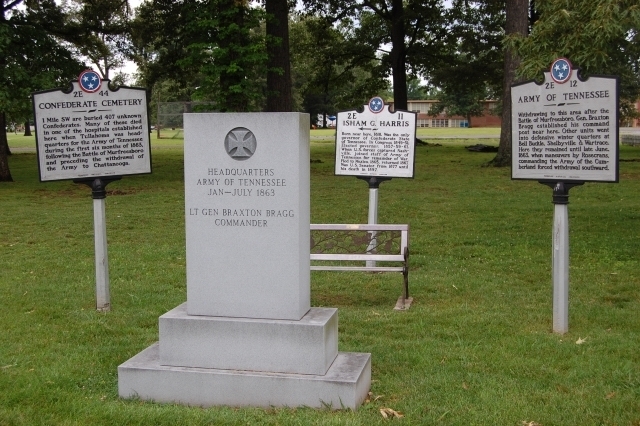 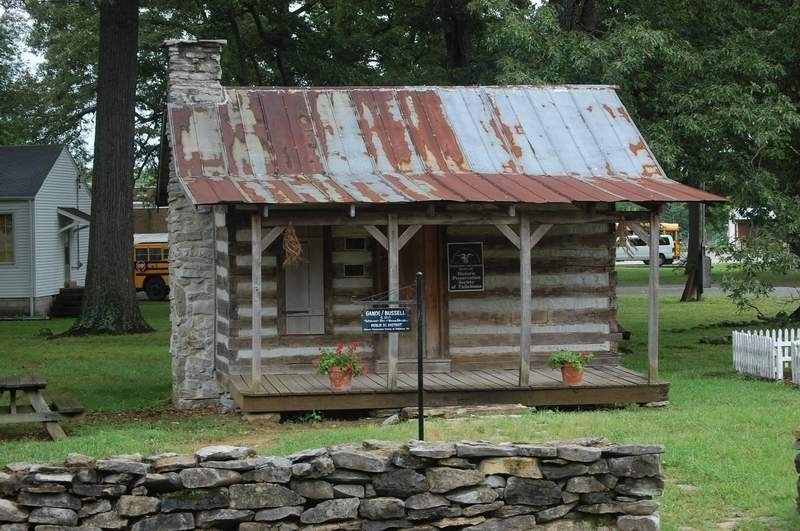 Following the events of the Battle of Murfreesboro, Tullahoma became the headquarters of the Army of Tennessee under the command of General Braxton Bragg. This headquarters became the longest undisturbed encampment of any Confederate troops in the war. The soldiers were stationed here until the ever-advancing Union troops, under the command of Major General William S. Rosecrans, forced a retreat to Chattanooga. Following this retreat, the Union Army controlled the vast majority of Tennessee.

Another point of interest located near this site is a small log cabin which can be seen from this cluster of markers. This cabin, known as the Ganoe-Bussel cabin, was purchased by the Ganoe family in 1898 and used by their descendants until 1975. The cabin itself likely predates its purchase as evidence by its general structure as well as the building practices used in its construction. This small one-room home is likely the oldest building in all of Tullahoma.