Across from a historic cemetery, stands a two story brick building that was used as the county jail. It was built in 1904 for only $6,738 to hold the criminals of the city of Southport and Brunswick county for more than 70 years. Visitors can visit the now museum to get a look into the history of 20th century law enforcement.

Jail living quarters where jailers and their families lived downstairs below the prisoners. 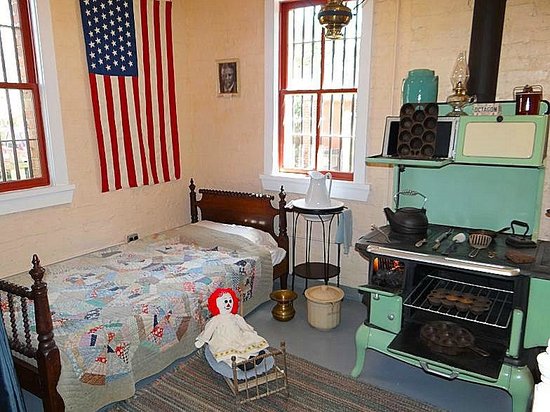 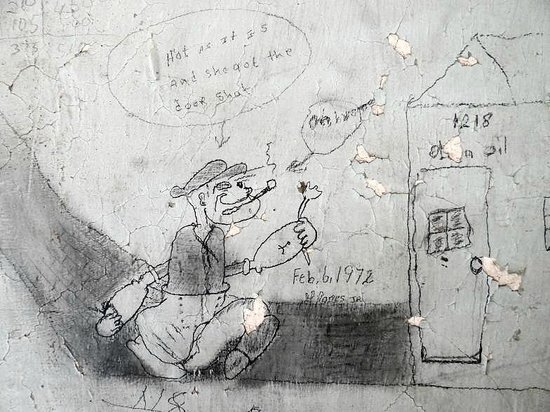 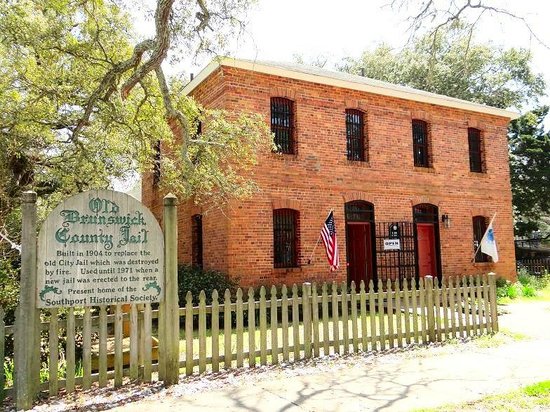 Information placard at the jail 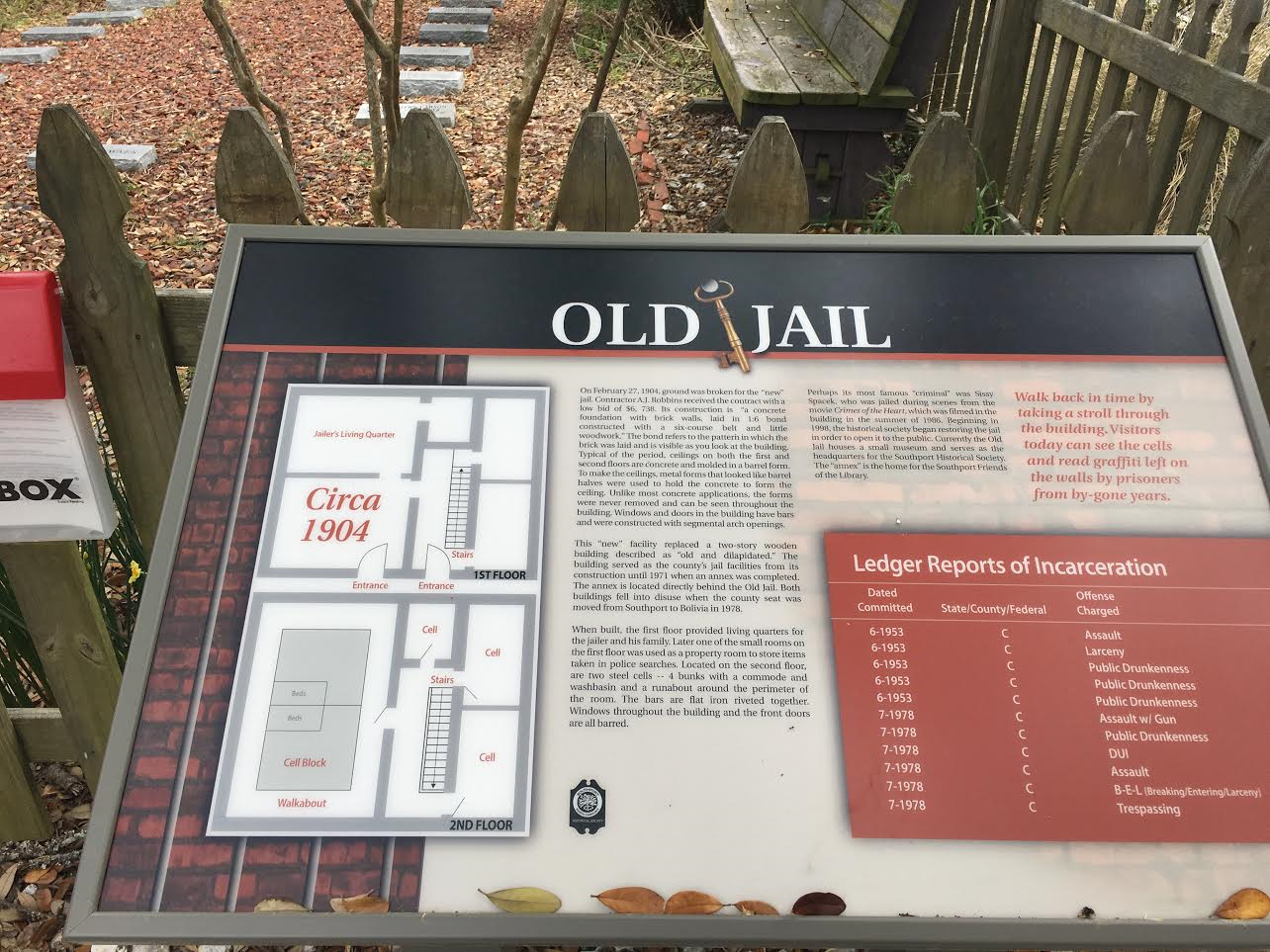 On the corner of Rhett and Nash Streets sits the historic Brunswick County jail. It is across from another historic site, the Old Smithfield Burying Grounds. The jail was first built in 1904 to recover the old jail when it was ruined by a fire.

Although it is no longer booking criminals, visitors can take a tour and get the feel of what it was like to live out a sentencing. The jail contains a runabout and two cells on the second floor with four bunks, a wash basin, and a commode in each cell. The cells are made up of flat cast iron bars attached together, which also covered the windows. The downstairs housed the jailer and his family.

After looking at where the prisoners lived, visitors can take a look into what they did in all the time they spent there. There is original prisoner graffiti written on the walls on the second floor. After all the convicts left for good, the jail was used as part of a movie set. In a 1986 film, actress Sissy Spacek starred in "Crimes of the Heart" where multiple scenes were shot inside the jail cells.