Ahavath Gerim Synagogue was founded in the early 20th century and is located in the oldest Jewish temple in Vermont. It is a Modern Orthodox congregation with a community of 50 families. The building itself is listed on the National Register of Historic Places and was constructed in 1885 for Congregation Ohavi Zedek, which is now located in a 1952 building just to the east on Prospect Ave.

The Ahavath Gerim Synagogue was built in 1885. 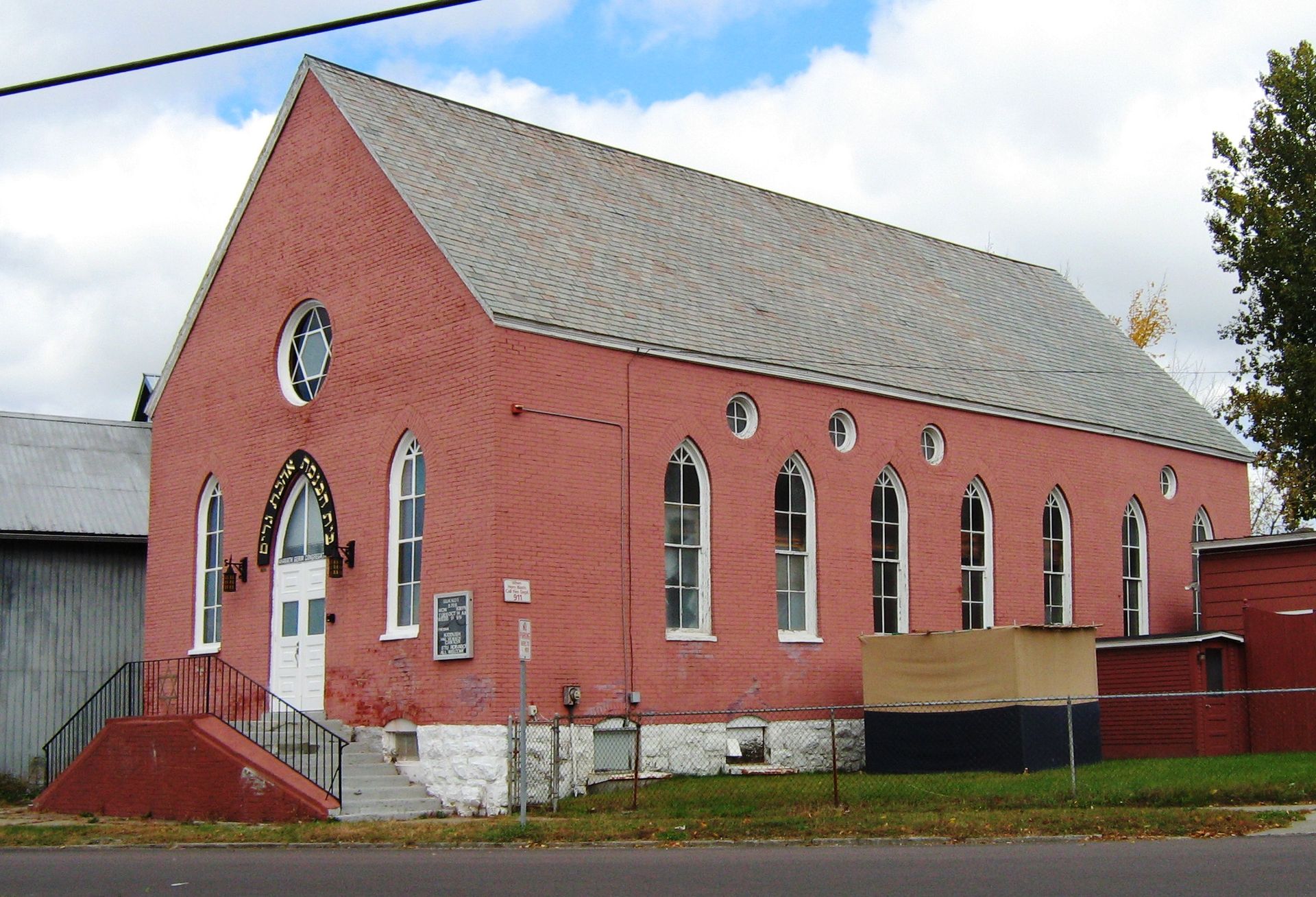 The congregation has not been active the entire time since its founding. It first met in a house for several decades before purchasing the temple building in 1952. By the 1980s the membership declined and the congregation existed only as a Chevra Kaddisha (a burial society) and cemetery. An attempt was made to form a new congregation but this did not last. Another attempt occurred in the mid-90s to the mid-2000s but this was also shortlived. Finally, in 2011 or so the current iteration of Agavath Gerim was established.

*Please note that the National Register of Historic Places Nomination form states that the congregation formed when members of Congregation Ohavi Zedek decided to stay at the temple rather than move to the current temple that congregation built in 1952. The history stated here, which is taken from Agavath Gerim's site, is probably the right version.