Fort Hill Earthwork is located in Highland County, Ohio in close proximity to Brush Creek. It is at times referred to as a Hilltop Earthwork being that it is not a singular oddity in the presence of hill top Earthworks. Another example can be found at Fort Ancient in Oregonia, Ohio. Fort Hill has been surveyed having a total length of 8,619 feet and encloses approximately 35 acres. The original survey dating from 1846 ponders its use as a defensive position. It contained ponds for water sources and modifications to the hill, while building the wall, which make it seemingly impossible to climb leaving few avenues of approach. 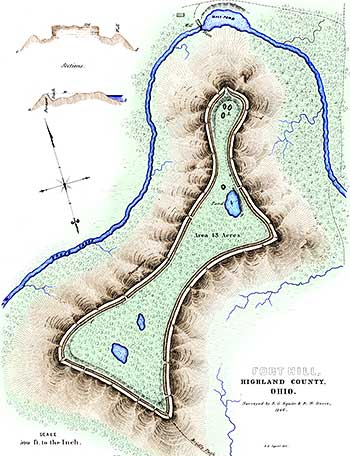 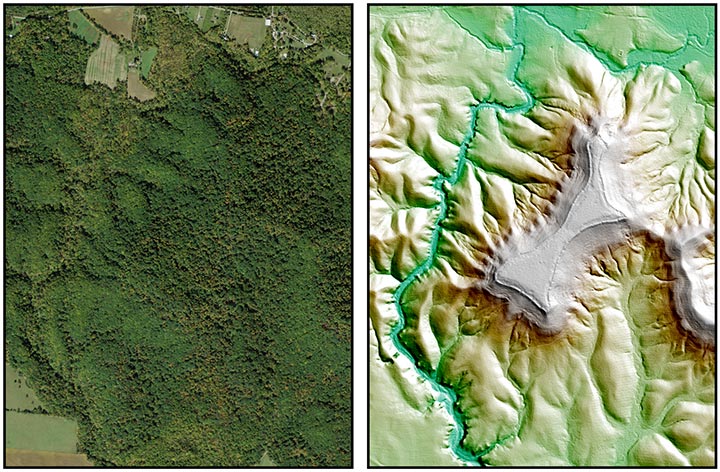 Having stood for approximately 2000 years the walls themselves have given much back to nature. The hill is heavily wooded with the whole area now serving as a nature preserve. The 1300 acres included within the Fort Hill preserve is considered to be one of the best contiguous examples of temperate deciduous forest that once covered much of the eastern part of the United States.

Today this area is used for hiking and bird watching. Its original use is lost in time. However, it has been speculated that it may have had defensive uses having Thirty- nine manmade gateways or openings in the walls for the entirety of their length. It is known that thirty-six are ancient in origin with the other 3 having unknown origins. These gateways could have had wooden covers that would have been removed for defensive purposes. Their removal allowing the occupants to use the bastions or curves of the walls as lines of fire for encroaching enemies. Other uses for the site could have been ceremonial with the gateways being used for any number of reasons from seasonal shadow casting to equinox calculation.

The walls follow the natural contour of the hill and have a ditch running the entire interior length of the walls. The ditch is terraced and is believed to be the source of the materials for the walls themselves. The walls range in height from 6 to 15 feet and maintain a base of 30 feet. Calling them walls may be misleading because they are not made of bricks like modern walls. Instead they are made of piled up soil that was let to run down the sides of the hill adding to its steepness.

The culture that is most likely responsible for building this hilltop earthwork is the Hopewell. This same culture is given credit for a large number of geometric earthworks located along the Ohio River’s flood plains. These flood plains would have looked immensely different a few hundred years ago and even more different a couple of thousand years ago. With the absence of modern water harnessing techniques such as levees and damns the Ohio River would have acted much like the more well know Nile River in Egypt. These ancient cultures are known for having extensive trade routes that utilized the rivers. The flooding would have also brought sediment to the land making it a more fertile place to grow crops.