The Concord Covered Bridge at Ruff's Mill and was completed in 1872 and is the only remaining covered bridge in Cobb County that is open to automobile traffic. The bridge crosses Nickajack Creek and is also the most-used covered bridge in the state of Georgia. Ruff's Mill is located adjacent to the bridge and was the location of an 1864 Civil War battle. The bridge is approximately 130 feet long and 16 feet wide. A historical marker near the bridge offers a concise summary of the Civil War battle. The bridge is one of the contributing properties to the Concord Covered Bridge Historic District, which was created in 1986 and includes the Concord Woolen Mills, Ruff's Grist Mill, the Henry Clay Ruff House, the Martin Luker House, the John W. Rice House, and the John Gann House. The mill and bridge are listed, together, on the National Register of Historic Places. 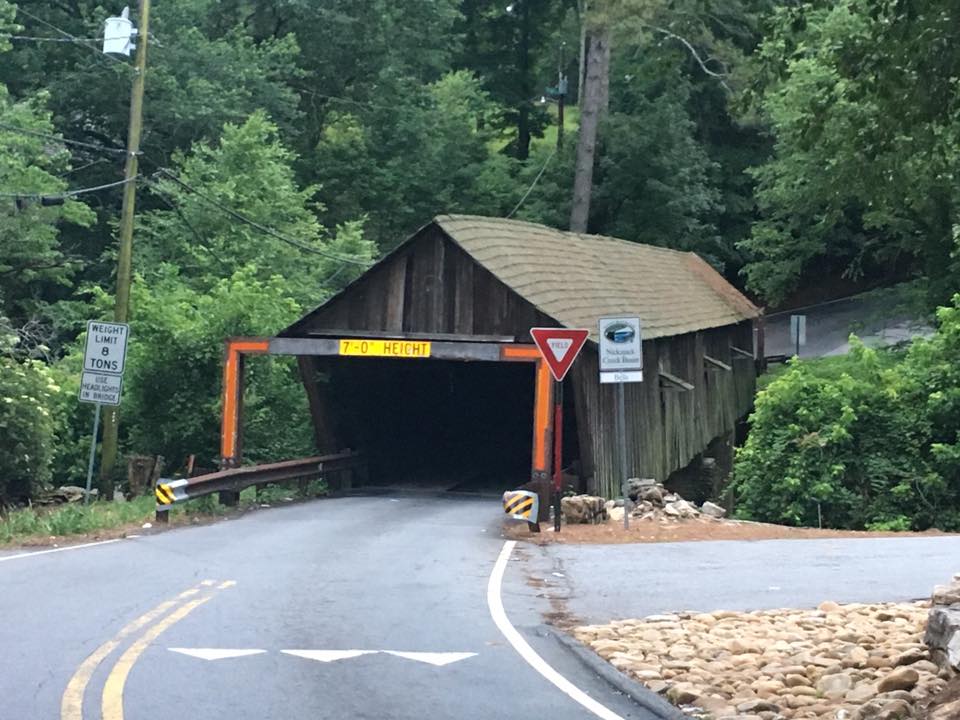 Historical Marker at Ruff's Mill that describes the battle in 1864. 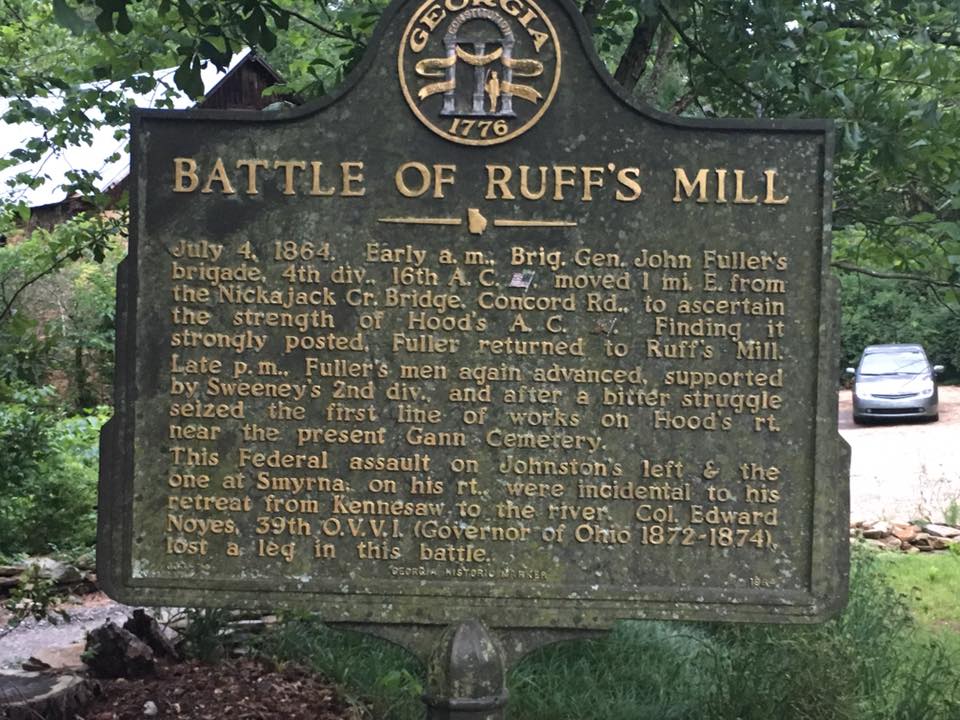 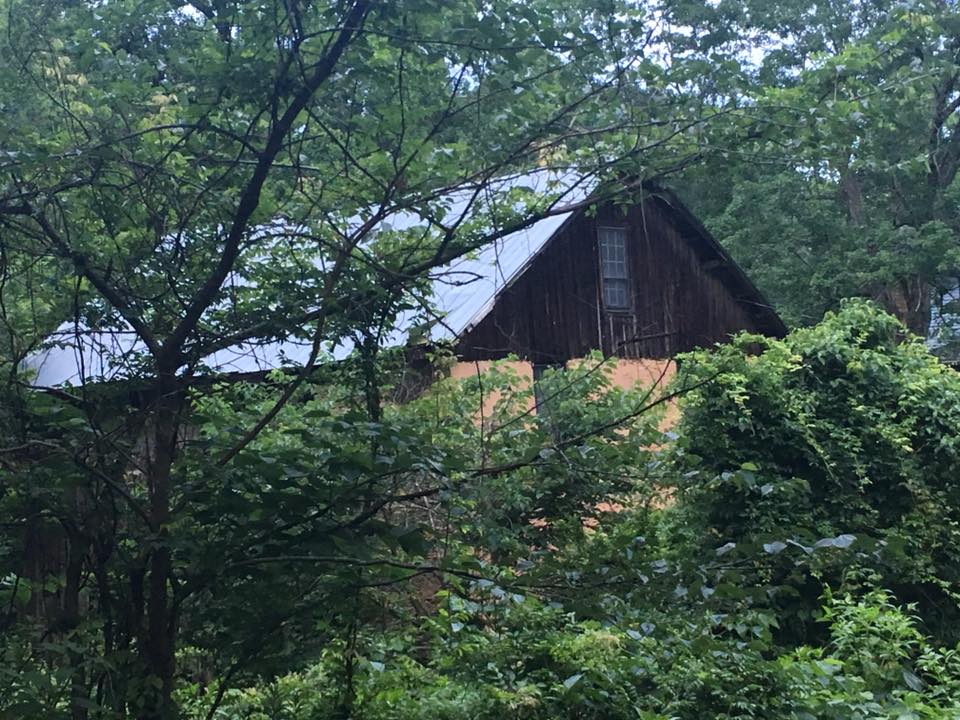 Concord bridge below is Nickajack Creek 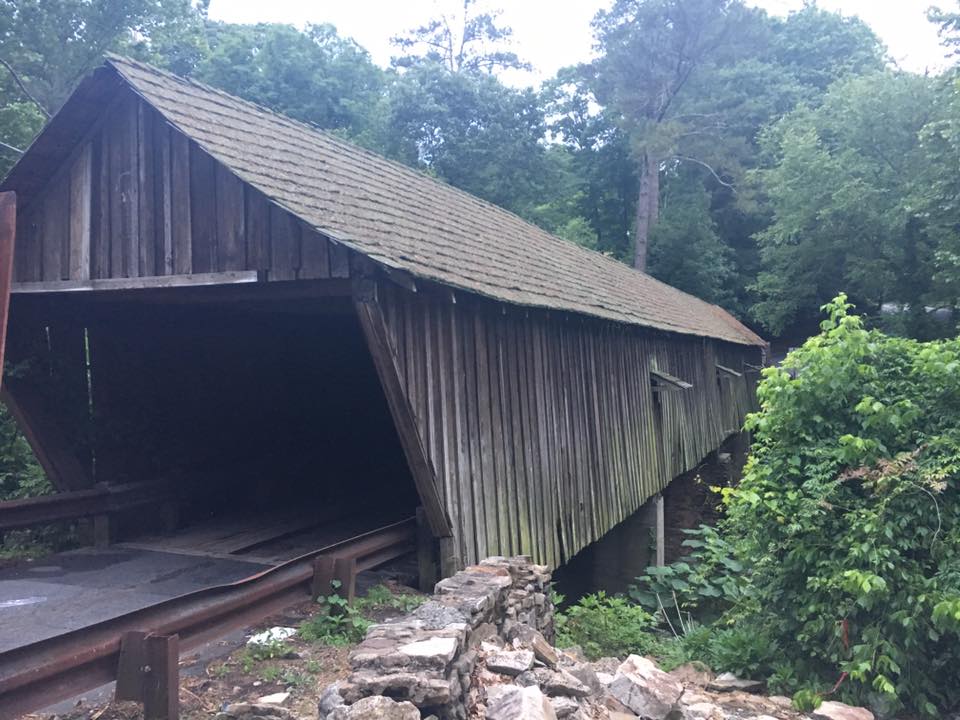 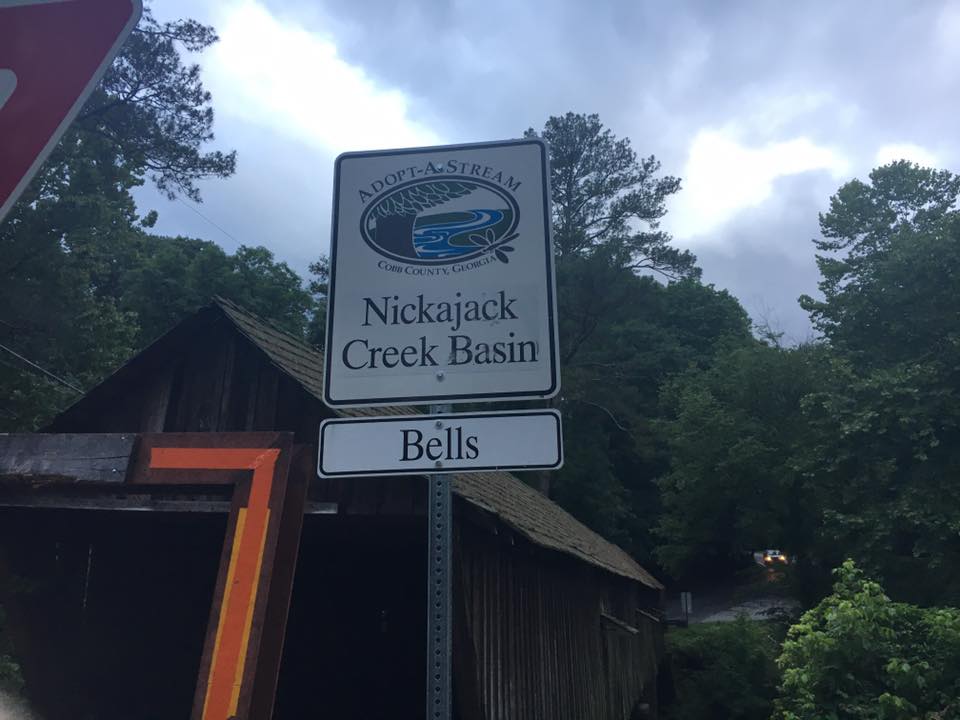 The first bridge across Nickajack Creek was created in the 1840s. In order to create a more permanent bridge with a structure that was protected from the elements, this bridge was constructed in 1872. The bridge was updated in 1965 to accommodate modern vehicles that tend to be wider than the wagons and early motor vehicles that crossed the bridge in its first eight decades of use. The roof of the bridge was repaired in 1973 and in 1983 crews added a cedar shake roof. The bridge sees much less traffic today than at that time owing to the completion of the adjacent East-West Connector in the 1990s.

In 1856, Martin Ruff acquired the land The mill survived the Civil War and a small battle took place near the property in July 1864. In this battle, federal troops coming from Tennessee and on their way to Atlanta met and clashed with Confederate soldiers in Marietta and Smyrna along Nickajack Creek. In October 1864, Sherman sent a small force back to this area to protect his supply lines. Union soldiers manned defensive earthworks that had been created by Confederate soldiers in July but did not engage Confederates under General Hood who were operating in the area with the goal of attacking railroads and telegraph lines to disrupt Union communications and disrupt Sherman's supply train.

The bridge as been updated to support modern vehicles. It is mostly composed of heart-pine timber and iron rods it as been reinforced with steel beams and thicker wood planks. Concrete supports were added as well. Traffic through the bridge is heavy, in fact out of the few bridges of this style that remain in Georgia Concord Cover bridge as the highest volume of traffic. The bridge and mill are both significant to Georgia's historic architecture dating to the mid to late nineteenth-century rural complex which are historic resources that are quickly disappearing in Georgia.

Created by Joshua Armistead (Instructed by Jennifer Dickey, Kennesaw State University) on May 24th 2017, 12:58:11 am.