Joseph Rodman Drake was a physician in the early nineteenth century. He was born on August 7, 1795. In his early life, Drake had aspirations of being a poet, which he pursued with some success. His works include "The Culprit Fay” and “The American Flag.” Sadly, Drake died at the age of twenty-seven. He was buried in the Hunt's family cemetery. Drake was a family friend of the Hunt family. After Drake's death, his widow published a collection of his poems under his name. The Joseph Rodman Drake Park was named in honor of Drake in 1915.

Graves in the Park 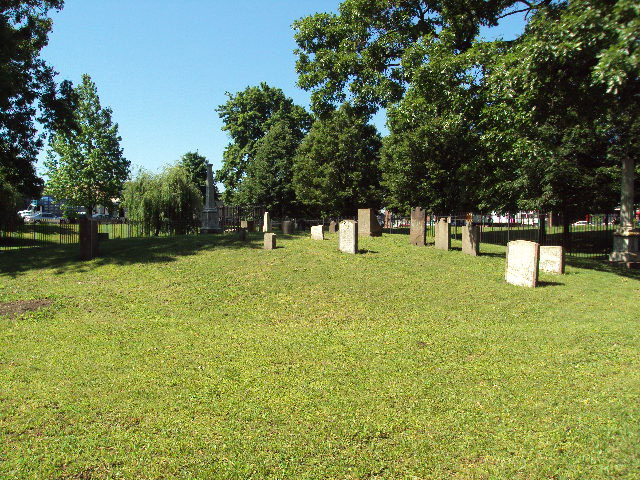 Path through the Park 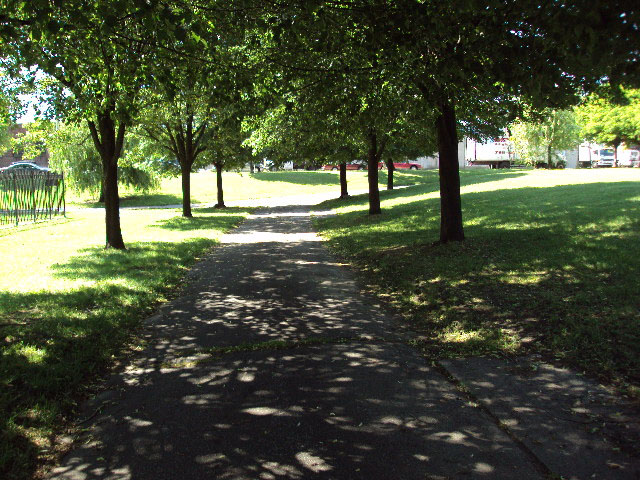 The Joseph Rodman Drake Park was dedicated to Drake in 1915. The park is located in the Hunts Point area of the Bronx between Hunts Point Avenue and Longfellow Avenue. The land where the park resides has a heritage that includes once being a Weckquaesgeek Indian settlement. The land was acquired by Thomas Hunt in the 17th century. The surrounding neighborhood, called Hunts Point, is named after Thomas Hunt.

Born on August 7, 1795, Joseph Rodman Drake was a physician and poet who grew up in the Bronx during the first quarter of the nineteenth century. Drake was a family friend of the Hunt family, and he frequented their property, particularly as a child. When Drake was young, he studied poetry with aspirations to pursue it as a career. However, in 1813, Drake decided to spend time studying medicine, but this did not end his writing careers. In fact, after his death at the young age twenty-seven from tuberculosis, Drake's wife published a collection of poems that he had written over the years. Among literary circles, Drake is known for his poems about the Bronx area. Some of his popular works include “The Culprit Fay” and “The American Flag.” He also published a series of satirical poems called "the Croaker Papers," which Drake co-wrote with fellow poet Fitz-Greene Halleck.

Drake was buried on the Hunt family property, which was a place of inspiration for him as a child. There are over 40 grave markers included in the cemetery other than Drake's. These markers include names from prominent families who helped develop the area during its infancy. In 1905, the grave site was supposed to be destroyed, but local literary enthusiast saved the cemetery. In 1915, after the park's dedication, a seven-foot marble shaft was placed at Drake's gravesite by the Bronx Society of Arts and Science.