“Site of the first catholic church of Our Saviour 1854-1868” This is the only Catholic congregation in Jacksonville. Mostly populated with Germans and Irish immigrates. 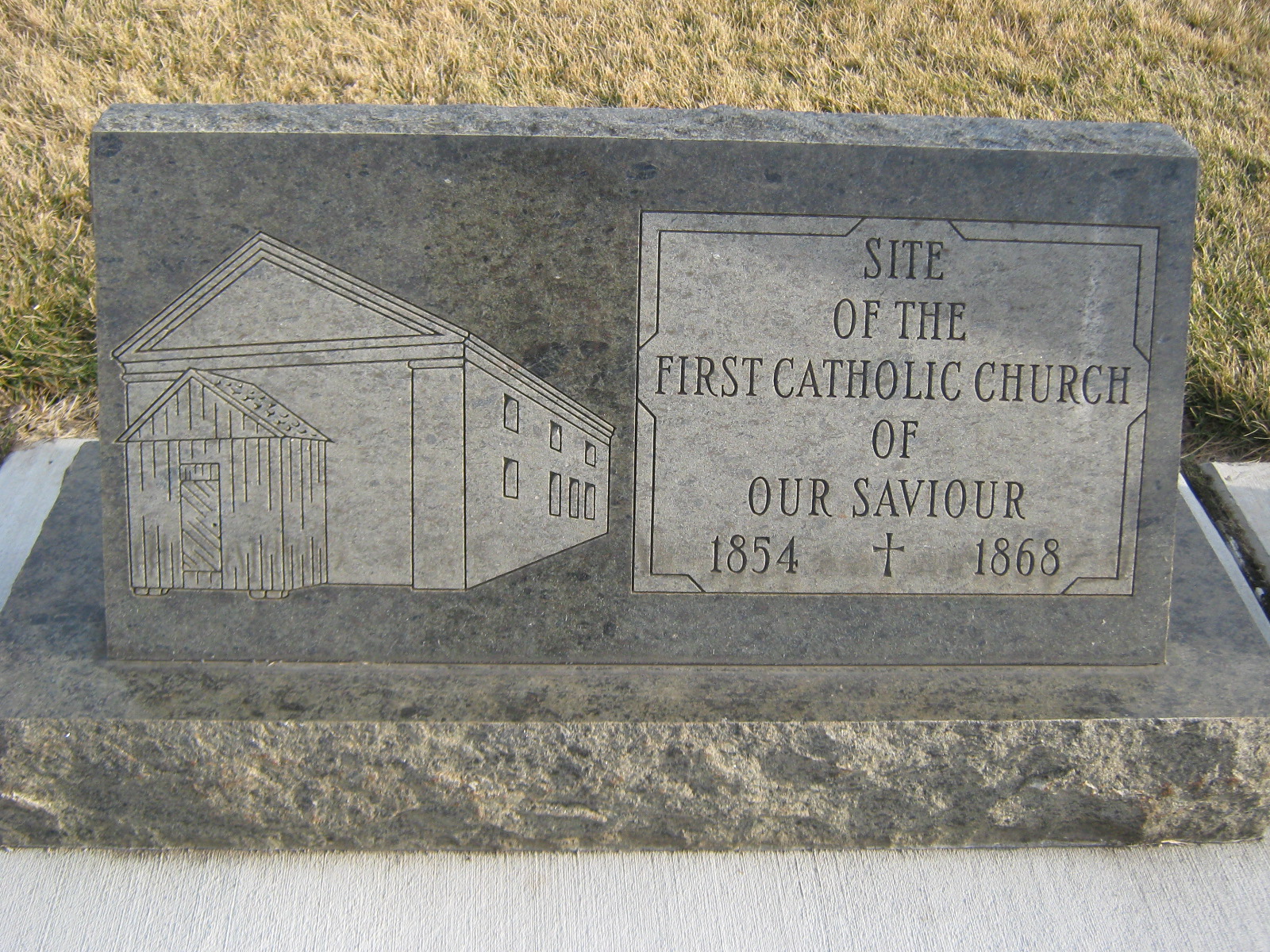 About Church of Our Saviour

The first mass in Jacksonville was celebrated in 1851 by Father Gifford of Springfield, in a private residence with five or six families in attendance. The Honorable Murray McConnel donated the land on North Sandy and the Wabash R.R. and the congregation raised enough money to build a small brick church.

A mission at first, a Father Quigley of Springfield visited the church at intervals. One Christmas, the weather being bad, after saying two masses in Springfield, he hired a handcar and traversed the thirty odd miles to say mass. Rev. P.T. McElhern, our first pastor was followed by Fathers Brennan, Mangan, O'Hallooran and Clifford, followed in 1866 by Fr Costa who in 1868 completed our former church, completed a rectory (later to be a convent) and started a school (St Patrick's), all on Court Street. His successor Fr. Mackin secured the Dominican sisters of St. Catherine's convent in Kentucky. They moved into a small inadequate cottage only six feet from the school. Two years later Fr. Mackin moved them into the rectory. He moved into a small house on Court and Brown Streets. Fr. Makin was followed by Father Hickey who built Liberty Hall next to the grade school and in 1877 was instrumental in securing the former Yates residence as a Motherhouse for the sisters; where they remained until they moved into their new motherhouse in Springfield, Illinois in 1893. Fr. Crowe arrived in 1883 and by 1895 had completely remodeled the church and built a new rectory, which was just closed in 1995. In 1896 he secured the seven Sisters of Charity from Washington D.C. to ready the new hospital which was located in the remodeled Motherhouse. He bought a home for the Routt Club and in 1902 built Routt High School on East State street, where it stood until destroyed by fire in 1966. Msgr. Formaz followed this great man and built our new grade school, which still serves.

Upon Msgr. Formaz's death in 1960 Msgr. Driscoll arrived and built a new Routt, a new convent, remodeled the grade school and built our present church. Fr. Kuse arrived after Msgr. Driscoll's death and closed the old rectory and purchased two condos for the use of the pastor and his assistant. In 1995 our present pastor, Fr. Ken Venvertloh took over the reins of the parish and under his tutelage we, with God's help, look forward to the future chapters in the Church of Our Saviour.