Luray Caverns is the largest series of caverns in the Eastern United States. Located just to the West of Luray, Virginia, this U.S. Natural Landmark is not like anything visitors have ever seen before. Although it was not discovered until 1878, Luray Caverns was designated as a National Natural Landmark less than 100 years later in 1974. With amazing features that are like works that you can not see anywhere else. These features such as the stalacpipe organ, Saracen's tent, and giants hall are the most impressive of their kind and can't be found anywhere else and that are that spectacular. The tagline of the caverns "What will you discover?" is a very real question because it entices visitors to enter and see these amazing sights within the caverns.

Saracen's tent is one of the main stalactites found within Luray Caverns and is considered to be one of the most well-formed draperies in the world. 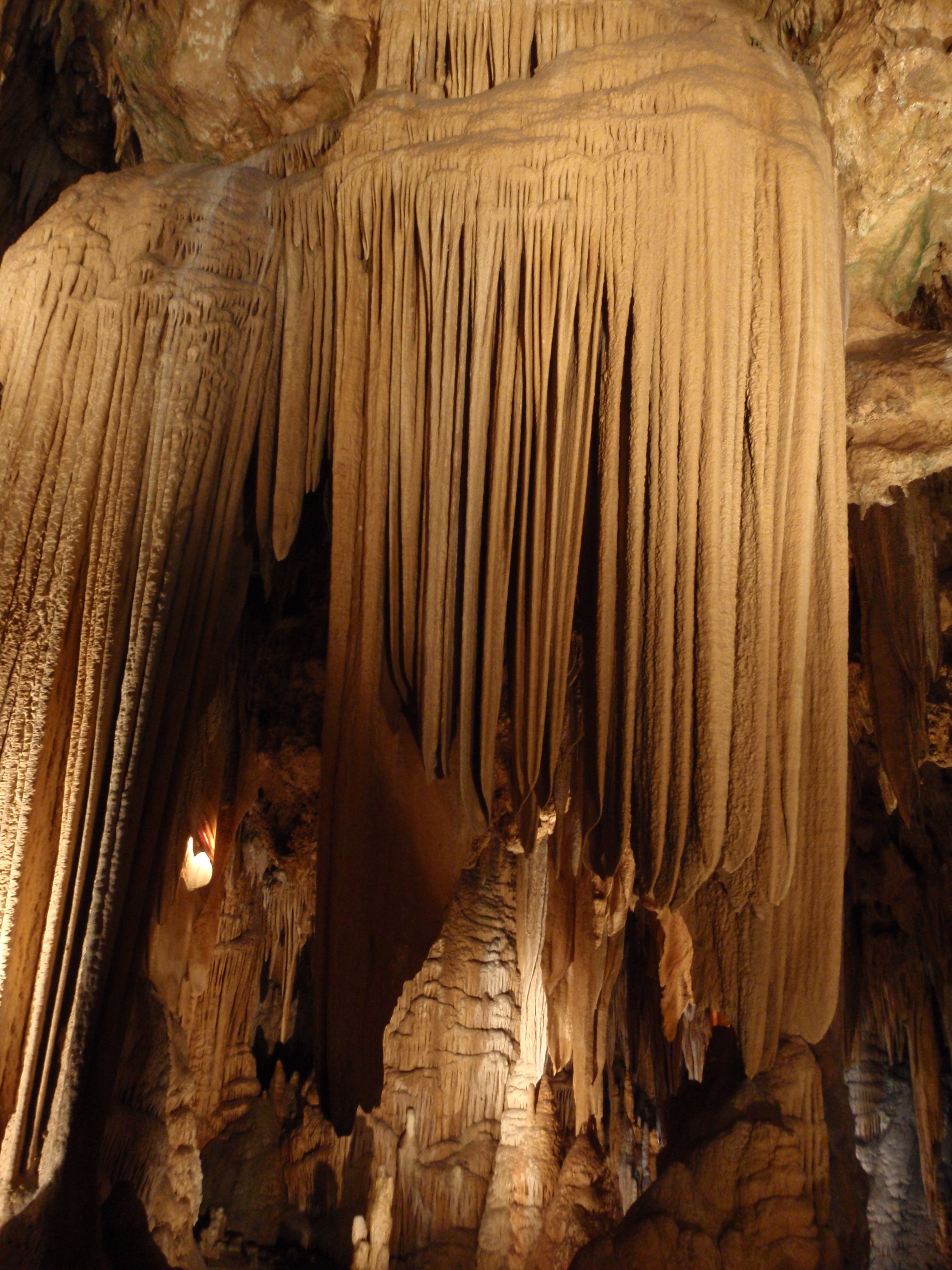 Luray Caverns was discovered on August 13th, 1878 by a man named Andrew Campbell. Campbell was a local tinsmith who was exploring a limestone sinkhole nearby with his young nephew when a rush of cool air blew out their candle. They started to dig and about four hours later they finally made a hole big enough for Andrew and his nephew Quint to enter the caverns. What they had discovered was beyond their wildest dreams.

The cold air that blew out Campbell's candle that day led to an interesting invention. On a hill, not far from the entrance of the cavern there was a tuberculosis hospital, which needed clean air to help support the life of its patients. The owner of the sanatorium, Colonel T.C. Northcott built a shaft connected to a fan from the caverns to the hospital. This pushed the cool, clean air from the caverns through the hospital. Tests were done in 1904 that proved that this air was one of the purest air forms around and that this invention was the first form of “air conditioning” to be discovered. And this was done among the amazing stalagmites and stalactites that were all throughout the caves, some of them even more impressive than they sound.

Some of these features that can be found within the caverns are like nothing you could ever imagine and cannot be found anywhere around the world. The stalacpipe organ is one of the amazing wonders that you won’t find anywhere else. This organ has little mallets that tap the stalactites in different places around the caverns, each formation makes a different noise, making an organ like none that you could ever find in a cathedral. There’s also a formation they have named “the double columnn” this is a spot where a stalagmite and a stalactite have grown together to form a giant columnn from the floor to the ceiling. Of the spectacular formations in these caverns one of the most amazing however is Titania’s veil, this formation is the purest form of calcite there is, therefore, making it white so that it resembles a bride’s veil. No matter where you are in these caverns there is always something amazing to see and information to gather. Everyone should take a trip to Luray Caverns and find out what visitors can discover in a place as amazing as this.