Mount Mitchell is the first North Carolina State Park located just outside Asheville. With an elevation of 6684 feet, Mount Mitchell is the highest peak East of the Mississippi River. Mount Mitchell has an abundance of trails and an observation tower at its peak. This is a very family friendly park with many activities for kids, a place to touch and discover many different skulls and furs of different animals, and a very rich history.

Observation deck at the peak of Mount Mitchell 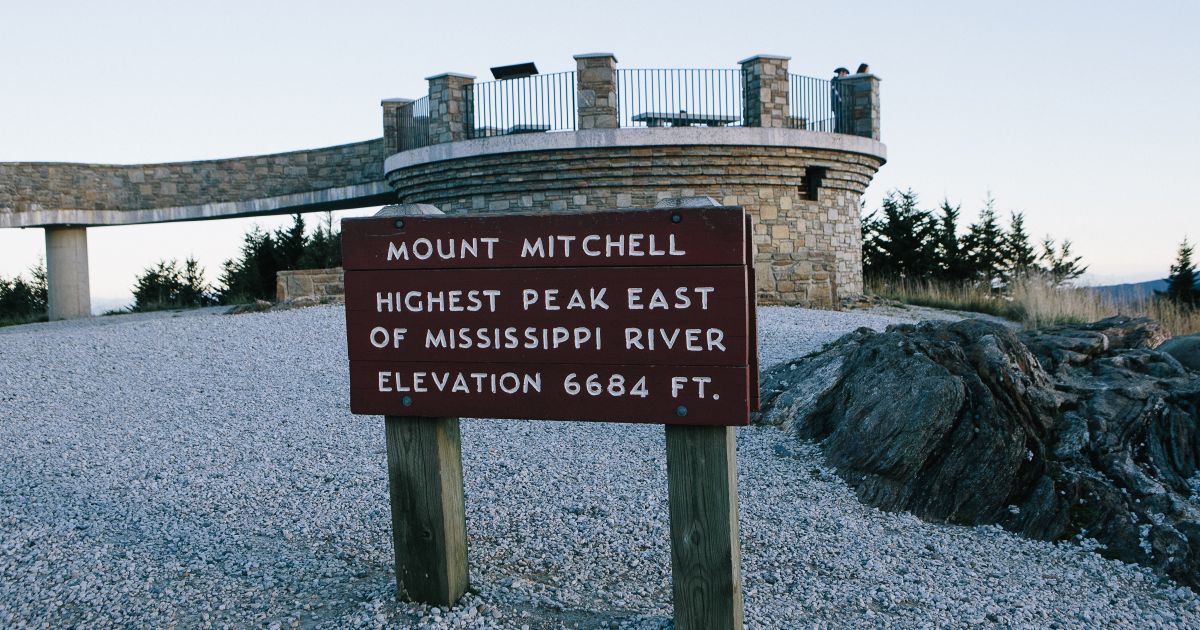 Originally inhabited solely by Native Americans until the 1700’s, Black Dome later renamed Mount Mitchell was first explored by Andre Michaux in 1787. During this time, he explored over 250 different species of plants. Soon after Michaux, it was explored by John Fraser who found the most abundant tree in the Black mountains was a fir that had not yet been discovered. This tree was named the Fraser fir after its discoverer and is now used widely as a fresh Christmas tree in many homes in America. This botanical significance was one of the reasons the mountain much later became the first state park. In the early 1900’s logging became an extensive industry in this area and had begun to ruin the environment. Soon after North Carolina governor, Locke Craig, voiced his opinion on the destruction that was occurring and in 1925 a bill was introduced into the state legislature declaring it as a State Park. Thus, making Mount Mitchell, North Carolinas first state park and created their state park system.

The physical geography of the mountain also had a great significance. In 1835, Dr. Elisha Mitchell was the first to attempt to measure the height of the mountain. Dr. Mitchell was a professor of science at the University of North Carolina, and he had the idea that grandfather mountain, another peak in the Black mountain range, was not the highest peak. He calculated the height of the peak to be 6476 feet, taller than that of grandfather mountain. His second calculation, however, was even closer to the actual height, this measurement was 6672 feet. This calculation was amazingly only 12 feet off from the actual modernly calculated height.