Listed on the National Register of Historic Places, the George W. Andrews Federal Building is one of the more architecturally striking buildings in Opelika. Its architecture is a combination of the Colonial Revival and Renaissance Revival styles. It was built in 1915 and operated as a U.S. post office until 1968, when it became a federal courthouse. It is named after George W. Andrews, a prominent political figure in Alabama in the mid-20th century.

The George W. Andrews Federal Building and U.S. Courthouse was built in 1915 and served as U.S. post office until 1968. 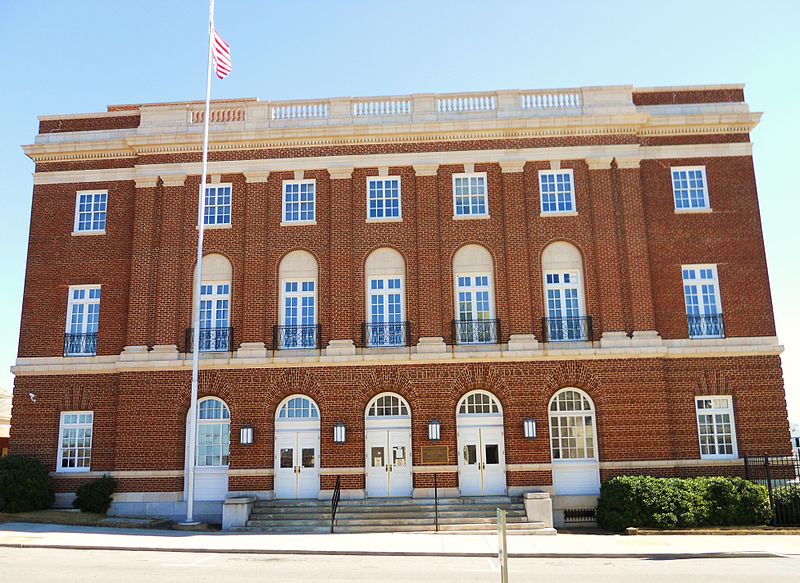 George W. Andrews served as a member of the U.S. House of Representatives from 1944-1965. He was a staunch advocate of segregation and as such strongly opposed civil rights for African Americans. In 1956, after the U.S Supreme Court decision in the Brown vs. Board of Education, which declared segregation of schools unconstitutional, Andrews and 98 other southern representatives signed a declaration called the "Southern Manifesto," which argued that the Supreme Court overstepped its power. Besides his views on civil rights, Andrews is also known for helping obtain federal funds for developing the Chattahoochee and other Alabama rivers (with locks and dams). He died of complications after heart surgery in 1971. The courthouse was named after him in 1972.