Located near the National Historic Site in Fort Scott, Kansas a Marker is placed in memorial of African American’s Freedom of Education. The National Park Services placed the Freedom to Learn Marker in 1999. Prior to the Civil War African American’s were forbidden the right to an education. Hawkins School would be one of the first to provide education after 1955 as a non-segregated school. 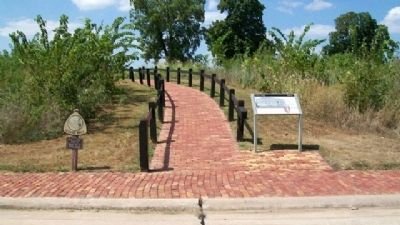 Free to Learn Marker. Professor Hawkins photo is placed at the bottom of the maker 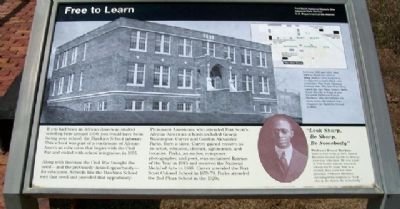 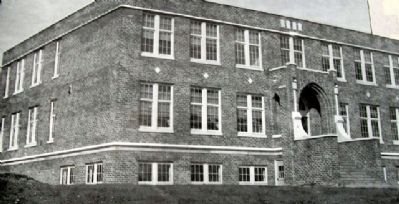 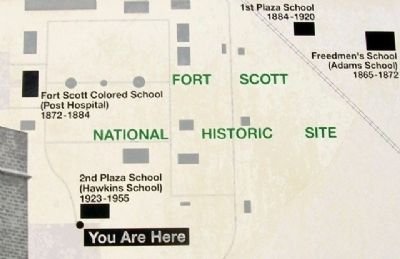 The Hawkins school was home to many African American’s during the 1950’s.  It was not until 1955 when integration of School Houses would take place.  Once the Hawkins School became integrated in 1955 many prominent people in today’s African American History attended this school including George Washington Carver and Gordon Alexander Parks. George Washington Carver became well known for his work as a professor, his inventions and ideas to help improve soils and farms.  Gordon Parks was well known for his work in American photography, musician, writer and film director.

Earnest Hawkins who is pictured on the marker served at the school for over sixty-five years.  He was known as the heart of the school, he was a student, teacher, principle and then become a professor.  Hawkins truly impacted the education and lives of many African American’s.