Now home to the Orange County Historical Society, Clove Furnace was founded in 1854. Clove was one of a number of blast furnaces in the region, which has abundance iron ore. It was founded by Robert and Peter Parrott, who owned several mines in the area. The furnace closed in the late 1800s and is now listed on the National Register of Historic Places. 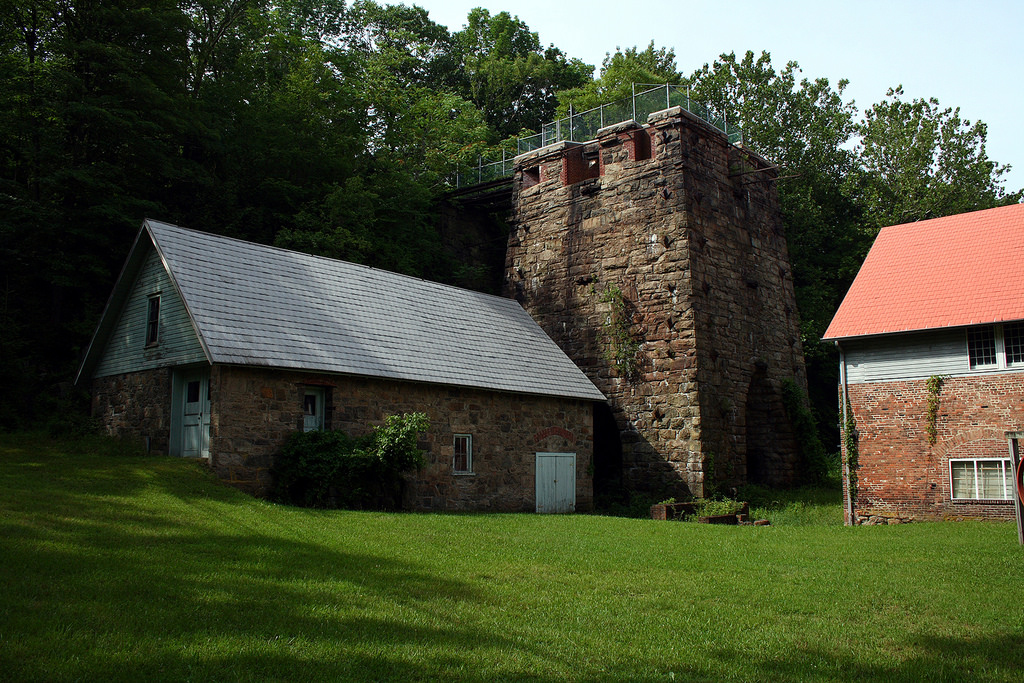 Close-up view of the furnace 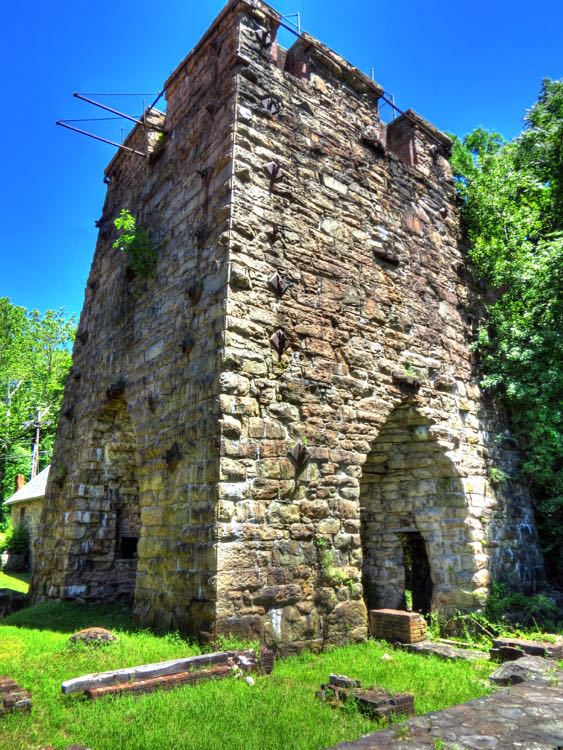 In the years following the War of 1812, Americans began to focus more than ever before on industrial development. The war and the inability to import goods from Europe, in particular, convinced Americans that it was better to be self-sufficient, which led to a greater emphasis on factories and industrial growth. In the Hudson Valley, which is rich with iron ore, there were numerous foundries, mines, and furnaces, several of which were owned by the Parrotts and were collectively known as Greenwood Iron Works.

Clove Furnace opened in 1854 and was a smelting site for iron ore mined in the numerous veins running through what is now Harriman State Park. Within its first year of operation, the Clove Furnace produced 5,000 tons of iron. Clove, along with the Parrott's nearby Greenwood Furnace, produced the iron which supplied the Parrott's West Point Foundry at Cold Spring.

The West Point Foundry was in operation from 1817 to 1911. President Madison encouraged development of the foundry in the postwar flurry of industrial development. The site was chosen not only for the wealth of iron ore in the region but because West Point, located just across the Hudson, offered ready defense if the foundry came under attack.

Clove Furnace was in operation until 1885. The 54-foot tall stack has been restored and is open to the public, along with the spillway and other buildings. There is also a museum onsite that details the nature of nineteenth century mining. The site is also home to the Orange County Historical Society, and is listed on the National Register of Historic Places.