Dedicated on December 2, 1945, this memorial honors the conduct and purpose of the service personnel of Assumption Parish in the Second World War. 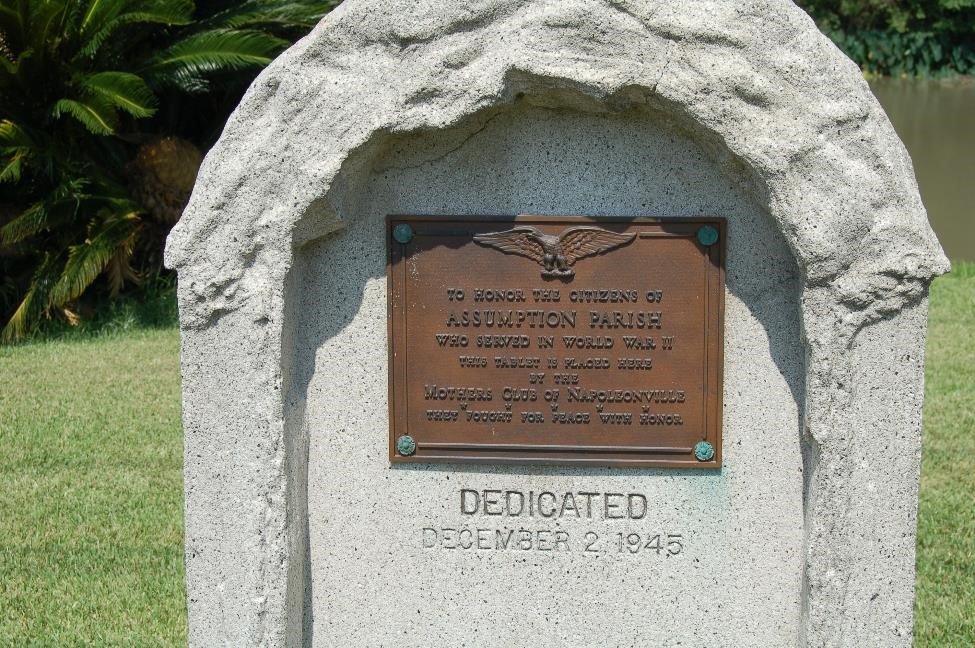 Dedicated to the fallen heroes of Assumption Parish, this plaque honors those who lost their lives in the Second World War. 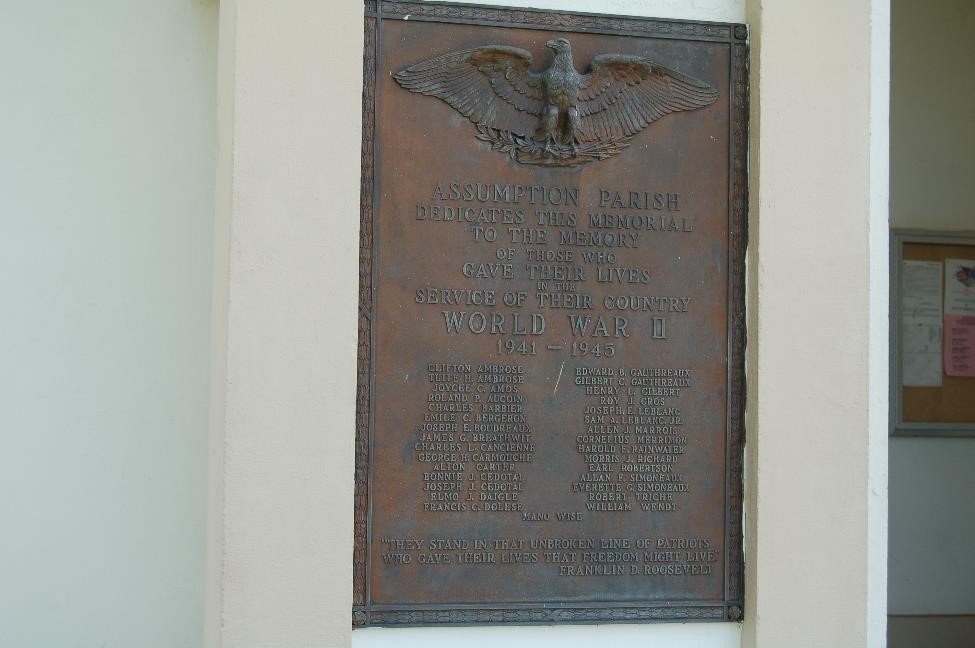 Proudly displayed next to the Assumption Parish Courthouse, the second plaque is freely visible to all passersby. 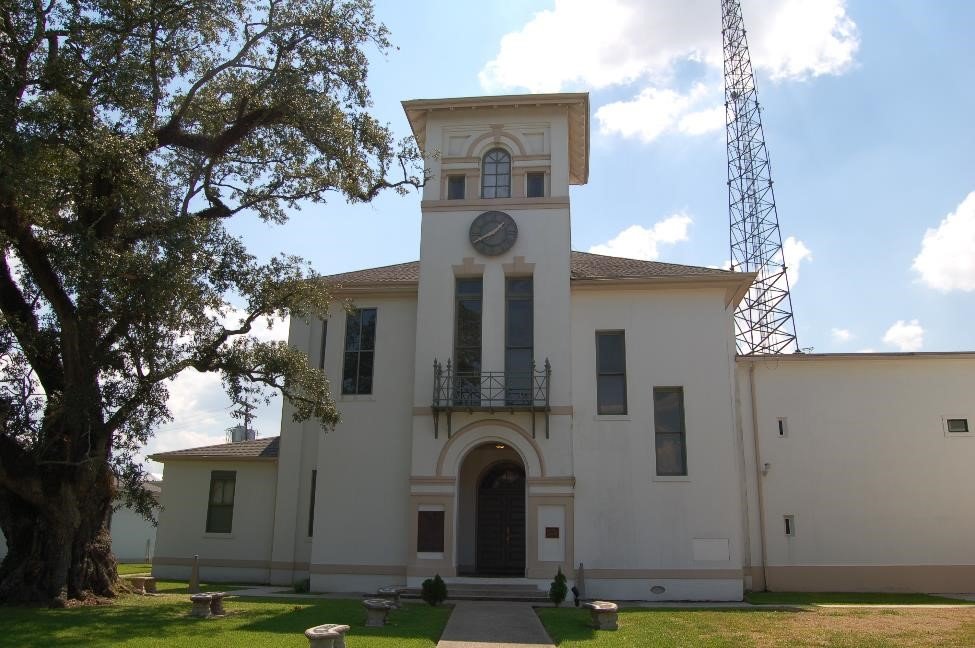 There are many stories of courage and sacrifice that come from the conflict known as the Second World War.  Everyone came forward to serve, no matter where they were from.  They came from towns and cities, counties and parishes, states and commonwealths.  All of these places have a story, but the story of service from the people of Assumption Parish can be found at the aforementioned Parish's Courthouse, on the main street of Napoleonville, Louisiana.

Napoleonville serves as the Parish seat for Assumption Parish.1  It is home to the the Parish Courthouse and several other key government buildings for the local Parish.  Standing proudly for all to see just across the street from the courthouse is a simple stone emplacement, where a plaque reads, "They fought for peace with honor."2   This plaque was dedicated on December 2, 1945 by the Mother's Club of Napoleonville.

Whether a passerby, walking down main street, or a county clerk entering the courthouse for official business, the sister part of the memorial shines proudly for all to see.  Located directly next to the main entrance of the courthouse, this memorial plaque is dedicated to those service members who gave their lives in the Second World War.  It displays the names of these individuals in remembrance of their sacrifice, along with a quote from President Franklin D. Roosevelt which reads, "They stand in that unbroken line of patriots who gave their lives that freedom might live"3

There are plenty of memorials dedicated to the service of the men and women across the United States in World War II.  This memorial offers a unique dedication through its sister plaques placed along the main street of Napoleonville.  While one plaque is dedicated to the service of all those who served their country in World War II, the other honors those who paid their service with their lives.