This sculpture by Yinka Shonibare became the first work of art to be permanently installed outside the Smithsonian National Museum of African Art. This work, along with his other versions, represents the journey of goods and people across the Atlantic Ocean. The museum purchased the sculpture with funds from Amelia Quist-Ogunlesi and Adebayo Ogunlesi and the Sakana Foundation. 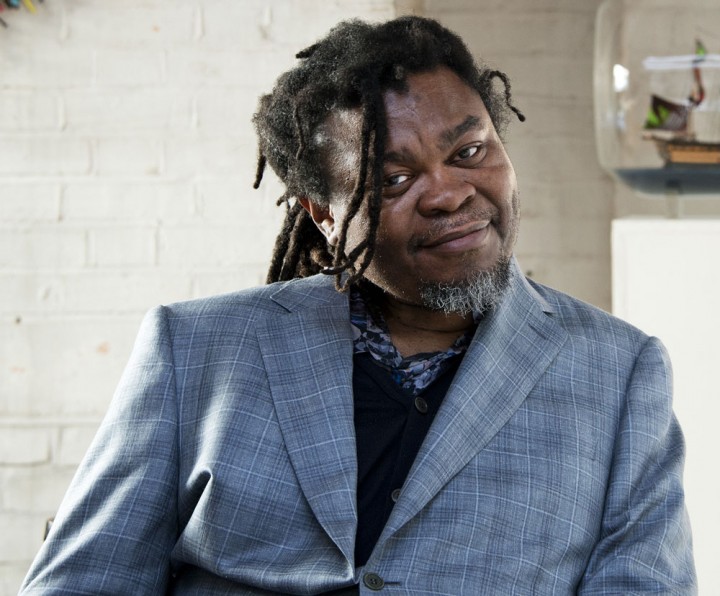 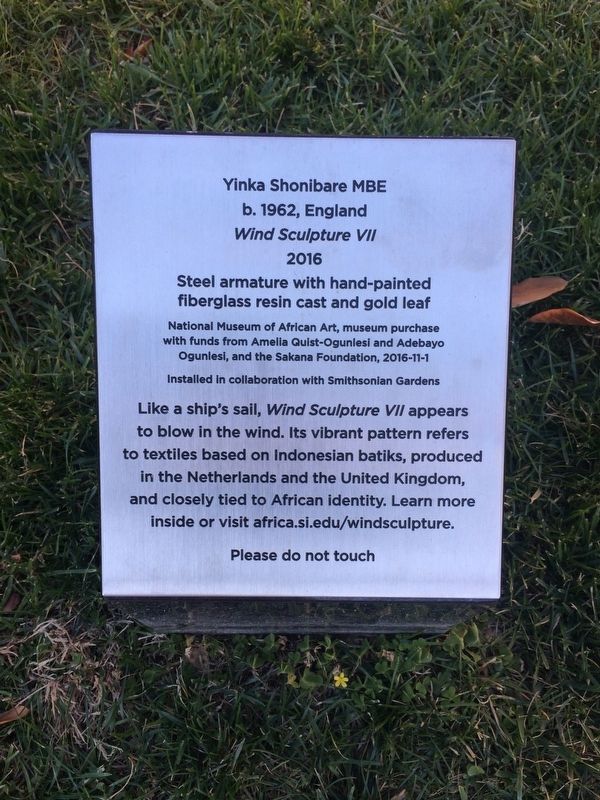 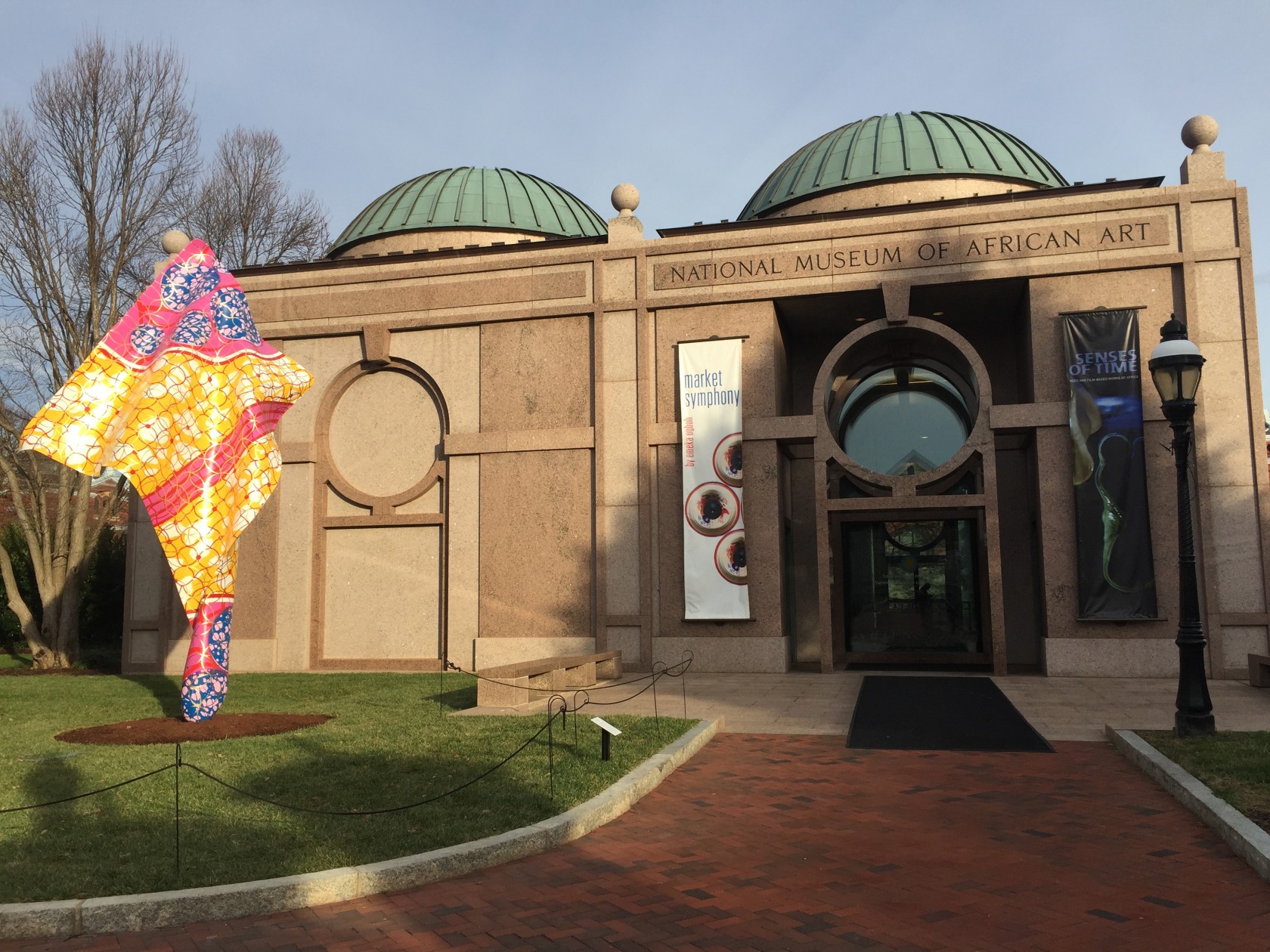 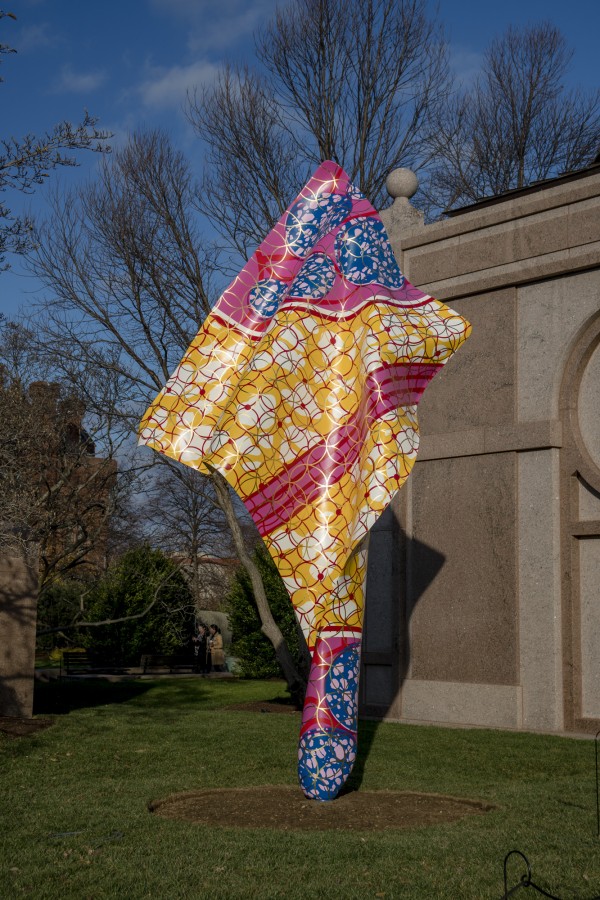 Yinka Shonibare was born in the United Kingdom in 1962 and, at the age of three he moved to Lagos, Nigeria. He returned to London to study Fine Art, first at Central Saint Martins College and then at Goldsmiths College, where he received his MFA. His works of art range from paintings and photographs to video projection and outdoor sculpture. All incorporate the patterns of vibrant textiles often referred to as “African print” cloth. This material is brightly coloured ‘African’ fabric he buys back home in London. This type of fabric, in the 1960s,  became a new sign of African identity and independence. For Shonibare, these textiles become a symbol for rethinking history, politics, and the choices we are making for the future.

Shonibare is well known for his exploration of colonialism and post colonialism within his work. Along with race, class, and the construction of cultural identity. He questions the validity of contemporary cultural and national identities. In Wind Sculpture VII , the ships sail appears to blow in the wind. The sail represents the harsh journey of goods and people across the Atlantic ocean The sculpture is a steel armature with hand-painted fiberglass resin cast and gold leaf. He uses yellow, blue, rose, and gold to represent the African men, women, and children who have shaped the United States and other parts of the world today and in the future.

In collaboration with the Smithsonian Gardens, the museum purchased the scultpure with funds from Amelia Quist-Ogunlesi and Adebayo Ogunlesi, and the Sakana Foundation. Shonibare . His other works are showcased worldwide at places such as, Victoria and Albert Museum, London, Museum of Modern Art, New York,  National Gallery of Canada and  National Gallery of Modern Art in Rome.