Fort Tejon is a former army frontier post which was intermittently active from June 24, 1854, until September 11, 1864. Guests can tour barracks, the Blacksmith's forge, or the carpenter's shop where re-enactors in historical dress are ready to tell stories and answer questions. Fort Tejon and the US Camel Corps provided setting for plot of an episode of MAVERICK (1957, Season 1, episode 7) starring James Garner 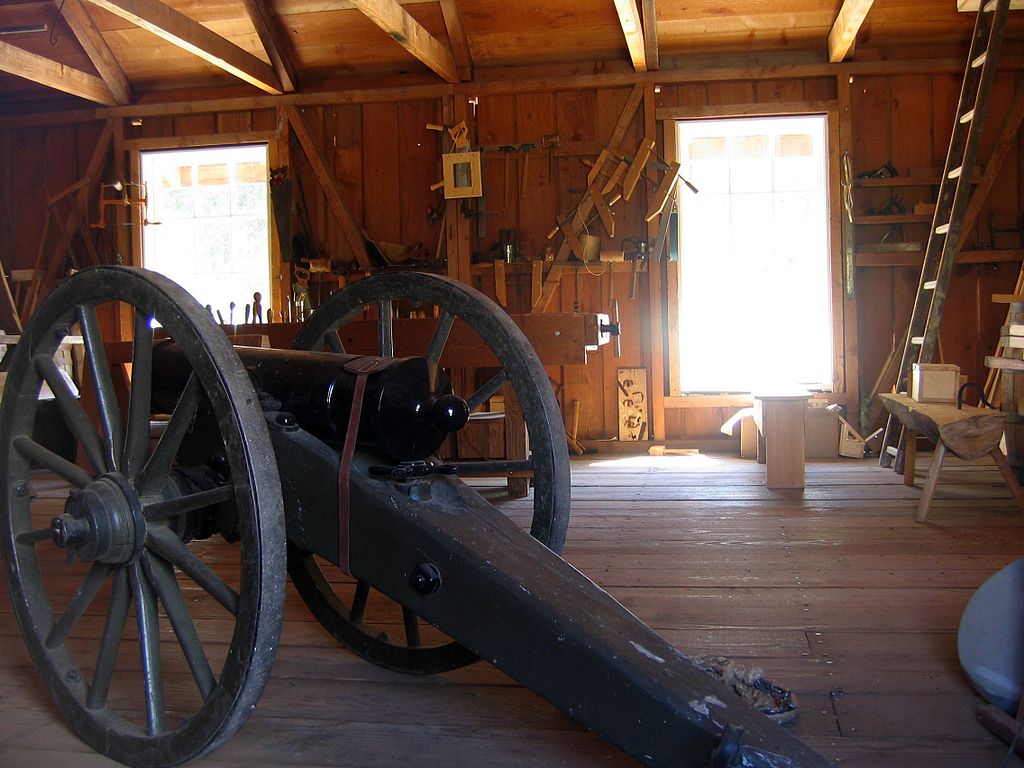 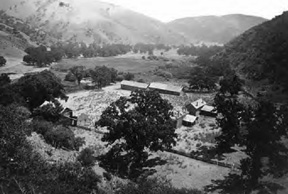 Copy of part of 1857 Harpers article on Fort Tejon Earthquake 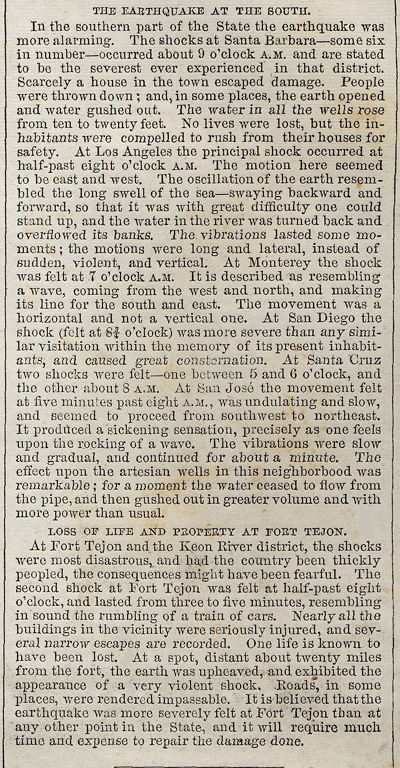 Memorial in Fort Tejon to Lebec and the tree that had carved on it that Lebec was killed at that location and originally buried by the tree. 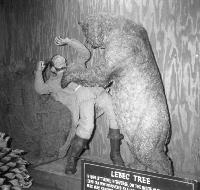 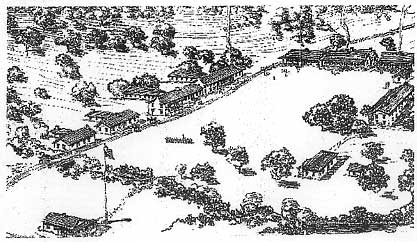 1857 sketch of building destroyed in earthquake 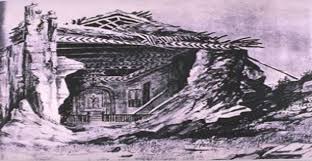 Scene from Relic of Fort Tejon episode of "Maverick" 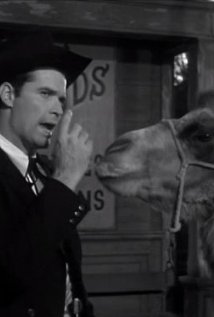 Only known photo of some of the US Camel Corps. circa 1857, Banning, CA (Riverside County, Souther California) 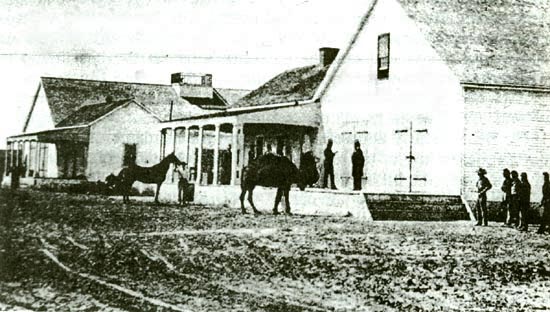 The fort's mission was to suppress stock rustling and protect settlers from attacks by discontent Californios, and American Indian tribes, including the Paiute and Mojave, and to monitor the less aggressive Emigdiano living nearby. The Emigdiano, who were closely related to the Chumash of the coastal and interior lands to the west, had several villages near Fort Tejon. After the earlier Spanish and Mexican colonial effort to suppress the local Indians, referred to as the "Indian Reduction", they were generally cooperative with the European-American settlers and the U.S. Army.

At the urging of Edward Fitzgerald Beale, Superintendent of Indian Affairs in California, the U.S. Army established Fort Tejon in 1854. Fort Tejon was the headquarters of the First US Dragoons until Regular Army troops were transferred to the East in July 1861 soon after the outbreak of the Civil War. The fort was re-occupied by California volunteer troops in 1863. Those units included Companies D, E and G of the 2nd California Volunteer Cavalry from July 6 to August 17, 1863; and Company B of the 2nd California Volunteer Infantry, which remained there until Fort Tejon was abandoned for good on September 11, 1864.

The fort lay along the Stockton-Los Angeles Road. From 1858, it was a stagecoach station on the Butterfield Overland Mail, which followed the same route as far as Visalia. From 1858, Fort Tejon was the western terminus of the experimental U.S. Camel, instituted by then Secretary of War and later President of the Confederacy, Jefferson Davis, which used imported camels in an effort to carry supplies across arid regions in the Southwest. The soldiers found the camels hardy, but temperamental, and they spooked the horses used by the cavalry.

The great earthquake of 1857, which became known as the Fort Tejon Earthquake, was centered nearly 100 miles away. The earthquake became associated with the fort by name because the area near the epicenter was sparsely populated. The most reliable report of the event was issued from the fort, nearly 93 miles distant.

The Fort Tejon earthquake occurred at about 8:20 AM (Pacific time) on January 9, 1857. It ruptured the San Andreas Fault for a length of about 220 miles, between Parkfield and San Bernardino. Displacement along the fault was as much as 30 feet in the nearby area. Based on the (uncertain) distribution of foreshocks for this earthquake, it is assumed that the beginning of the fault rupture (the epicenter) was in the area between Parkfield and Cholame, about 60 miles northwest. Nevertheless, it is usually called the "Fort Tejon" earthquake because this was the location of the greatest damage, most of the area being unpopulated at the time.

The state historic park is listed on the National Register of Historic Places. Its original historic buildings have been documented by the Historic American Building Survey. Several buildings have been restored, and two are partially open to visitors. The restored barracks contain display cases of uniforms and a recreated troopers' quarters. The commanding officer's quarters have several restored and furnished rooms. Officers' quarters nearby are only stabilized in a state of arrested decay, with walls buttressed by masonry and lumber and tied together with reinforcing rods.

A quartermaster building has recently been reconstructed houses materials used in Dragoon life and Civil War reenactments. The sites of former buildings, planned for reconstruction, are marked by split rail fences along the outlines of their foundations. A park office, containing exhibits of dragoon life and restrooms, is at the east end of the parade ground near the parking lot by Interstate 5.

The park grounds include the grave site of Peter Lebeck, which is indicated with a historical marker. The nearby town of Lebec is named after him. He was a French Trapper killed by a bear in 1837 in the area.

The fort and the Camel Corps were part of the setting and plot to the 1957 TV show "Maverick" starring James Garner (Relic of Fort Tejon, Season 1, episode 7)