The 643 acre site encompasses a huge battlefield with recreated breastworks and trenches, as well as a museum 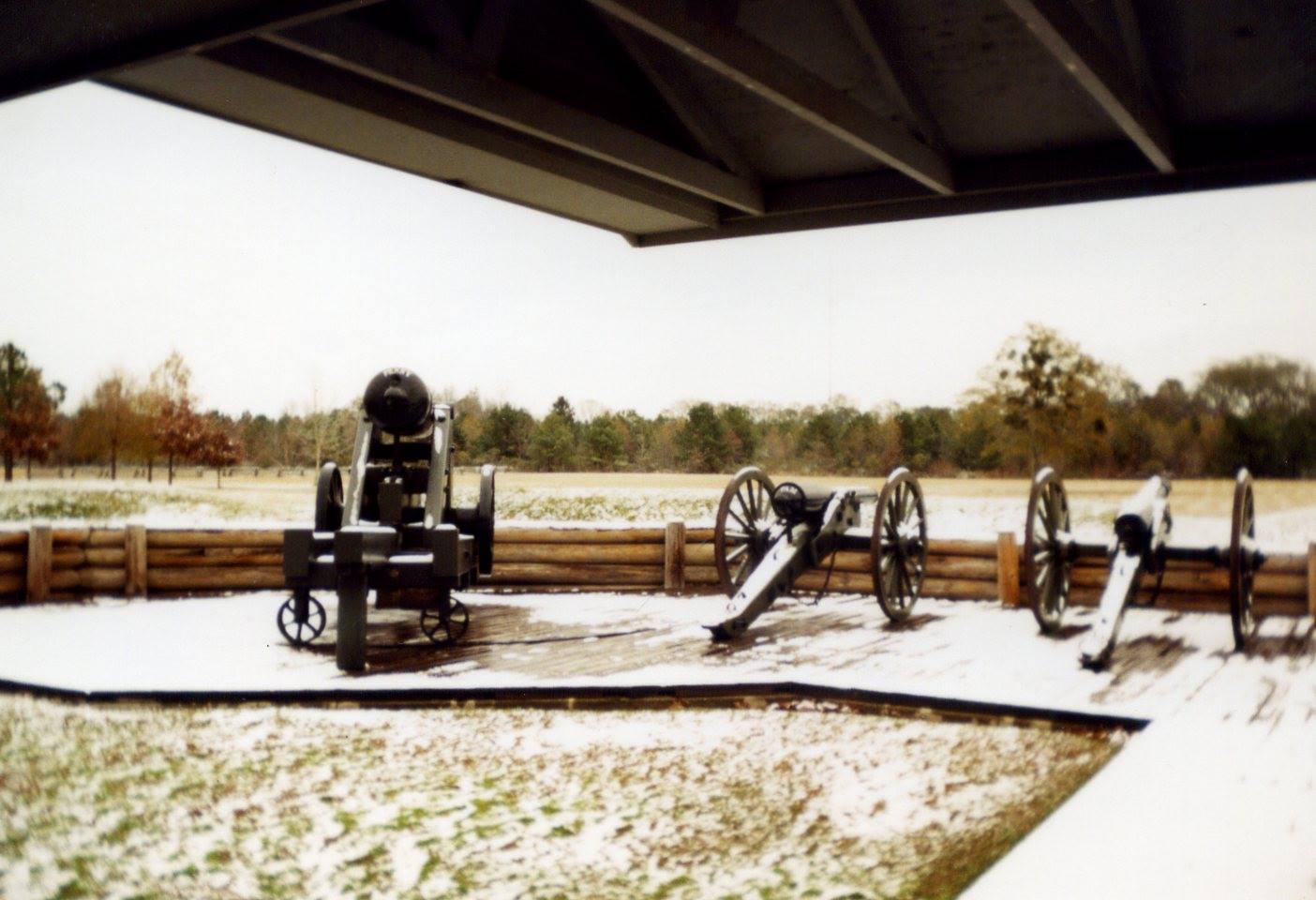 In 1863, Union Major General Nathaniel P. Banks decided to move against Port Hudson. Banks intended to use three divisions to attack from the north while two others advanced from Baton Rouge and New Orleans. By May 22, 30,000 Union soldiers had isolated 7,500 Confederate soldiers behind 4 &frac12; miles of earthen fortifications. On May 26, Banks ordered a simultaneous attack all along the Confederate perimeter the following morning.
The first Union assault fell on the left wing of the Confederate perimeter. But timely reinforcements allowed for the Confederates to repel the Union attack. In fact the attack was repelled before any other part of the perimeter could be assailed. This resulted in the deaths of over 2,000 Union soldiers including 600 African-Americans of the First and Third Louisiana Native Guard. The guard was led by Captain Andre Cailloux, a black officer. Cailloux was shot while yelling orders in both English and French.
On June 13th another attempt to take the fort was made, which resulted in 1,805 Union casualties, while the Confederates lost less than 200. It took the surrender of Vicksburg to finally force the surrender of Port Hudson. Without it's upriver counterpart, Port Hudson became insignificant, and the Confederate soldiers surrendered on July 9th, 1863. Today, the Port Hudson State Commemorative Area encompasses 889 acres of the northern portion of the battlefield, and has three observation towers, six miles of trails, a museum, a picnic area and restrooms. Four thousand Civil War veterans are buried at the Port Hudson National Cemetery, which stands just outside the old Confederate lines.