In 2015, Rally King Brewing opened its door to serve the community beer. Before opening, founders Matt and Michelle were local home brewers that won over 80 awards between 2012 and 2014. This brewery has various events to bring the community together, such as monthly art events, yoga and beer activities, and painting & pints. They also participate in many of the festivals that take place in northern Colorado, including the peach festival in Fort Collins and the Fall Back Beer Festival in Estes Park.The fact that they are community-oriented shows the significant impact of the beer culture in Fort Collins. Rally King is not located downtown, which exemplifies the movement and popularization of craft beer-- there is a large enough demand for different craft beer that breweries are being made outside of the historic downtown area where bars and breweries have been known to thrive. Also, Rally King is pushing forth new and different tastes and colors of beer, such as beer flavored with spicy peppers that aren't the classic golden-fizzy color that popular domestic beers are known for.

Rally King Brewing Storefront in May, 2018. 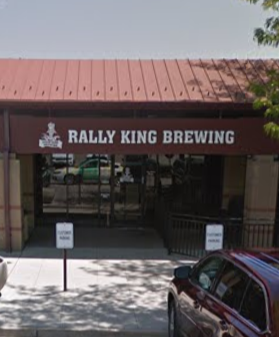