Bastrop State Park is a state park in Bastrop County in Central Texas. The park was established in 1938 and consists of stands of Loblolly Pines mixed with Post Oak and junipers. Over 2,000 acres for the park was donated to the state by the city of Bastrop in 1938. Companies 1805 and 1811 of the Civilian Conservation Corps built many of the park facilities between 1933 and 1939 using native stone to blend with the landscape.The facilities were designed by architect Arthur Fehr. 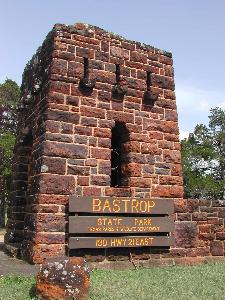 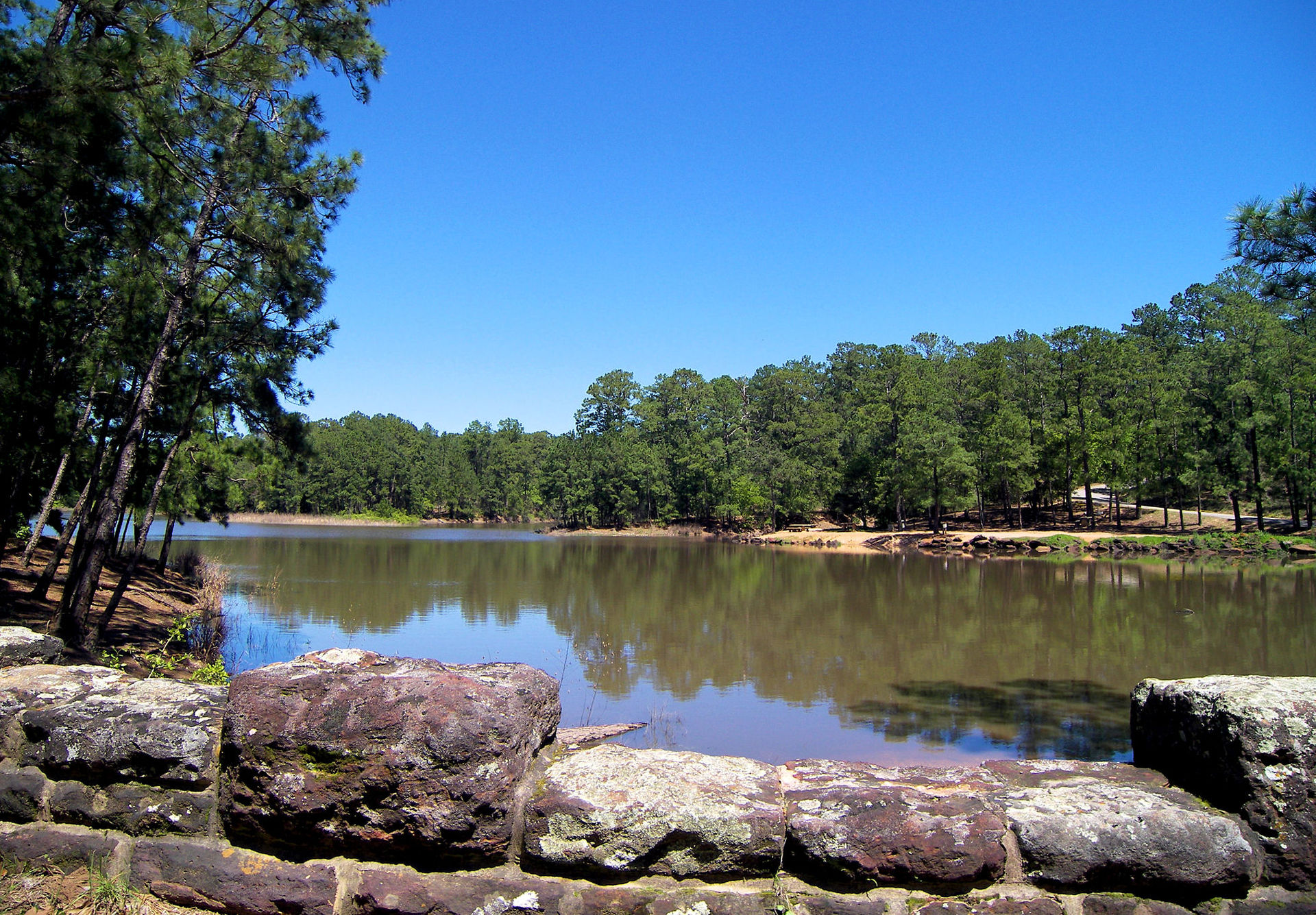 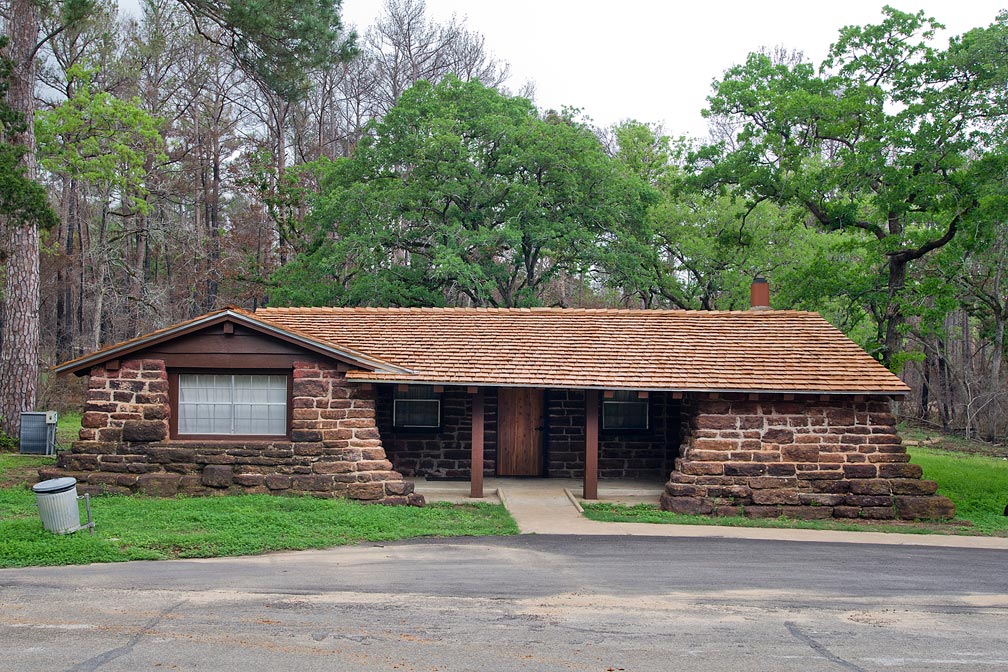 The fire in the park. 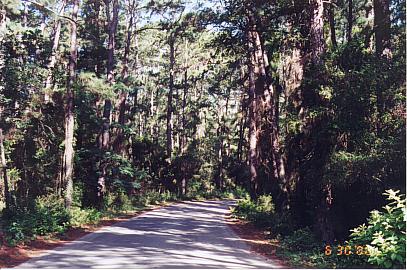 In September 2011, the Bastrop State Park and the surrounding pine forest were stricken by wildfire that affected 96 percent of the park. Firefighters were able to save the historic cabins and facilities constructed by the civilian Conservation corps in the 1930s. The park is recovering from the fire, and most trails and campsites and facilities have reopened to the public. The area east of Harmon Road including the section of the Lost Pines Hiking Trail, the Gotier Trace and areas north and south of the road, and primitive road are all of the areas of the park are open except these following, which they will remained closed until further notice.  You can bike ride, scenic drives, go fishing, and golf the park provides opportunities for backpacking, camping, picnicking, canoeing, swimming, wildlife, hiking, and interpretive programs.

Architect Arthur Fehr, who directed most of the CCC work at the park, embraced the design principles of the National Park Service, which emphasized harmony with the surrounding landscape, and the superb walnut, oak, cedar, and pine woodwork on the refectory, including a massive beamed ceiling, plus the twelve distinctive indigenous cabins artfully nestled within the parks loblolly pine forest enhance, rather than compete with, the natural setting. Daily entrance fee to the park for ages 13 and older is $3. Other facilities are tent and  RV camping areas  and  an 8.5 mile hiking trail with primitive camping permitted without fires, and in the tent and RV camping areas, fees again will vary on the date selected and the type of site selected. The Lost Pines Lodge accommodates eight people in air-conditioned and heated comfort, and the lodge has a stove, refrigerator, oven and bath facilities, as with all other park facilities, there are no kitchen utensils available, for larger groups, the group camp, which can accommodate a total of 90 people, is available. This facility includes  four dorms with bunk beds,there are no linens provided for this facility, a heated, combination dining-recreation hall with a 90-person capacity is furnished with tables, chairs, refrigerator, stove and outside barbecue pit. The commercialized kitchen has stoves and a large refrigerator but no kitchen utensils, a restroom with shower is located nearby and all the buildings are heated,an air-conditioned dining hall may be rented  for day use.

In 1933 the National Park Service, Civilian Conservation Corps, and now the Texas Parks and Wildlife Department joined hands to design and construct buildings and facilities in many Texas parks. The architect of Bastrop State Park, Arthur Fehr, followed National Park Service design principles that suggested harmony with the surrounding landscape of rolling hills and pine forests and use of native materials for construction. The stone cabins at Bastrop appear to grow out of the ground like a natural outcrop. The same non-intrusive design elements were followed for dams, culverts, bridges and fences. Similar design concepts can be seen in other parks around the nation. Bastrop’s refectory is a show­place of CCC craftsmanship. Cedar, oak, walnut and pine indigenous to the park and red sandstone quarried nearby come together in an attractive stone structure featuring carved mantles, roof beams and handmade furniture.

In 1997, Bastrop State Park was awarded National Historic Landmark status, due largely to the enduring craftsmanship and landscape work done in the park by the CCC, It is one of only seven CCC parks in the nation with this recognition.Two other depression era groups, the National Youth Administration and the Works Progress Administration, contributed to the park’s many features and structures. The NYA built and used the maintenance building in 1940 to construct furniture and fittings for CCC parks in Texas, including Bastrop. The WPA built both the swimming pool and the original nine hole golf course as separate projects under the auspices of the State Parks Board. The dam and lake predate the park. A little bit more personal information about the park buildings is the original buildings and related features are now recognized historic landmarks. The park is one of  31 in Texas that were constructed by the CCC and one of only five recognized as a National Historic Landmark.

A 10-acre lake stocked with perch, trout, bass and catfish offers anglers a chance to test their skills A state fishing license and entrance fee are required. The golf course recently expanded from nine to 18 holes, for more information about the the golf course, contact the state park, swimming is not permitted at the park lake, but a 365,000 gallon swimming pool is available for a refreshing dip during the warmer months; also check with the park for the exact opening and closing dates. Pool hours are from noon to 6:45 p.m. The pool is closed on Tuesdays, there are picnic tables nearby and a snack bar inside the pool facility, and the kids can have some fun on a new playground built this year, perhaps the most popular facilities in the park are the cabins, there are 12 cabins, which can accommodate a varying number of guests, cabin rental fees vary depending upon occupancy. The cabins each have a kitchen with a stovetop, refrigerator and microwave oven, but do not provide kitchen utensils. Beds are provided with sheets and pillows. Towels are provided for the showers, no pets are permitted in the cabins or cabin area, the cabins have a fireplace, heat and air conditioning.