The Grand Theater in New Orleans East serves as an example of the ruin left behind Hurricane Katrina and the lack of effort the city of New Orleans puts towards its pro-dominantly Black wards. 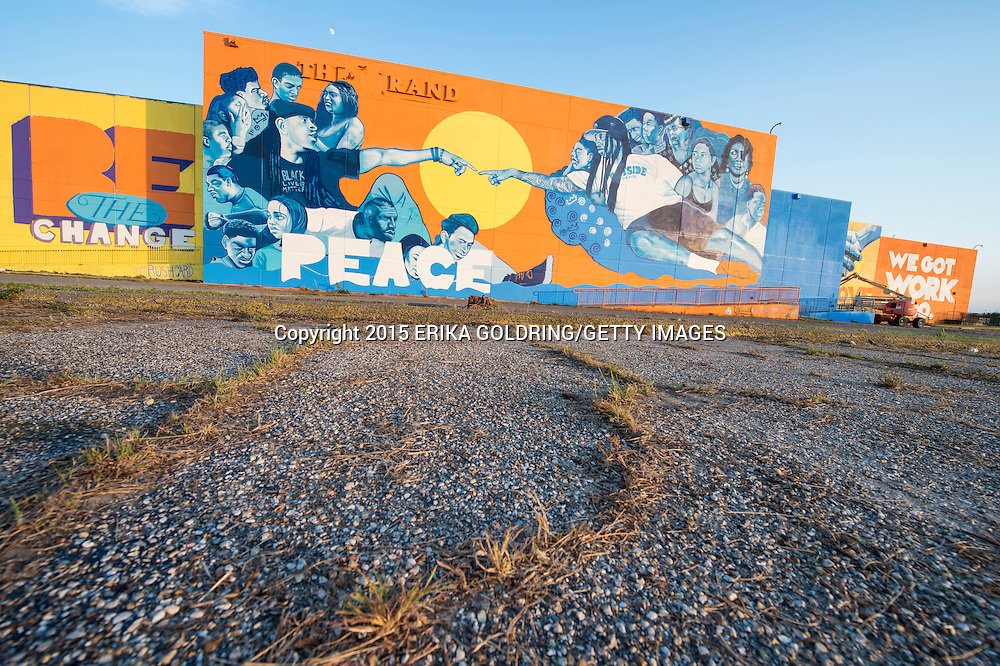 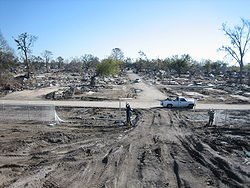 The Grand was a theater and a source of revenue for the New Orleans East. The building is owned and leased by Lakeforest Plaza LLC and Grand of the East LLC. Action has been taken in attempt to remove the building, but has not been successful. “The lease on land is terminated,” said Councilman James Gray to Fox 8 News, “The city's code enforcement office has been utilizing the laws to try to force action but has gotten nowhere.” No information could be found on when it was built and if it had other significant roles. The site has gotten little acknowledgement, besides in 2015, when it was painted by artist Brandon Odums as a part of a Peace Initiative.

The Grand Theater in New Orleans East/9th Ward was a source of revenue for the local community, but was damaged during Hurricane Katrina and closed permanently. It serves as an example of the ruin left behind from Hurricane Katrina and similar areas deserted by the city. Some residents claim that areas such as or similar to The Grand display the lack of effort the city of New Orleans puts towards its predominantly Black wards; further highlighting gentrification in the city.

In the lower 9th Ward, blocks of homes lie dilapidated and destroyed, much as they did shortly after Katrina. These areas appear like The Grand—husks of their former states, remaining untouched. Residents remain in squalor or in dangerous conditions: “The city is ‘forgetting about us back here… We’re the same people that pay the same taxes, so why should we be put on that back burner after all these years? They rebuilt Canal Street, St. Charles and Mid-City and yet they’ve not rebuilt here,” said a resident of the lower 9th Ward, in an interview with the Huffington Post. The city has undertaken no recent action to rebuild the lower 9th and surrounding areas.

The city has encouraged few businesses to return back to these areas. Projects such as The Saxony condominiums, the Hunter’s Field Playground Clubhouse and park renovations, the 37 Hundred (luxury apartments), the Sazerac Company’s Beverage Museum, and the Eleven Hundred Annunciation, all located in central New Orleans, promote the surrounding areas, keeping and circulating money in those inner-city communities. There was one such project in the 9th Ward, the Lower 9th Ward Market Internet Café, developed by residents of the community. Areas in the East like The Grand, such as barren lots along Read Blvd or Lowe’s (recently closed), serve as potential development spots for the city (or local residents) . These areas and others have not been used in years after Katrina.

Predominantly Black areas have not had development projects in recent years. For example, the city placed a hospital in the East/9th Ward 10 years after Katrina. These areas are either increasing in large spots of the city, or disappearing due to gentrification. Since the 2010s, gentrification has increased at a rapid rate. In historically Black neighborhoods white families move in, while their original residents’ rent increases drastically.The median income of Black households increased from $23,394 to only $25,102between 2005 and 2013, rent rates shot from $600 to $1,100 a month. During this time, the proportion of Blacks in New Orleans steadily fell from 67% to 59%. This is evident in neighborhoods such as Gentilly, once a predominantly Black community, now known as racially diverse.

The Grand serves as an example for areas in New Orleans deserted after Katrina. The bare areas that remain offer insight into recovery matters; the predominantly Black wards face unfortunate circumstances or gentrification.