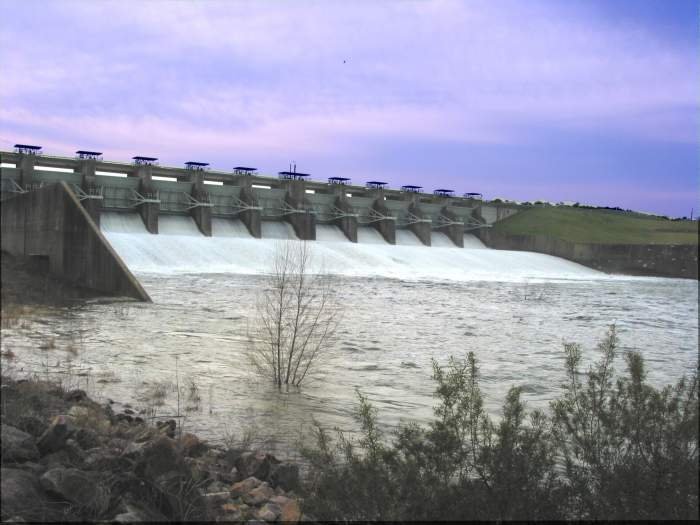 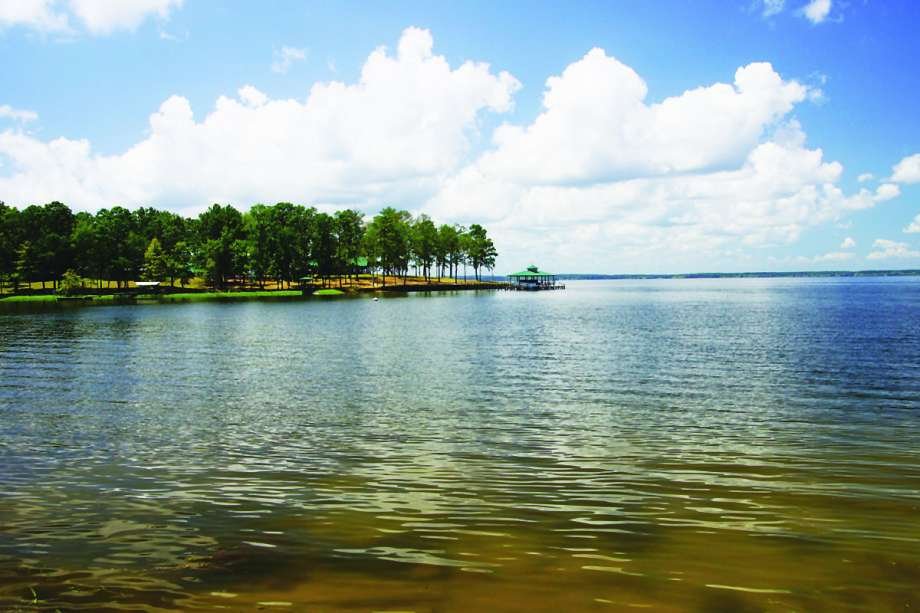 Spanning 182,000 acres between Texas and Louisiana, Toledo Bend Lake is a huge source of water and leisure activities for people in both Texas and Louisiana, with the addition of tourists.1 Along with being a beautiful sight, the lake also has a great history. Researcher Donald S. Corely stated “Water is priceless. It is life itself. Only the air we breathe and the food we eat are it’s equal to human well being. Its conservation...is the ‘life blood’ of a community or State.2”

Before 1964, the water in the Sabine River was critically low due river floods and watershed.  People who were living near it and received water from it suffered through a severe water shortage. Donald S. Corely also wrote “...this loss of billions of gallons of precious fresh water is occurring within sight of an area suffering from water shortages. It is a needless waste…3”

The idea of building a new dam and reservoir off of the Sabine River was proposed by a group called the Sabine River Compact Commission. Many people though that it would not work. In 1951, Congress gave consent for Texas and Louisiana to negotiate the Sabine River Compact.4 The compact was signed by representatives of Texas and Louisiana. Plans begin for for building a dam, lake, and a bridge to connect Louisiana and Texas. The Toledo Bend Dam Project was estimated to be 54,500,00 dollars, which was mainly funded by bonds and a loan from the Confederate Veterans Pension Fund, which is an existing statewide tax authorized by Article Eighteen of the State Court.5

First, the Sabine River was dammed. The Toledo Bend Dam was planned to be 1.6 miles long, with the maximum height of 110 feet.6 This hydroelectric power plant had the community astir with excitement, people watching the building of the dam from afar. Next, the reservoir was formed. The Toledo Bend Reservoir was planned to be approximately 182,000 acres, climbing up the Sabine River. One hundred two thousand acres of this land belongs to Louisiana, ninety-five percent of it residing in Sabine Parish. The other 5 percent is located in Desoto Parish. Three hundred Louisiana families were forced to evacuate this area. Its estimated storage level was expected to be about two billion gallons, used for recreational activities, such as fishing, boating, and swimming, as well as providing water.7

After being finished, the reservoir flourished with tourism. One of the most popular activities in Toledo Bend is fishing. This is because of the bass fish populations, which the lake holds records for. A study by the LSU Ag Center reported “The principal activity engaged in by recreationists at Toledo Bend was fishing. Only 30 persons, approximately 5 percent of those interviewed, reported they did not fish. In many cases such activities as camping and boating were engaged in, but as necessary activities in order to fish rather than being an end in themselves.8”

Overall, Toledo Bend Reservoir and Dam is a great place with lots of amazing history to learn about. All visitors are also allowed to swim, fish, and boat on any public property on the reservoir, so it’s also a source of fun. Hopefully, you can pay a visit soon!