Woodrow Wilson Hall, formerly known as Shadow Lawn, was built in 1929. The mansion stands in the footprint of an earlier mansion, which was destroyed by fire in 1927 shortly after $1 million had been spent on its renovation. It is one of two historic homes on the campus of Monmouth University. It takes its name from the fact the US President Woodrow Wilson stayed at the original structure prior to it being destroyed by fire. 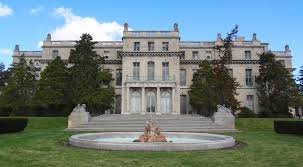 Side view of Wilson Hall from Shadow Lawn. Photo by Nicholas Petrillo. 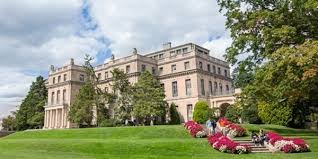 View of Wilson Hall from the university gardens. Photo by The History Girl website. 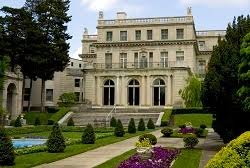 View of Wilson Hall from the Great Lawns. Photo by Nicholas Petrillo. 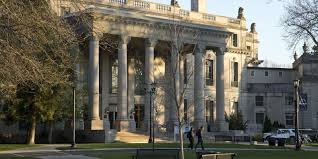 View of the garden courtyard from the steps of Wilson Hall. Photo by Nicholas Petrillo. 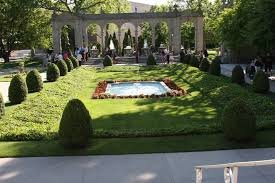 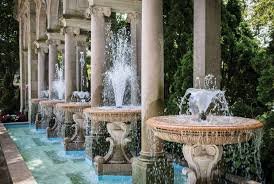 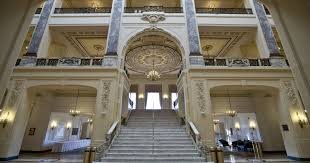 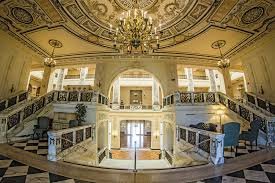 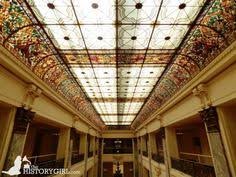 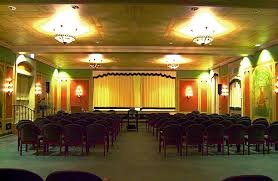 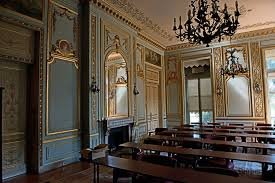 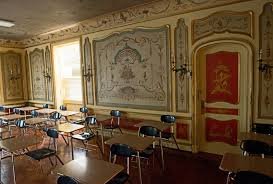 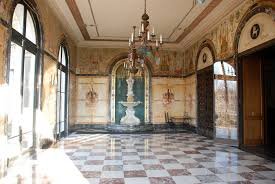 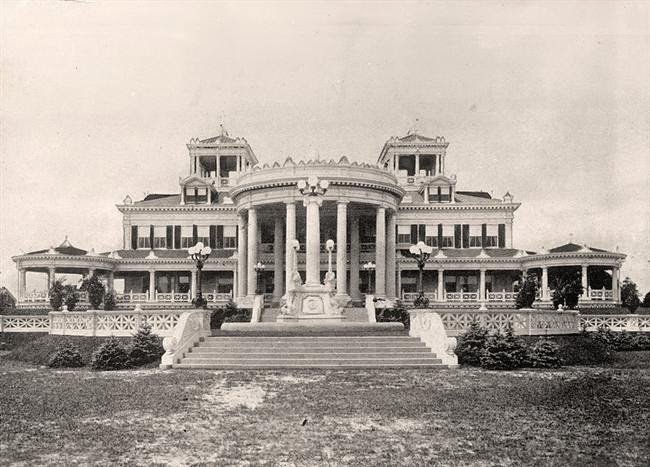 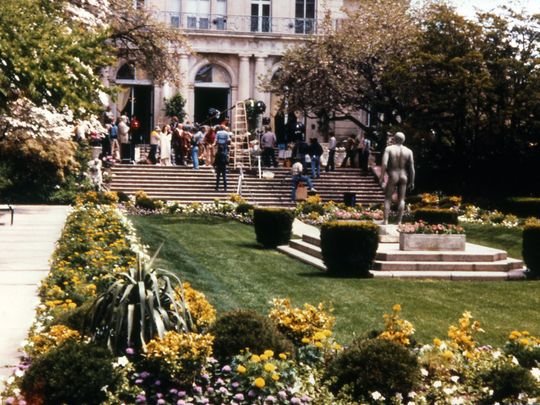 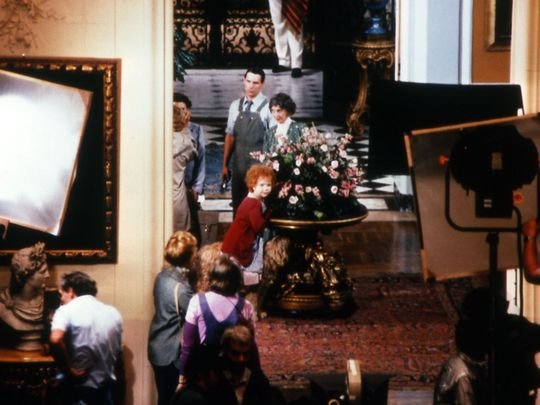 Woodrow Wilson Hall, formerly known as Shadow Lawn, was built in 1929. The mansion stands in the footprint of an earlier mansion, which was destroyed by fire in 1927 shortly after $1 million had been spent on its renovation. It is one of two historic homes on the campus of Monmouth University.

The former colonial, wood-frame structure, also known as Shadow Lawn, contained fifty-two rooms and was built in 1903 for John A. McCall, president of the New York Life Insurance Company. Before it was purchased by Hubert Parson in 1918, the original Shadow Lawn was last owned by Joseph B. Greenhut, head of the Siegel-Cooper Company, which ran a New York department store known as “The Big Store”—the largest of its kind at that time. During the presidential campaign of 1916 Greenhut loaned Shadow Lawn to President Woodrow Wilson, who used the mansion as his summer White House that year. As noted above, the wooden structure would be be destroyed by fire in 1927.

The current mansion, which has 130 rooms, was then built at a cost of $10.5 million and was the private residence of the F.W. Woolworth Company president, Hubert Templeton Parson, and his wife, Maysie.

Philadelphia architect Horace Trumbauer and his assistant Julian Abele (the first African-American professional architect) designed the current mansion in the American Beaux-Arts style—a popular style derived from the neoclassical tradition of the French École des Beaux-Arts. The mansion features limestone quarried in Belford, Indiana (also used in the Empire State Building), fifty varieties of Italian marble, and steel and concrete framing to ensure the mansion would be fireproof.

The Parsons were hit hard by the Stock Market Crash and resultant Great Depression, and the mansion fell under municipal ownership in 1939 and later served as the site of a private girls’ school until Monmouth University (then known as Monmouth Junior College) acquired the property in 1955 at a cost of $350,000.

Wilson Hall was added to the National Register of Historic Places in 1978 and designated as a National Historic Landmark in 1985. The site currently serves as an admission building to Monmouth University containing offices, classrooms and other services.
Standing right in the center of campus, students, faculty, and visitors have outstanding views and access to this now educational structure. All angles of Wilson Hall can be admired from the Great Lawn, Shadow Lawn, and the university gardens. This piece of Beaux-arts architecture is  a major part of the campus that has remained the same while landscaping around it has changed. Alongside the structure, the university gardens serve as a beautiful, relaxing, outdoor area for students to enjoy the company of the existing history. Due to its aesthetic, Wilson Hall and these gardens have been made the focal point of the campus in recent years.
FUN FACT:
While standing as a historic, academic structure on the National Register, this building also serves as a tourist attraction to fans of the 1982 film, Annie. Wilson Hall is better known to them as Daddy Warbuck's Mansion! Filming took place on Monmouth's campus for about six weeks. This Hollywood angle gives the historic site additional value that helps entice interested individuals into coming to see the building.