The Fine Arts Building, affectionately referred to as "The FAB" by its students, contains several studios, offices, and classrooms. However, the FAB’s grandest feature is its main theatre located in the center of the building. Additionally, the Fine Arts Building has two other theatres, the Cellar Theatre and Arena Theatre. Most of the department’s productions are staged in the Cellar Theatre. 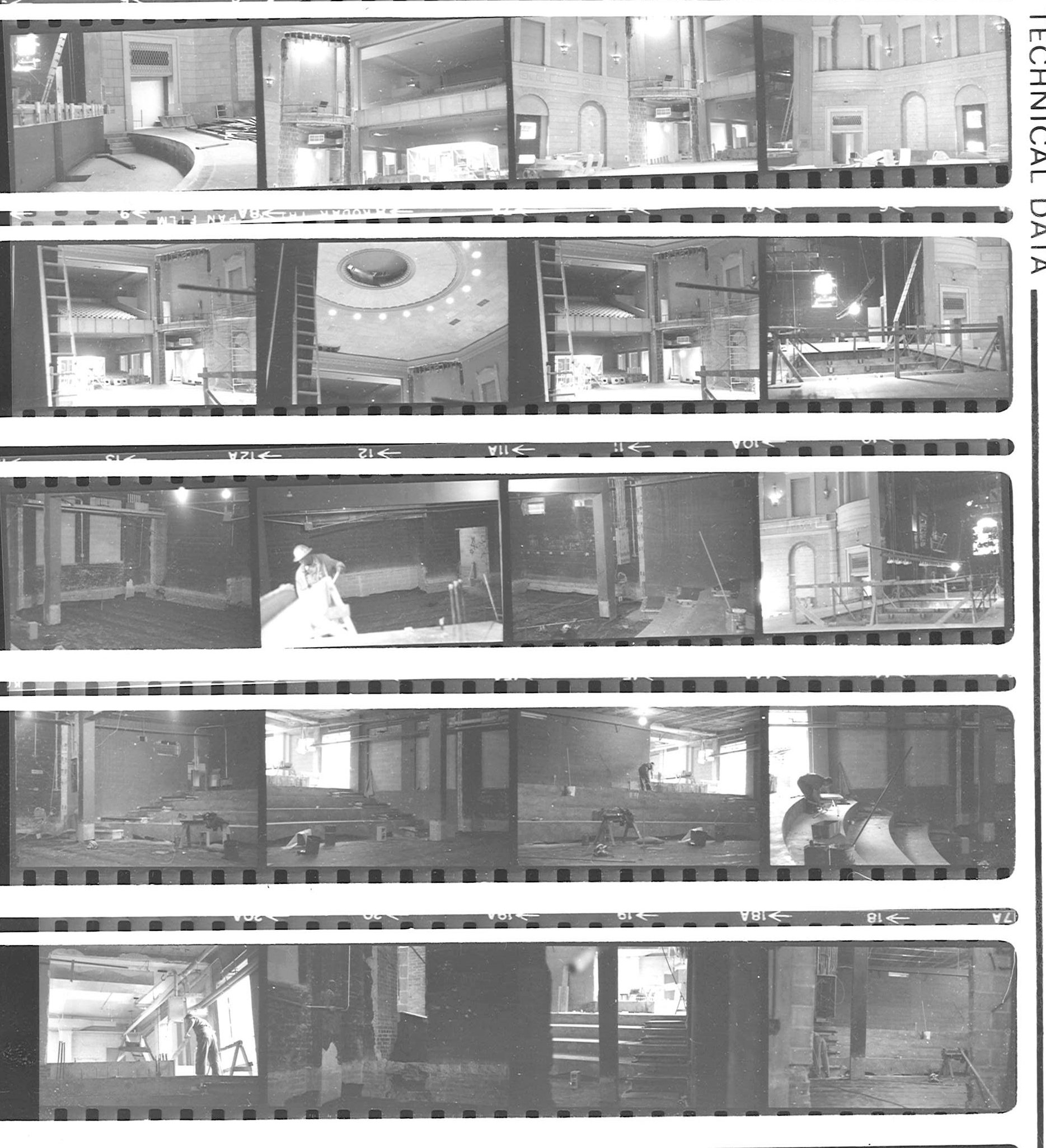 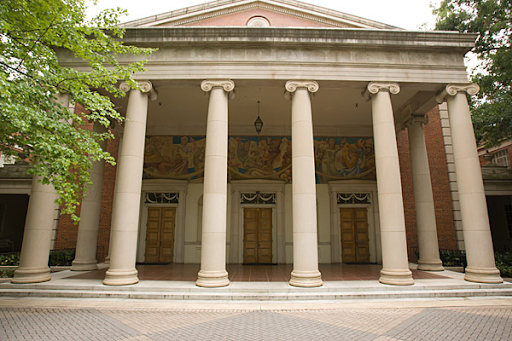 Inside the grand main stage after renovations in 2010. 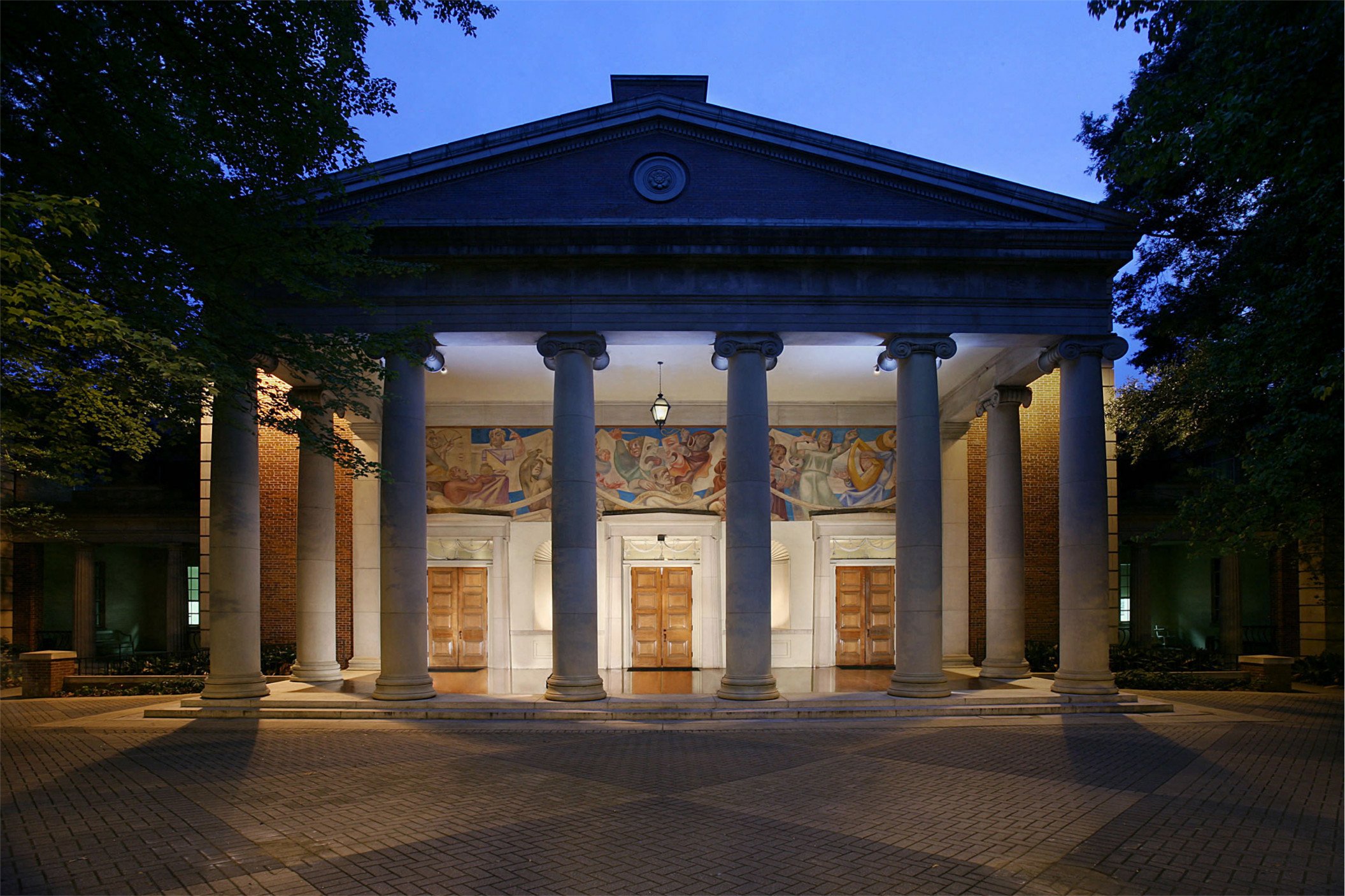 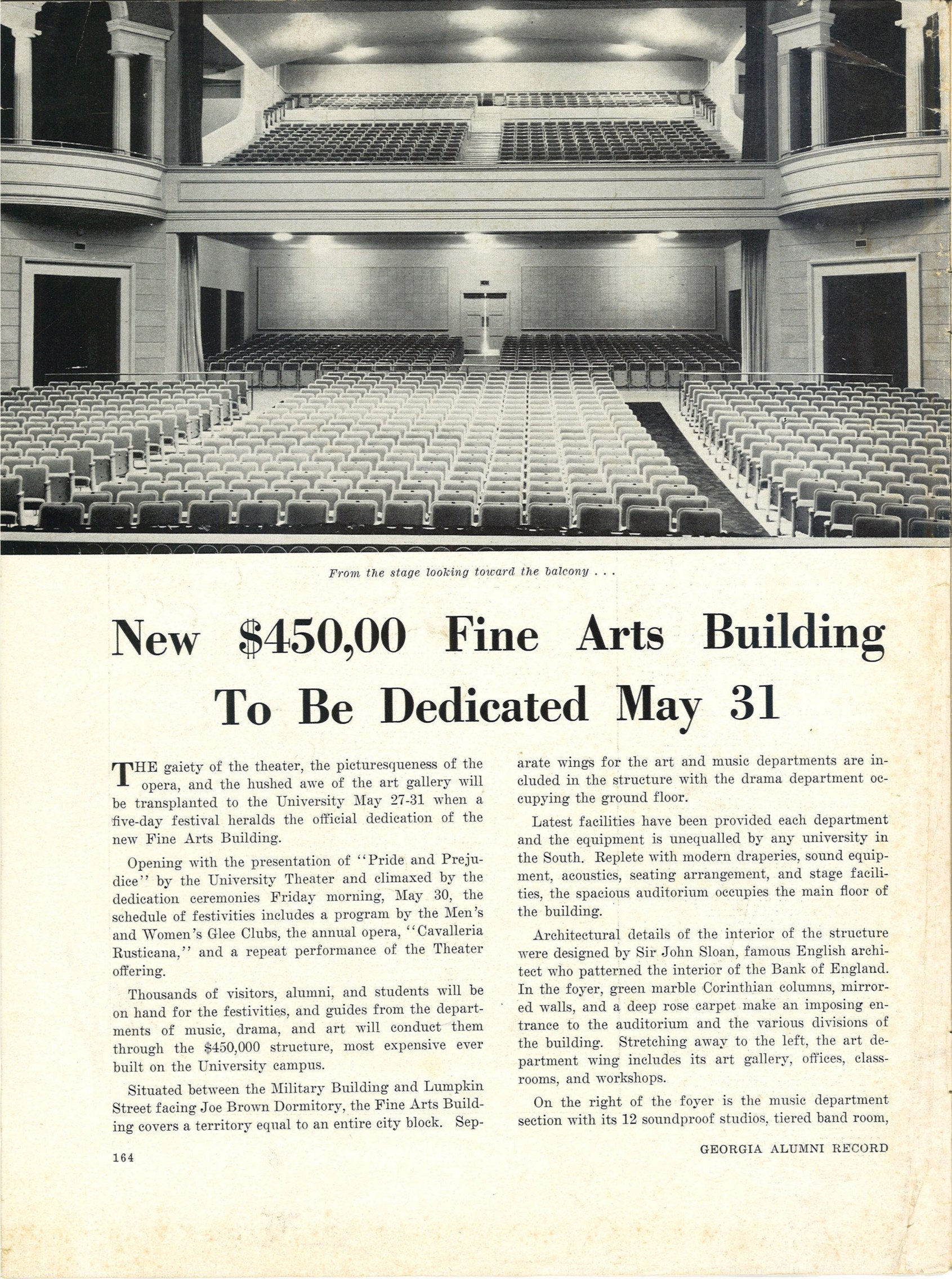 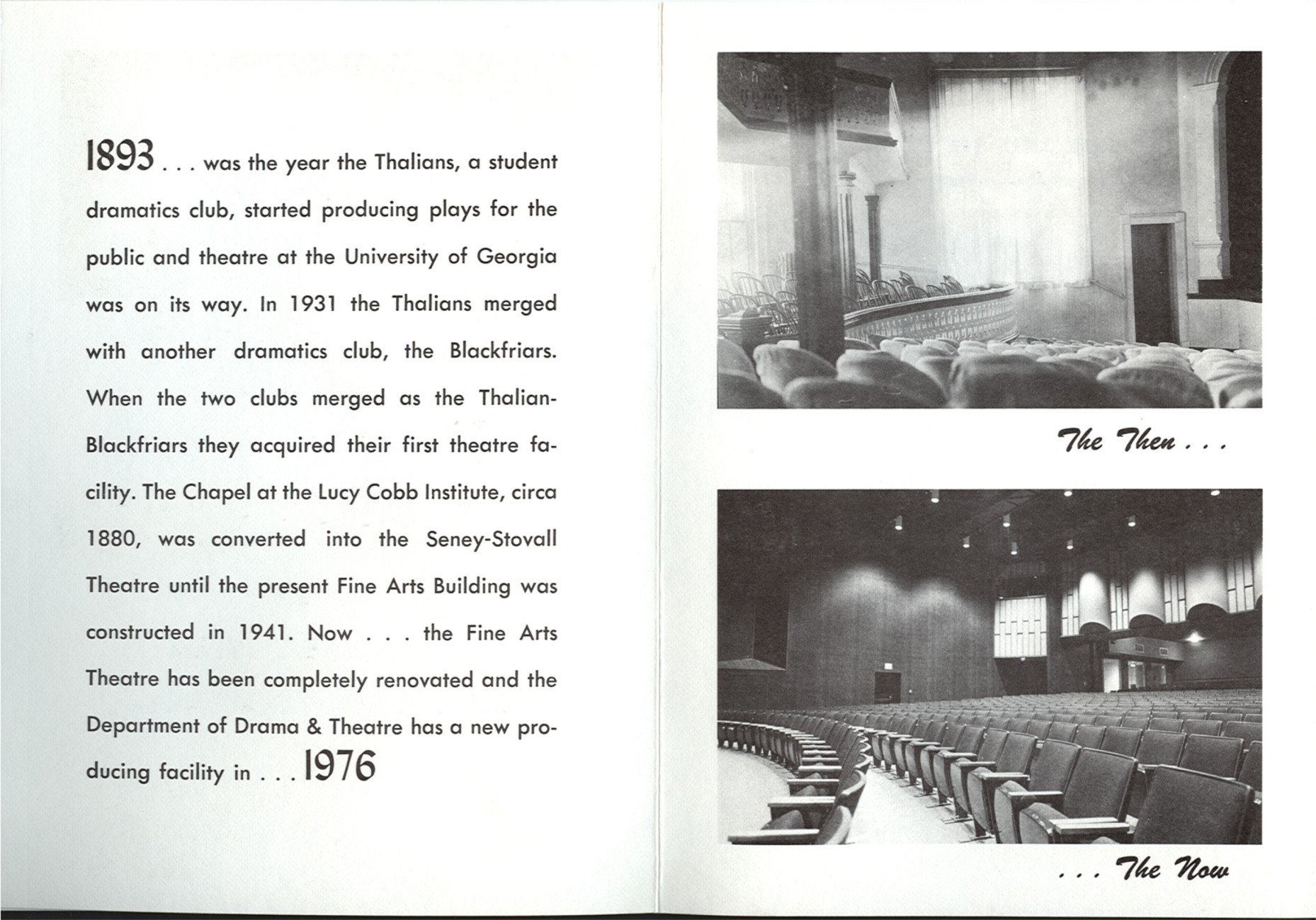 A performance of Both Your Houses, 1942. 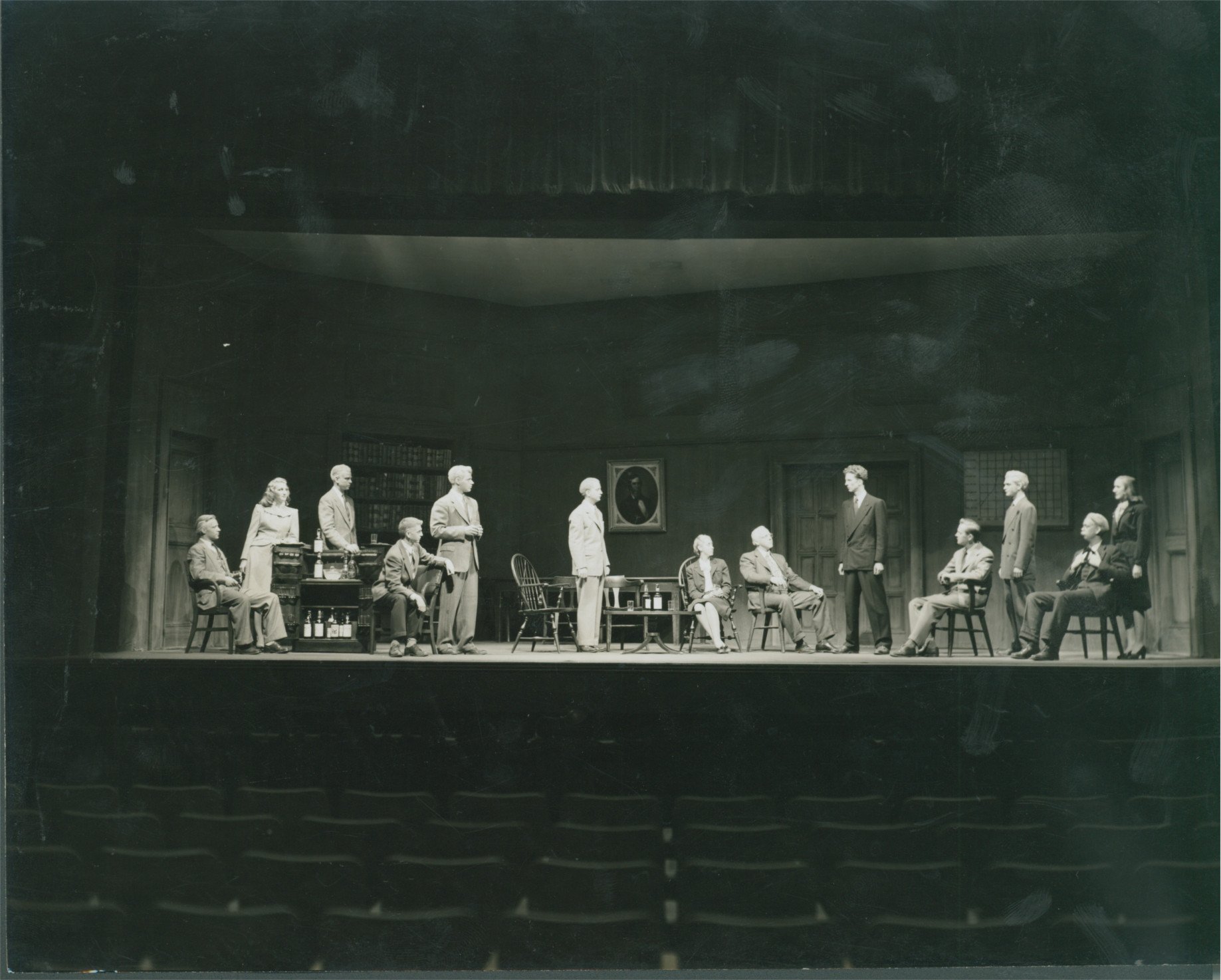 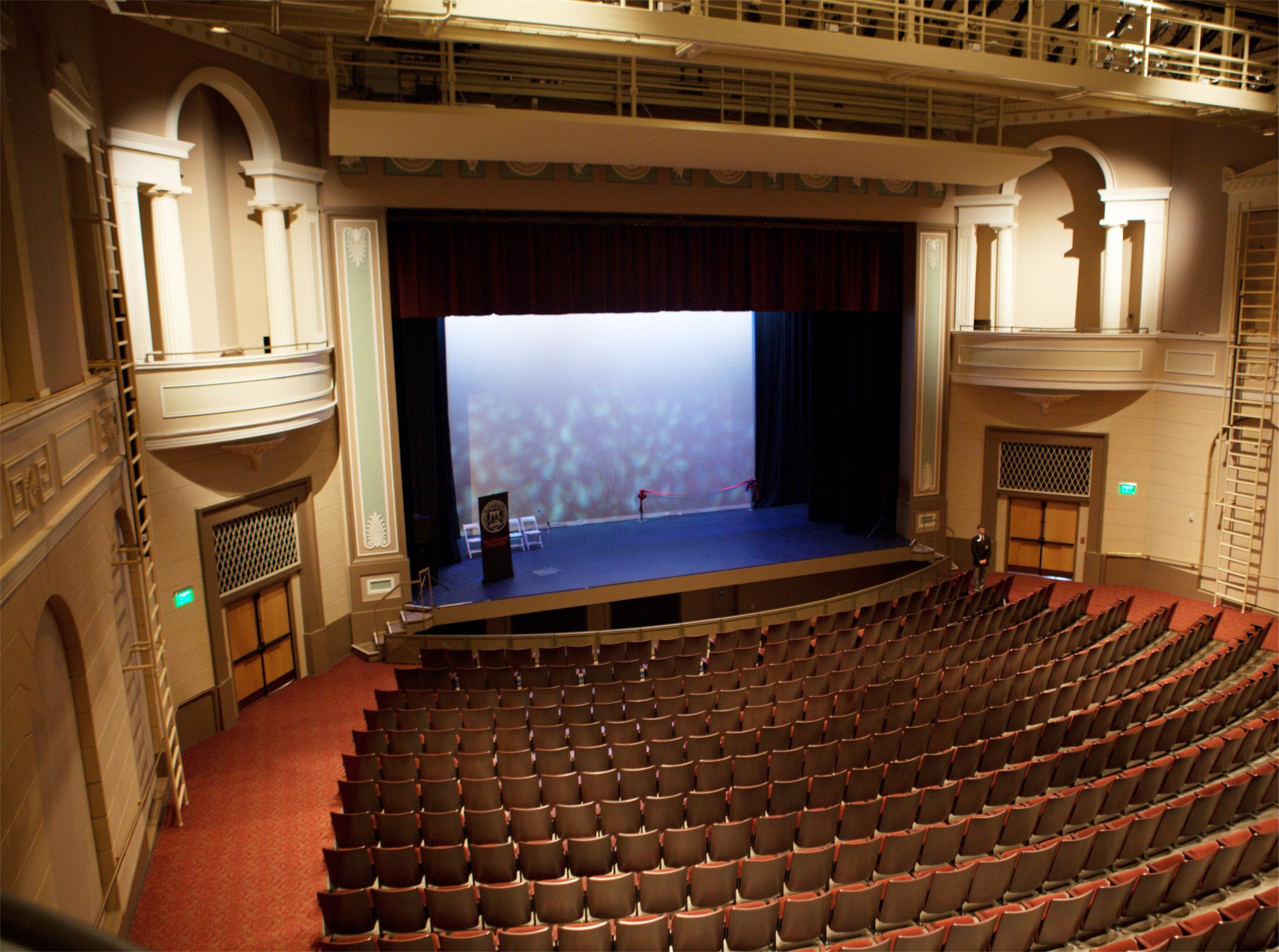 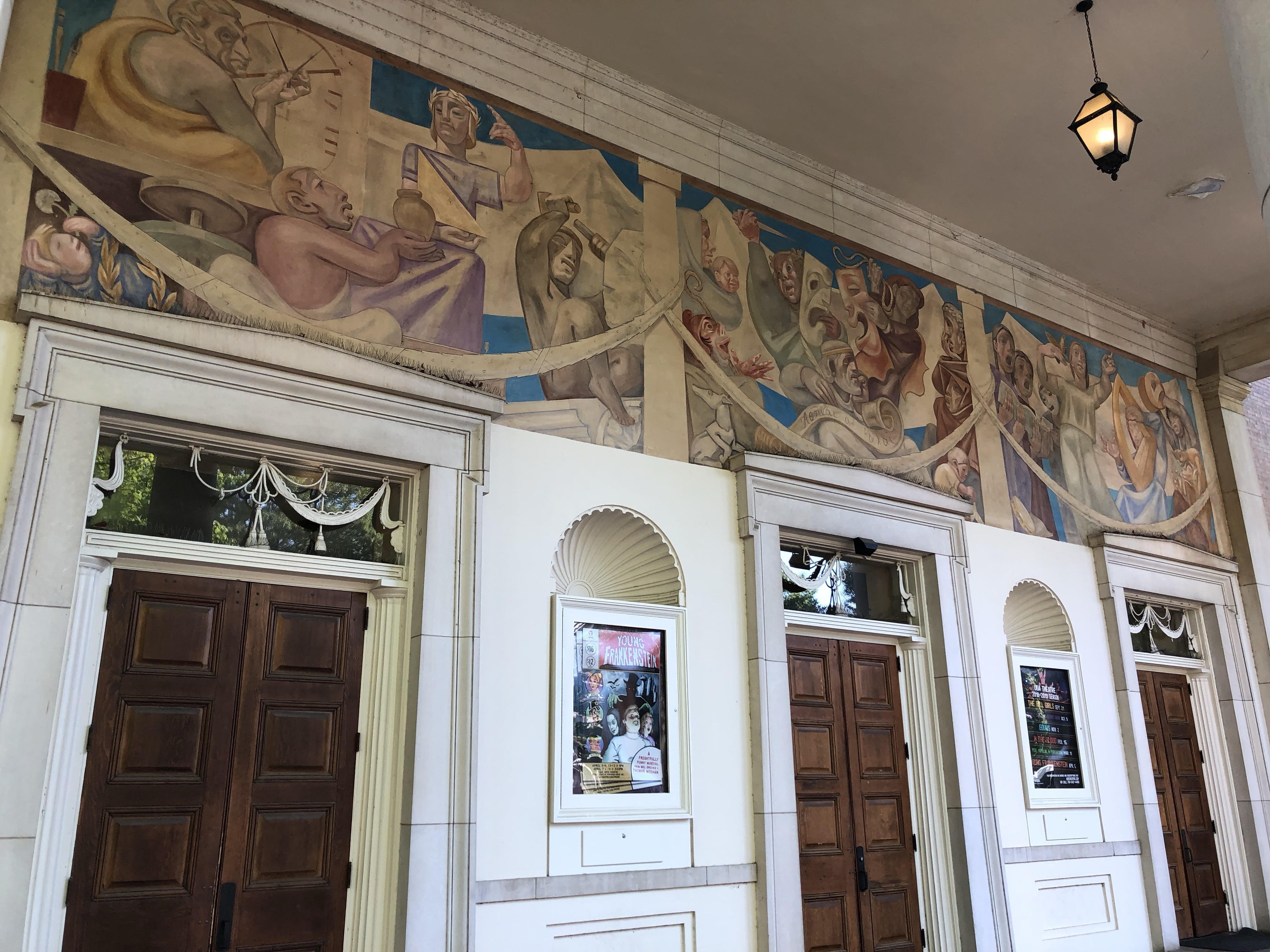 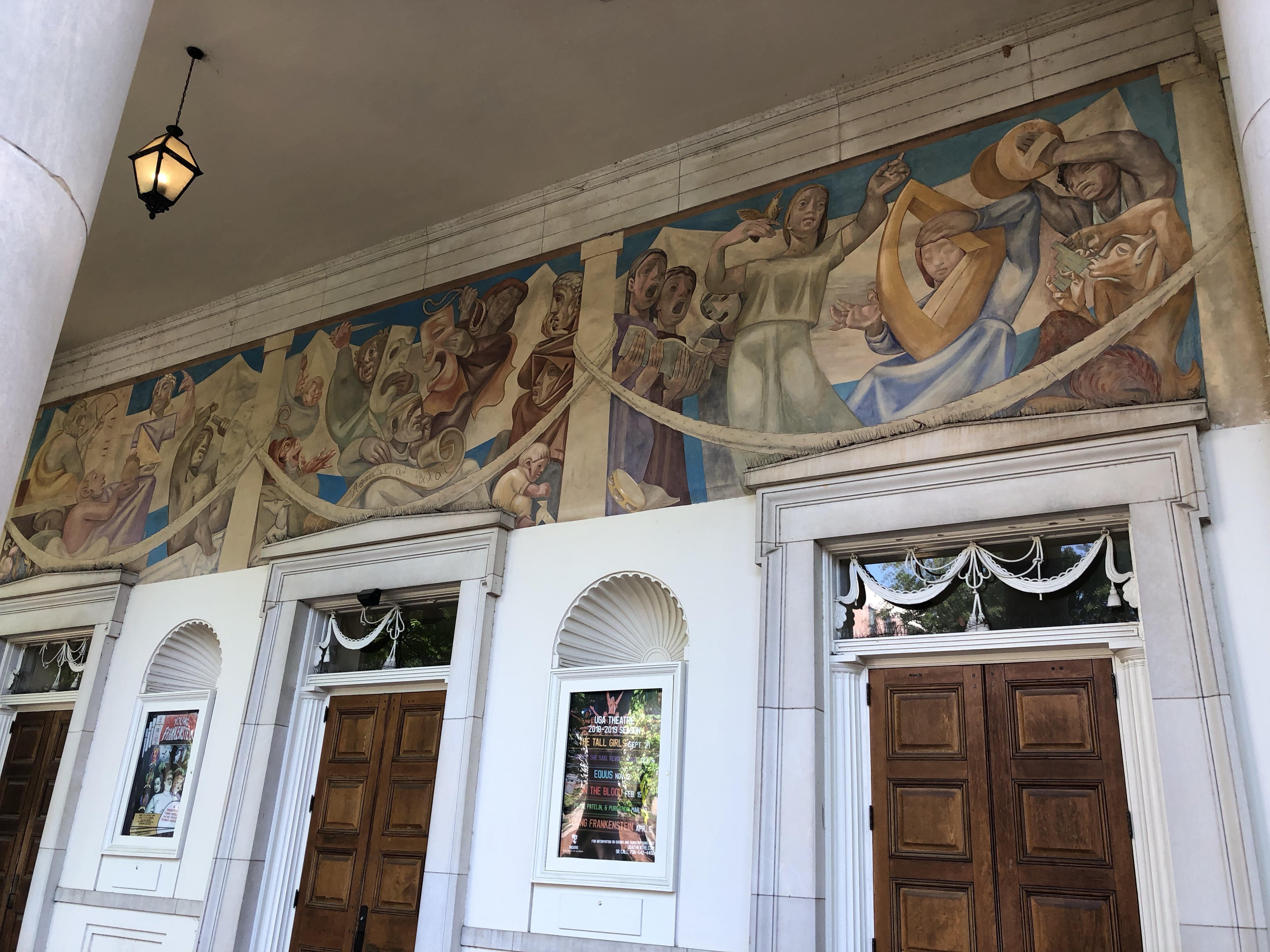 Smaller mural over building's side entrance located east of the main entrance. 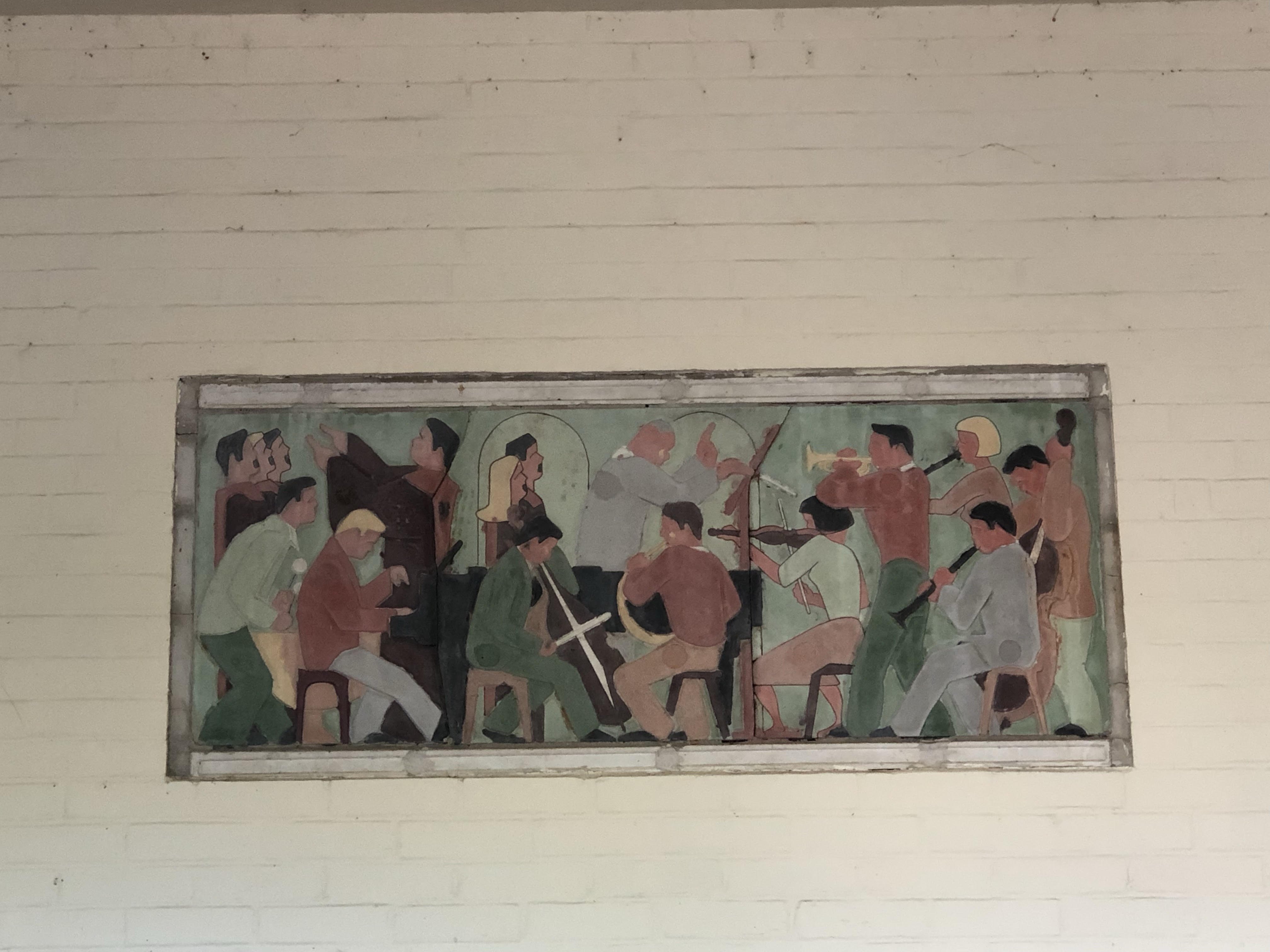 The Fine Arts Building (or FAB) is located at the intersection of Lumpkin St. and Baldwin St. on the University of Georgia’s North Campus and currently houses the Department of Theatre and Film Studies. The building opened in 1941 and housed the Theatre, Art, and Music programs at the University of Georgia.1 The murals above the building’s three main entrances were commissioned as part of FDR’s New Deal (it was the last UGA building to be built with Public Works Administration funds).2 The building went through a massive renovation in 1976 and again in 2009.3

The interior of The Fine Arts Building was designed by English architect, Sir John Sloan, and originally featured a dome ceiling picturing the sky, ornate mirrors and fixtures, and the main stage featured a balcony as well as lavish box-seating.4 The renovation in 1976 completely transformed the main theatre into a Black-box theatre. The walls and dome were painted Black and the balcony was removed. The main theatre was refurbished again in 2009 when the university spent $4.5 million to reverse some of the Black-box theatre choices of 1976.5

Today the main theatre hosts a wide variety of theatrical performances. Opera companies, ballet companies, and performers from all around the world visit Athens to perform in the FAB’s Main Theatre. The Fine Arts Building was the epicenter for the university’s performing arts until the Performing Arts Center was constructed in 2010. The Music Department left the FAB in 1995 and since then the Department of Theatre and Film Studies has continued the FAB's long tradition of cutting edge theatre and performance arts.