This specific piece of land was used as a barrier for the Union Army to protect the L&N bridge to keep the Confederate forces from disrupting their operations. Between the year (1862 - 1865), Salt River along with the L&N Railroad occupied this Fort and also the bridges/railroads that were associated with Fort DeWolf. This particular railroad was important to the troops because this was how they obtained supplies. Fort DeWolf in modern day time is nothing, but a piece of property occupied by a land marker. This specific Historical Marker can be found in The Bullitt County History Museum.

A layout of Fort DeWolf in Bullitt County, Kentucky. 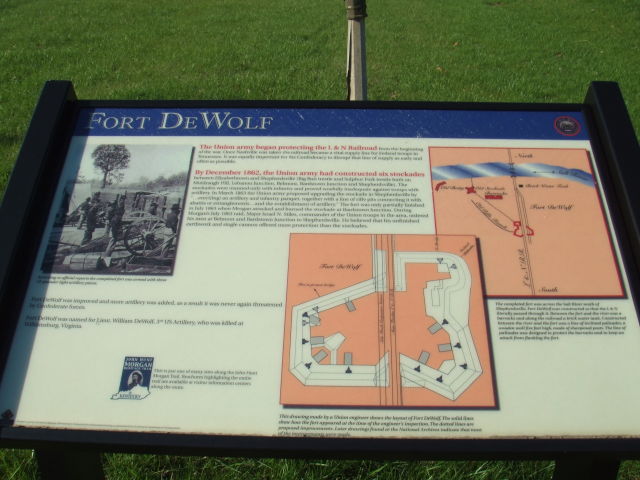 L&N Bridge monument. Fort DeWolf's prime purpose was to protect the railroad that passed over the Salt River in Bullitt County, Kentucky. 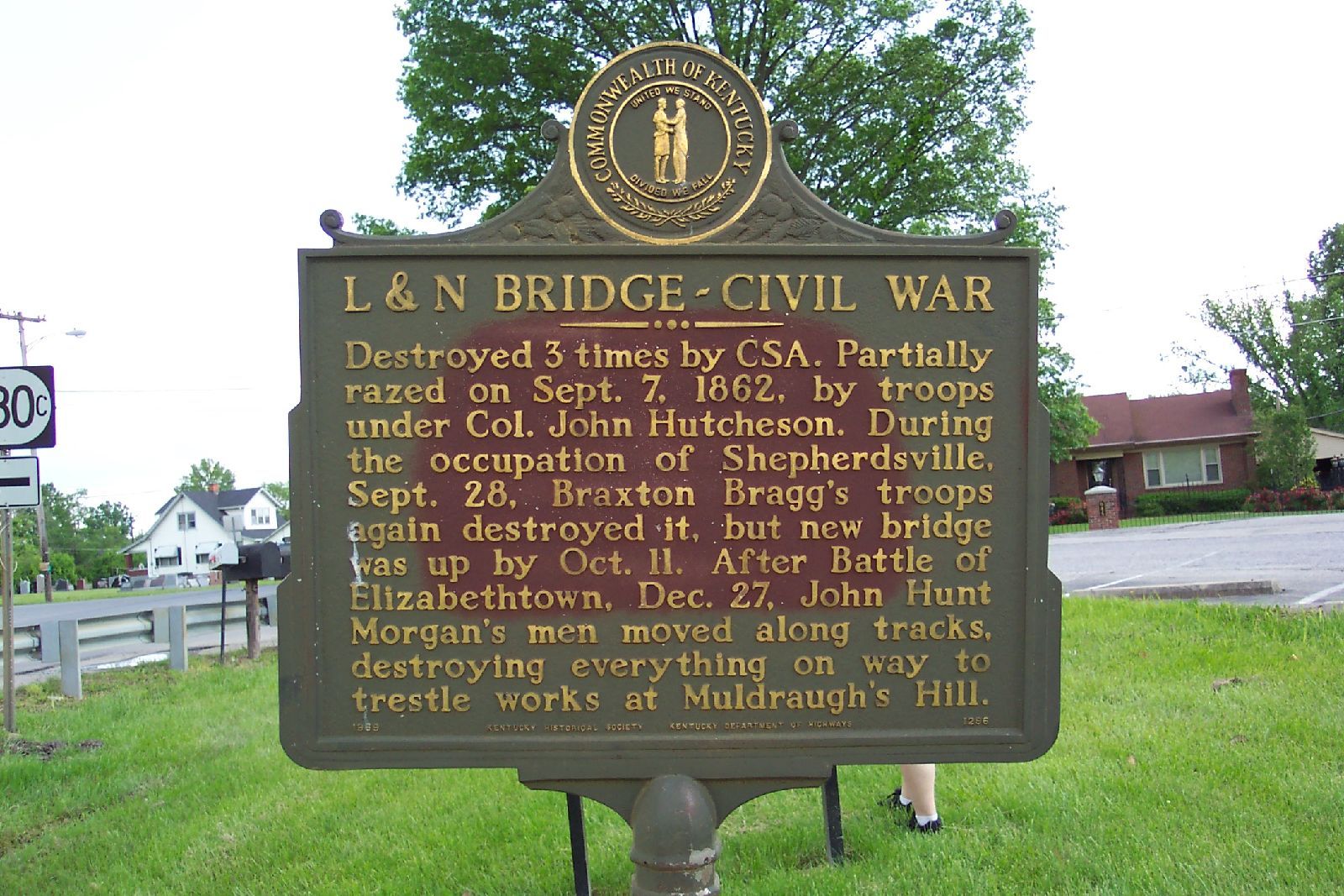 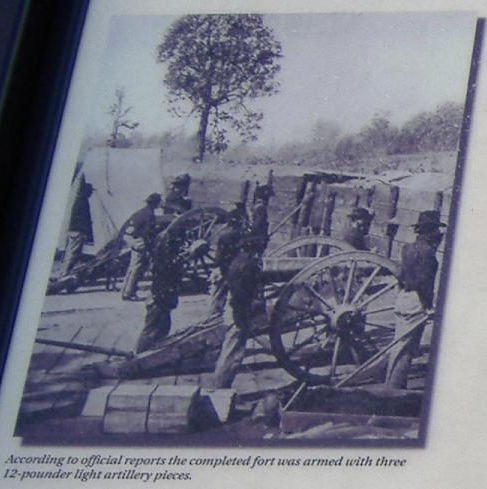 Fort DeWolf received its name from the Lieutenant William DeWolf who was apart of the 3rd US Artillery. Lt. DeWolf had a brilliant idea by placing this Fort on the line of the railroad. The railroad was a vital asset to both the Confederate and Union troops. The strategic placement of the Fort allowed the troops to man the Fort with ease. Having the Salt River, surrounding land, and the bridges/railroad to guard made it ease to spot potential threats to the Fort. Lt. DeWolf passed away in Williamsburg, VA.

In the early years of 1862 - 1865 the small, but well maintained and operated fort was constructed. From the early days of the War the Union troops were focused on the well being of the L & N railroad. Once the Battle of Nashville was concluded the Union troops had manhandled the Confederate forces that occupied the area of operations. The Confederates made it seem necessary to come back to Salt River and try to ruin the train travel for the Union troops.

In mid December in the year of 1862, the young Union Army had built structures to defend off the Confederates between Shepherdsville and Elizabethtown. The stockades were only equipped with light infantry troops, but the Union needed to equip more fire power. The Union leaders heard the call out to upgrade the stockades to actual forts. Fort DeWolf was updated by the Union troops and engineers with more than enough artillery. The Confederates never attacked this specific piece of land because it was placed in a strategic position on the Salt River.

The L&N Railroad company was also know as the Louisville and Nashville Railroad. This specific Railroad company had the dates of operation to be between 1850-1982. The railroads headquarters was located in Louisville, KY along with stretching over 10,000 miles across the southeast of the United States. The railroad system was the biggest means of transportation for the Union troops along with the Confederate troops. In the years that the railroad was booming with business it acquired the nickname "The Old Reliable."

Today there are no remains of Fort DeWolf that was built in New Shepherdsville, KY along the Salt River. Fort DeWolf played a critical role in the Civil War by providing means of transportation to both the Union and Confederate troops. The early day Forts that were being built weren't anything speacial, but they defended the enemy off enough so that they wouldn't loose their assets.