As part of General Ulysses S. Grant’s Overland Campaign, the Battle of Spotsylvania Courthouse was among the bloodiest battles of the Civil War. This series of battles lasted from May 8th to May 21st, 1864. Both sides suffered heavy casualties. The site preserves the battlefield for public viewing. The bloodiest and fiercest events of the battle took place in what is called today "The Bloody Angle" where Grant ordered charge after charge against Confederate earthworks that were referred to as "The Mule Shoe," and men piled up on both sides of the works. The Union did break through at this angle but were forced back but stayed and fired at Confederates thorough holes in the works during the night into the next day. Eventually, Grant ordered his men back to the do as he after the fighting in the Wilderness: He went around Lee and kept on toward Richmond and awaited the next fight. The earthworks are still a bit visible to this day. 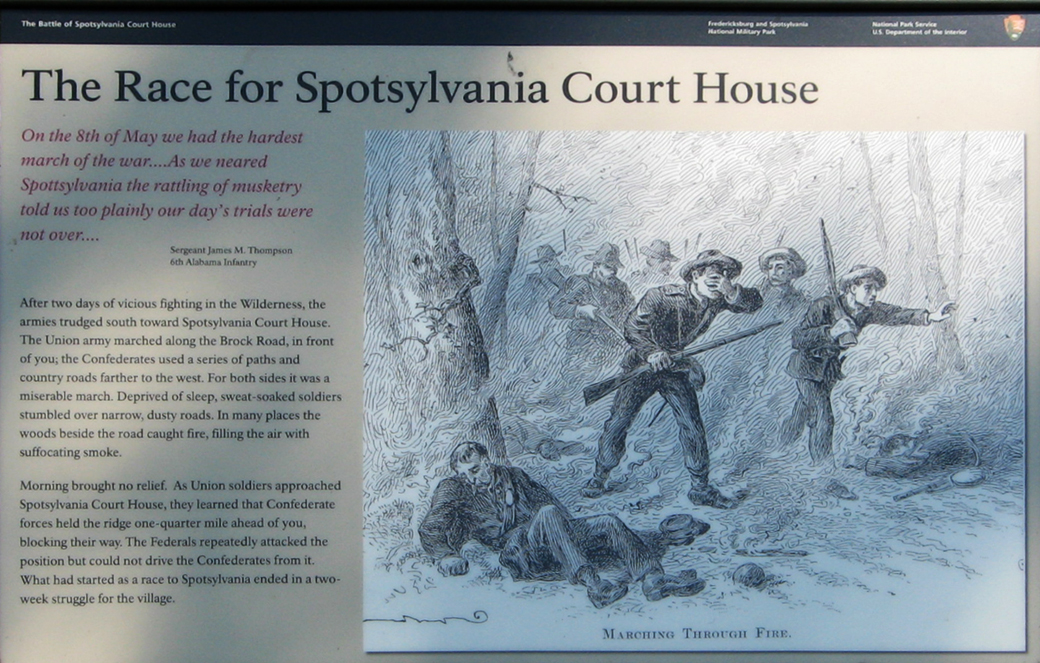 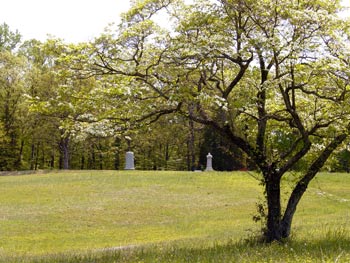 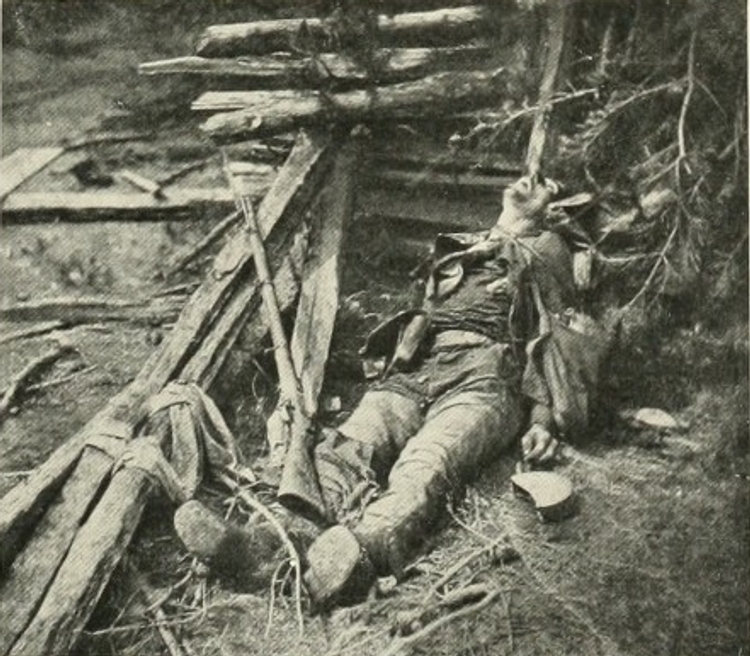 Another look at the Bloody Angle. 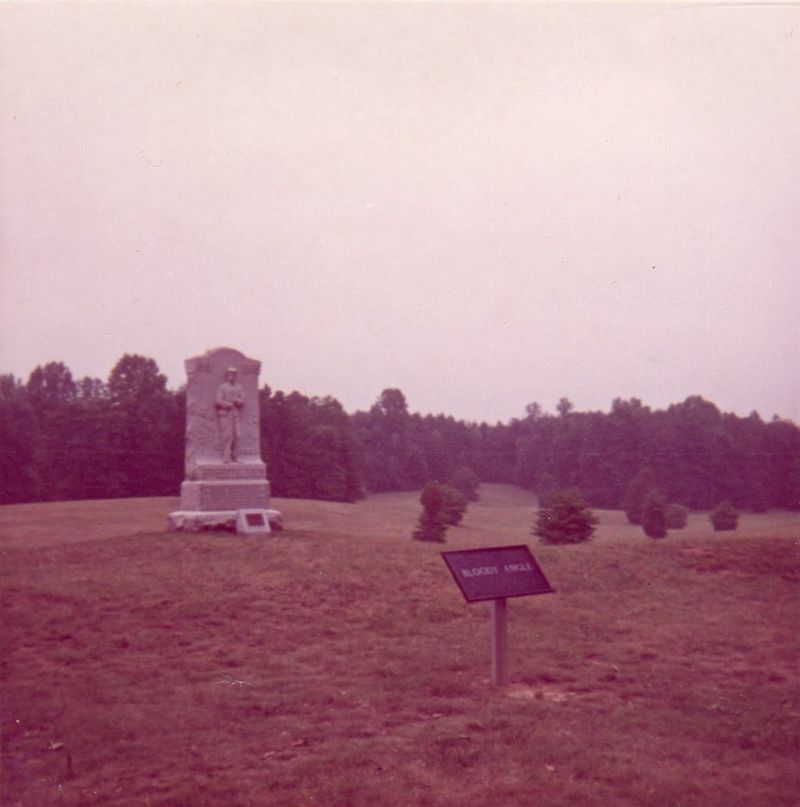 Union Brigadier General Emory Upton. During the battle he was a Colonel. Following his marginally successful charge, Upton was prompted to the rank of Brigadier General...while he was still on the field, leading and fighting for over a day 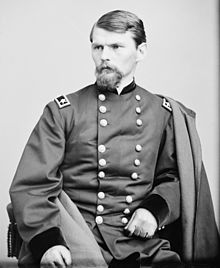 Spotsylvania Courthouse building. This photo was taken around the time of the battle. 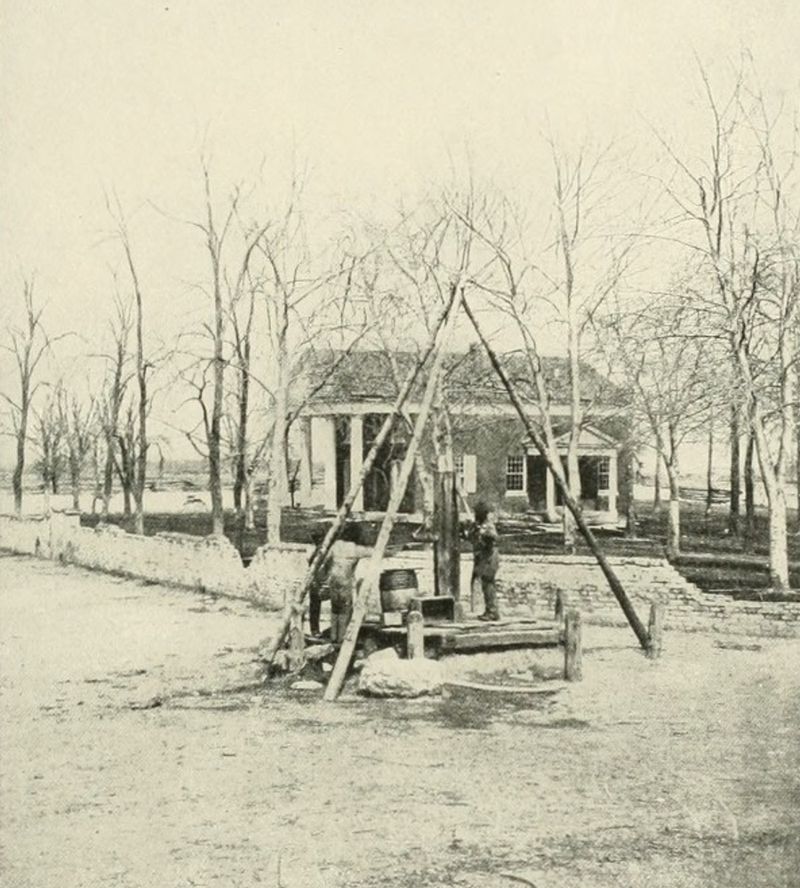 The Battle of Spotsylvania, by Thure de Thulstrup. This scene is of the Union breakthrough at the Mule Shoe using the new charging tactic devised by Emory Upton. 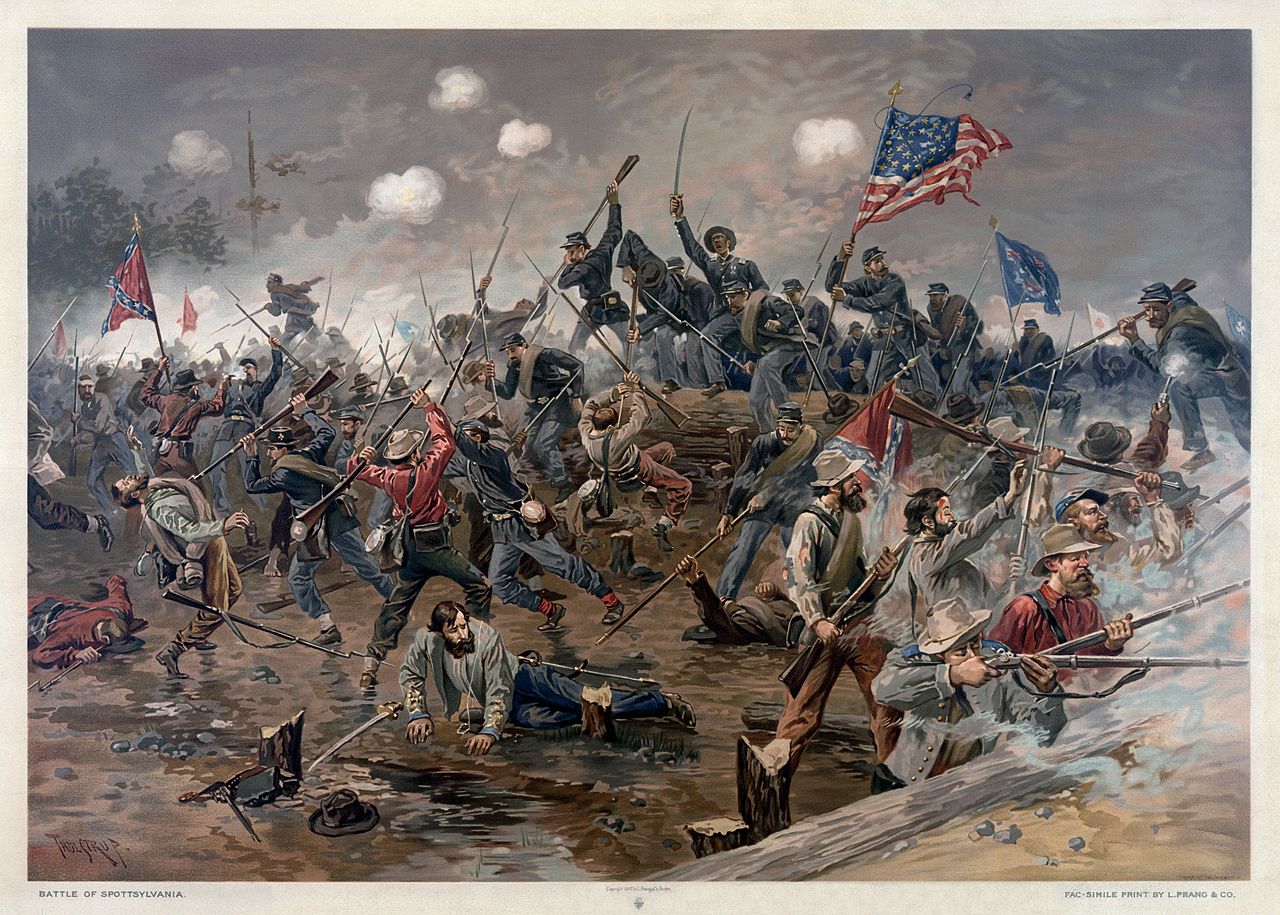 General Grant’s Overland Campaign was an effort to advance toward and take the Confederate capitol of Richmond, Virginia.  The Confederate General Robert E. Lee was able to stall General Grant and General George G. Meade at Spotsylvania Court House.  Grant and Meade commanded 100,000 men while Lee commanded 52,000.  There were an estimated 30,000 casualties from this series of battles, and the outcome was inconclusive. 1

The Confederate Army had built a large system of earthwork fortifications that extended of over 4 Miles.  This made the Union advancement toward Richmond very difficult despite their superior numbers. 2

On May 8th 1864 General J.E.B. Stuart successfully blocked Union troops at Laurel Hill Va. (Not to be confused with the Battle of Laurel Hill, near Belington, W.V.)  Following the loss at Laurel Hill, Grant sent troops to cross Po River.  This action was blocked by General Lee.  On May 10th Colonel Emory Upton attempted to take the “Mule Shoe” (part of the earth work fortifications built by the Confederate army)   but was unsuccessful at holding it.  On May 12th, Union forces attempted another advance on the Confederate fortifications. This resulted in a battle that has come to be known as the Bloody Angle.  The Union and Confederate forces engaged in a 22 hour long, close combat battle with an estimated 17000 casualties. 3

During the battle at Bloody Angle Confederate General Lee was able to build new earthworks and establish a new line of defense.  From this newly fortified position Lee was able to easily repel Grant’s troops, effectively forcing Grant to reroute his army.  From there Grant attempted to continue to the Confederate Capitol.

Reenactments of these battles are carried out annually

The battlefield is open from sunrise to sunset. Guided tours are given at 1:00 and 4:00