Socorro Mission is a historic Spanish mission church established by the Franciscans (a Catholic missionary order) in 1682. The present structure, built in 1840, is a well-preserved example—one of the best, in fact—of mission architecture in the Southwest. The Franciscans founded the mission for Spanish settlers and converted Indians who fled New Mexico in the wake of the Pueblo Revolt of 1680, which was an uprising of Pueblo Indians against the Spanish. The church is constructed with thick adobe and stucco walls. The main entrance, the south facade, features stepped walls with a belfry in the center. The interior is more striking as if features decorated, carved cottonwood and cypress support beams called "vigas" used in the first church building. The architecture and decorative elements of the present building reflect both Spanish and Indian influences. It was added to the National Register of Historic Places in 1992. The church remains active today and is called La Purisima Catholic Church. It was restored in the 1990s. 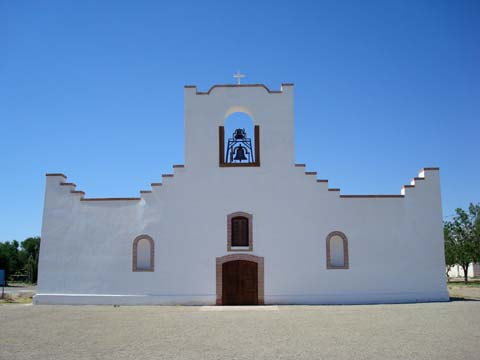 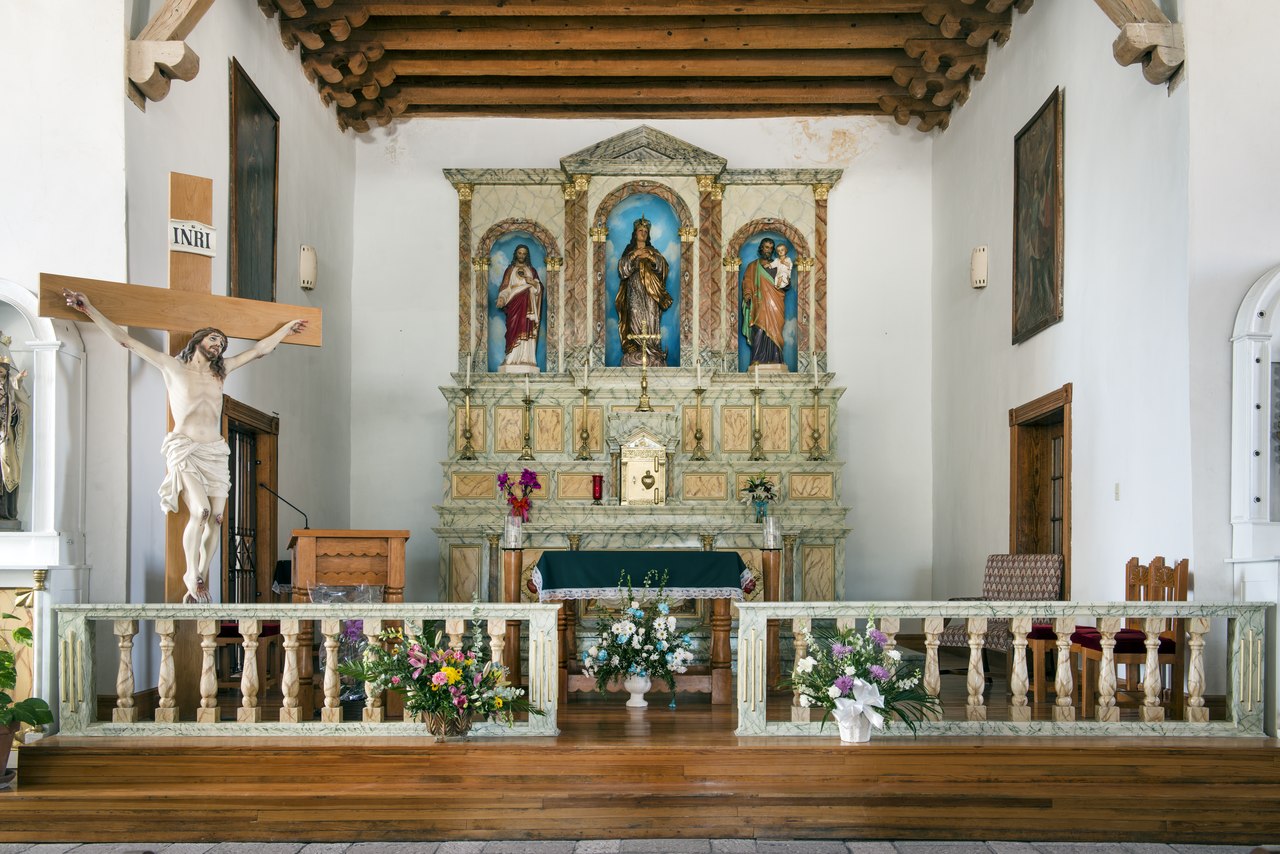 Closeup of the "vigas" beams that form the roof of the church. 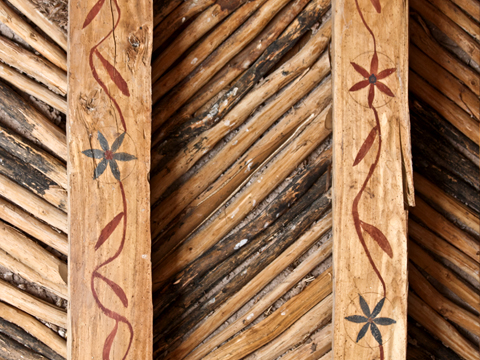 Socorro Mission was established in 1682. The current church building was built in 1840, replacing an earlier one destroyed by flooding in 1829. 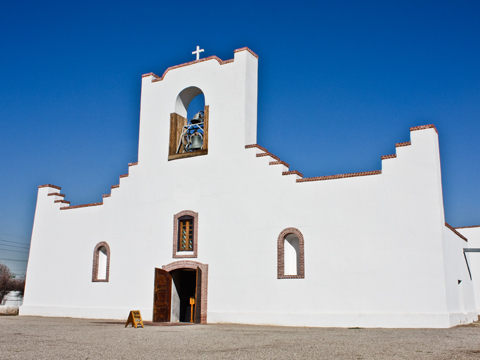 The Spanish arrived in the Southwest around 1540, initially in search of treasure after hearing rumors about "cities of gold." The expeditions that traversed the region inevitably encountered native populations. While relations between the two were generally peaceful at the beginning, hostilities eventually arose. For example, during the expedition led by Francisco Vásquez de Coronado (1540-1542), the Spaniards and the Pueblo Indians got along at first. However, tensions arose after Coronado and his men became too demanding for food and land. The Indians rose up and forced them to leave (the Indians didn't have gold or silver either).

This episode and other subsequent, and often violent, interactions between Indians and the Spanish continued in the coming decades. The Spanish began to actively colonize the West as well. Around 1580, two Franciscan friars explored the Pueblo region and, upon returning to Mexico, wrote favorable reports about that they encountered. Based on these reports, in 1598, Spain sent another expedition led by Juan de Oñate along the Rio Grande River and into the Pueblo region in New Mexico. Franciscan friars (and other settlers) were also part of the expedition and overall were fairly successful in converting at least some Indians to Christianity.

Once again, the Spanish violently imposed themselves on the Indians. However, in 1599, the Indians revolted against the Spanish. After a series of violent confrontations, Oñate and his men massacred hundreds of Indians at the Acoma Pueblo and enslaved many as well. The Spanish subjugation of the Pueblo region continued for the next several decades until 1680, when, as stated above, the Pueblo Indians revolted, forcing the Spanish to retreat south into present-day El Paso. Two years later, the Franciscans established the Socorro Mission.