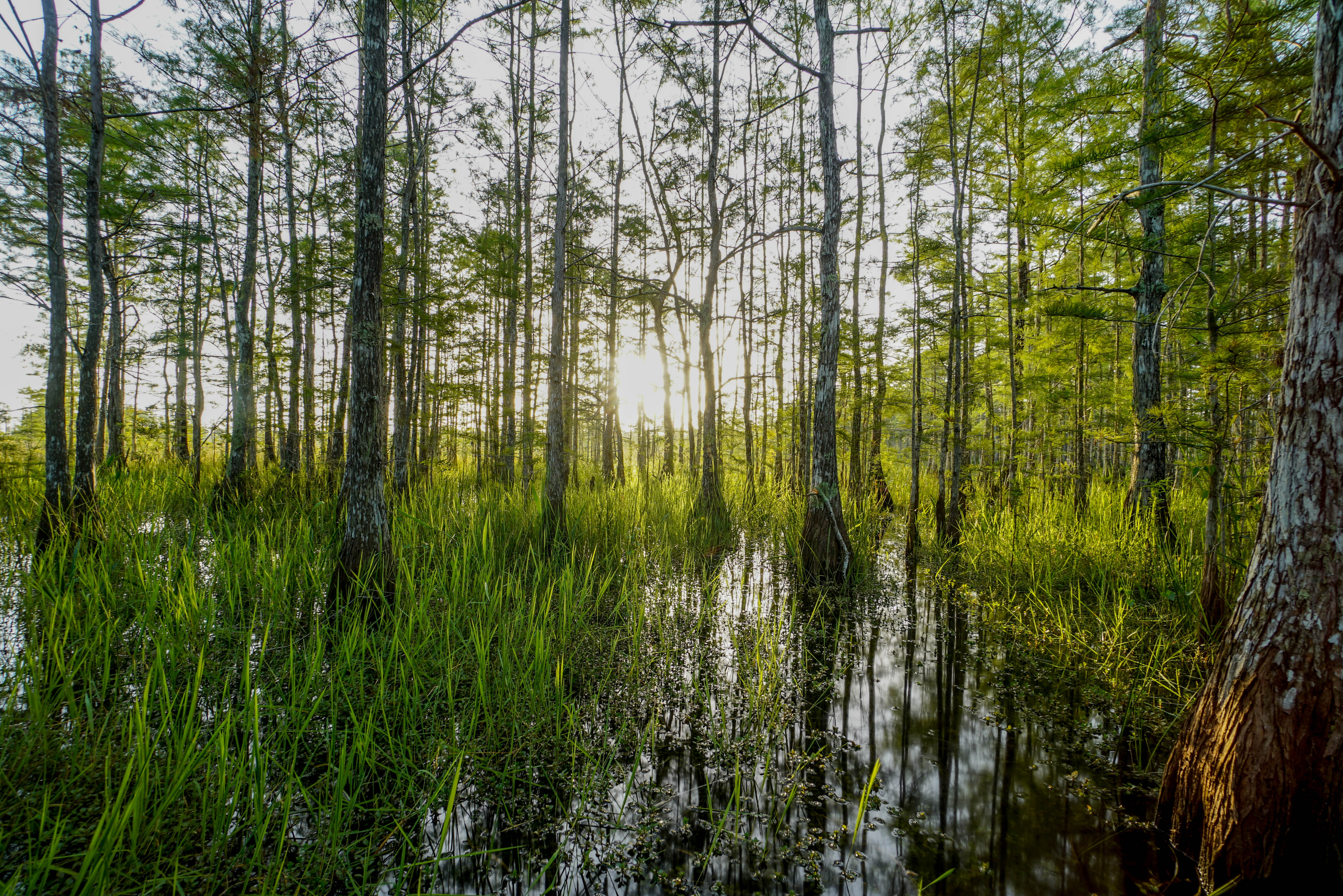 The Big Cypress National Preserve is located in the everglades of South Florida. The first people to settle in the area that is now known as the Big Cypress National Preserve are the Calusa Indians and the Tequesta Indians. These Indian tribes were unable to grow their own food because the area was unfit for farming, so these tribes survived by hunting and gathering their own food. (“Precolumbian Peoples of Big Cypress”).

The Calusa survived by fishing for catfish, crawfish, crabs, and other seafood. The Calusa Indians were the first Indians to use shells to make tools, weapons, and jewelry. Even though Calusa means “fierce people” they succumbed to diseases brought by Spanish explorers and died out in the 1700’s (“The Calusa: The Shell Indians”).

The Tequesta tribe settled in Southwest Florida and were similar to the Calusa tribe in that they were also hunter gatherers. Their diet consisted of seafood, but also contained nuts, berries and wild game, like bear and boars. They used shells for tools like their Calusa neighbors, and were overall a very peaceful tribe. Unfortunately, they died out from disease, from Spanish and Indian attacks, as well as slavery (“The Tequesta of Biscayne Bay”).

The Tamiami Trail was a road that connected Tampa to Miami that was finished in 1928 (“Tamiami Trail: Next Steps”). The Tamiami Trail passes through the Big Cypress National Preserve, and one of the towns that formed along this trail was Ochopee. Ochopee means “farm” in the Seminole language. The town had a store called Monroe Station, and a man named Edgar S Gaunt started businesses there, including a farm, and at one point one thousand people were working for Mr. Gaunt. One night in 1953, Ochopee’s post office burnt down, and the postmaster began storing the town’s mail in an old irrigation shed. The Ochopee post office is considered to be the smallest post office in the country and in still in use today. Ochopee is scarcely populated now but it remains a big tourist attraction on the Big Cypress National Preserve, the National Park Service website warns tourist visiting to be respectful of the few people still living there (“Ochopee”).

In 1971, Nixon seized 547,000 acres of known as the Big Cypress Swamp (Kenworthy 1971). He wanted this land because he did not want it to be privately owned because of the Swamp’s natural resources (Kenworthy 1971).

The Big Cypress National Preserve has a total of eight campgrounds to camp at, these are: Bear Island, Midway, Gator Head, Pink Jeep, Pinecrest, Burns Lake, Monument Lake, and Mitchell Landing. These campgrounds cost a nightly fee, and the fee depends on certain conveniences like drinking water, electricity, and restrooms (“Campgrounds”). In addition to camping, another activity available to visitors is canoeing and kayaking. The Big Cypress National Preserve has four different canoe trails, the shortest being called Lefthand Turner River Paddling Trail at 3.65 miles and taking three to four hours to complete, while the longest of these trails is named Turner River Paddling Trail at 9.93 miles long and taking four and a half to seven hours to complete (“Canoe Trails”).

The Big Cypress National Preserve is home to many animals one of which is called the Anhinga. The Anhinga is a Black and white bird that spends time on land and is able to catch fish in the water thanks to its pointy beak (“Anhinga”).

Alligators can also be found on the Big Cypress National Preserve, that can be found in any body of freshwater (National Park Service). The alligator is a predator that feeds on anything from fish to small animals like birds, these predators can stay submerged underwater for long periods of time and can attack suddenly clamping down on their unfortunate prey with their powerful jaws (“American Alligator”).

The Big Cypress National Preserve is run by a superintendent that oversees everything that takes place on the Preserve (“Our Staff & Offices”). The Big Cypress National Preserve is open at all times, seven days a week, twenty-four hours a day, however, the main office building are open from eight in the morning to four-thirty in the afternoon seven days a week. In order for a visitor to stay on the Preserve overnight they must either be on a designated campground or have a permit to stay somewhere else on the Preserve (“Operating Hours & Seasons”).

The Calusa: "The Shell Indians", fcit.usf.edu/florida/lessons/calusa/calusa1.htm.

The Tequesta of Biscayne Bay, fcit.usf.edu/florida/lessons/tequest/tequest1.htm.