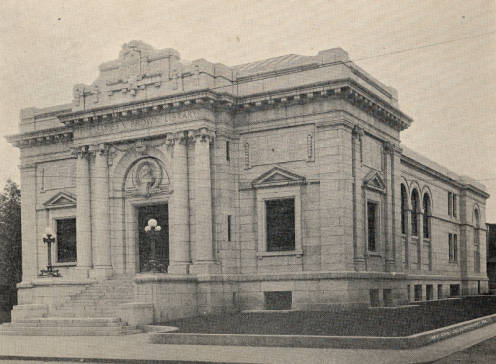 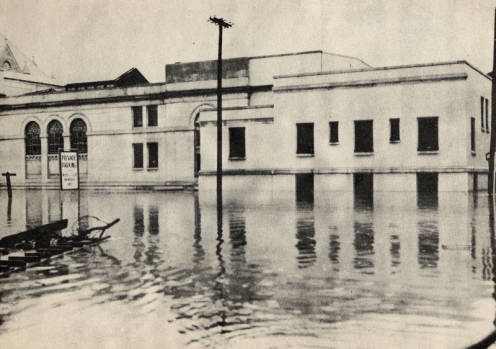 Construction of the interior of James V. Brown Library 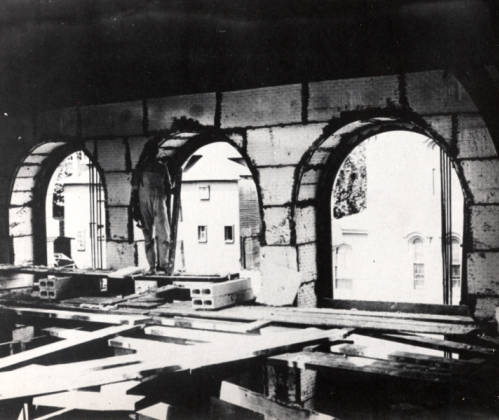 On December 8, 1904, James VanDuzee Brown passed away in the city of Williamsport, Pennsylvania at the age of 78. Sixteen days later the executors of his will called together a group of people who together would become the first Board of Trustee members for the James V. Brown Library. It was at this meeting that Brown’s will was read and it included the following information: that he wanted a free library built for public access, that he didn’t believe that he would survive long enough to see one built, he was allocating money to the city for construction of this library, that it shall be named “James V. Brown Library of the city of Williamsport, PA”, and that the members of this meeting were to become the first board of trustees.

The members of the Board of Trustees include the mayor of the city, the rector of Christ Episcopal Church (of which Brown was a member), the superintendent of the schools in Williamsport, a member elected by the city council and five members elected by the public. The only stipulation for membership on the board is that all members reside in the vicinity of the city or it’s surrounding areas. This set up for the library's Board of Trustees is still used today.

In 1907 the James V. Brown Library opened to the public and in the 100+ years that it has been opened it has continuously found new ways to provide free library services to the public. In 1939, the library created its first bookmobile that was designed to drive along county roads and bring education access to those who had difficulty going to the city. In the 1970s and 1990s the library worked to expand its collection to keep up with new technology by adding microfilms, MP3, DVDs, and computers. And in 2009, the extension known as the Welch Family Wing opened. Today the library continues its original mission of bringing free education to those in the Williamsport and surrounding areas with an annual visitation of 225,000 people.