Near the Wyoming border is a rest stop that features a unique monument to the plains Indians and the region's history. It consists of eight concrete lodgepoles, each weighing 6.5 tons, that form a tipi. The poles were placed in an interlocking spiral formation and welded together. The monument also includes an interpretive sign.

The Spearfish Rest Stop Tipi is one of several located in South Dakota. 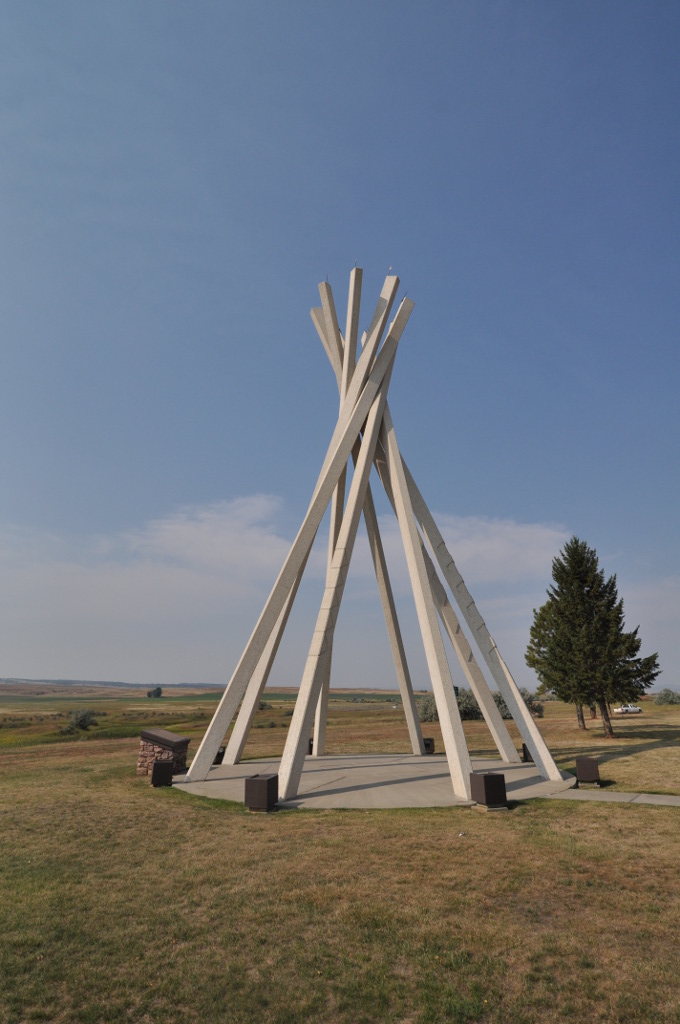 This tipi is one of several dispersed throughout South Dakota. They were designed by Sioux Falls architect Ward Whitman and built in the 1960s and 1970s. They were, collectively, added to the National Register of Historic Places in 2015 under the title "Ward Whitman's concrete instate tipis." Unsurprisingly, the tipis are as well known in the state as other roadside landmarks such as Dinosaur Park in Rapid City and the windmill in Millbank.

The first tipis were built at the Wasta and Salem rest stops. They were conceived as part of the of construction of the interstate highway system in the state. Since the purpose of these stops is to allow travelers to use the bathroom and eat something, state officials wanted to reflect local regions. This is essentially why the tipis were built. They have now become iconic landmarks.