In all of our education and experiences we, as a society have learned history from educational institutions. In many ways we create history each day that will one day be written in a book for future generations to study as we once did. In most of these history lessons we learn names and dates of historical events in the classroom. I think a vast majority of the nation never considers a location in our country to be distantly related to one of those random names we learned in class all those years ago. In this assignment I imminently thought of President Theodore Roosevelt and that is because he is my favorite president. President Roosevelt is considered the founder of conservation. President Roosevelt created the National Park Service and the location I am choosing is Yellowstone National Park and the impact this place had on his presidency and his legacy for generations to come. 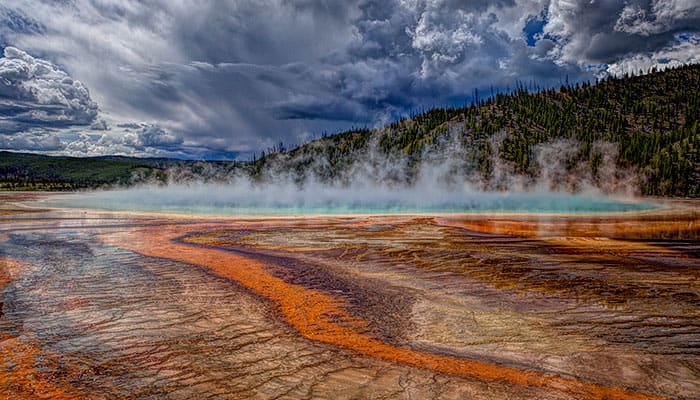 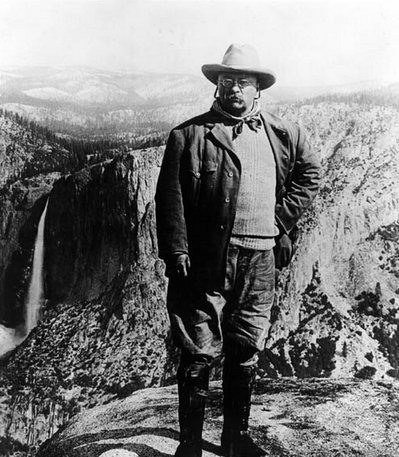 After many legislation success under President Roosevelt's administration, he wanted to take things further in order to protect our environment. In 1916 the National Park Services were created. The effects of this new federal service created the first national park called Yellowstone, Wyoming. To some historians Yellowstone was the first national park in the world (“Theodore Roosevelt.”). In creating the National Park Services President Roosevelt wanted to persevere the history, ecosystems, and integrity of these landscapes. In that regard, Yellowstone is a great example in the name itself. The name Yellowstone came from the translation of the Native Americans that used to live there. Yellowstone is an area with great significant to the scientific community (Yellowstone National Park). Yellowstone is home to over a thousand archeological sites and structure, Yellowstone is also the only known super volcano in the United States (Yellowstone National Park). All of this may not have happened if President Theodore Roosevelt did not have the invitation to make conservation an official concern during his administration.

Legacies are viewed and honored in different ways. President Roosevelt’s actions on conservation are still being honored and upheld in today's society by different aspects of our society. I would like to first look at a national organization close to my heart and that is the Boy Scouts of America. The Boy Scouts of America was founded in 1910 by Lord Robert Baden-Powell (The Boy Scout Handbook). Baden-Powell was very similar to President Roosevelt. These are both men who were outdoors men, cared about the environment, and are role models I look up to. The Scouting Movement has been around for over a hundred years and international organization. The main purpose of this organization is to provide life skills, leadership, and help the youth of our society succeed and become productive members of our society.

Once the issue of protecting our environment became an issue in our society the Boy Scouts of America adapted a program called Leave No Trace in nineteen ninety-eight (The Boy Scout Handbook). This program is teaching these Scouts how to preserve the environments they interact with on the adventures. Scouts go hiking, camping, canoeing, biking, swimming, and anything imaginable in our environments. That being said, it is important that the Scouting Movement uses its influence as a national organization to teach the future members of our society how important the environment is. This is the perspective example of how President Roosevelt’s legacy is carried on in every Scout. I was taught Leave No Trace when I was nine years old in Cub Scouts and have taught others the ways of Leave No Trace. President Roosevelt’s fight to preserve our environment has had a ripple effect that has affected every Scout and most importantly me over a hundred years later.

The next area in our society that I know does a great job at protecting President Roosevelt’s legacy of conservation is our school systems. The school system accomplishes this by two things teaching science and history. In all of the science classes there is a lesson or core theme in the year is what our environment is and how we as a society affect it. In these science class we learn ways we can become more environmentally friendly and how to advocate for the environment by the importance of recycling. These students might ignore this lesson or maybe just maybe one student in every class is inspired to do their part and help protect our environment and that in itself is keeping President Roosevelt's legacy alive.

Also our school system requires that students take history courses. There is a quote by Bansky, “You die twice. Once time when you stop breathing and a second time, a bit later on, when someone says your name for the last time. ``. This why teaching students history is so important to President Roosevelt's Legacy, teachers teach their students about President Theodore Roosevelt and what his administration accomplished. Teachers will inform their students and future ones on the creation of the National Park Service and the creation of Yellowstone. As long as that part of history is being taught then President Roosevelt’s legacy will live on.

The final way President Roosevelt’s name and legacy lives on is by it being challenged. In today’s society this legacy is being tested almost every day. There are members in our society who do not believe in global warming, the earth being round, and that this is an important issue. The most recent attack on President Roosevelt’s legacy was when President Trump removed the United States from the Paris Climate Agreement (Friedman). There was an outrage that this was helping us and our environment. In this it helped bring the topic of the environment back into the forefront of many Americas. President Roosevelts’ legacy is so strong that the environment will be one of the main debate topics in the twenty twenty Presidential Elections.

In Conclusion, one piece of land can mean much more than just longitude and latitude. In the examination of Yellowstone, this historical landmark represents President Theodore Roosevelt, his legacy, and most importantly how we protect the environment in today’s society. This location and super volcano means represents so much and I hope this little bit of research helped show a bigger picture than just one location.