This is a brief overview of the establishment of America's first National Park, set in place by the Antiquities Act of 1906. The backstory will discuss the creation of Devils Tower and the struggle of its dual-identity of being a famous climbing spot in Wyoming while at the same time having been sacred ground for centuries by more than 20 Indigenous tribes.

Herbert A. Collins' Interpretation of the Devils Tower Creation Story 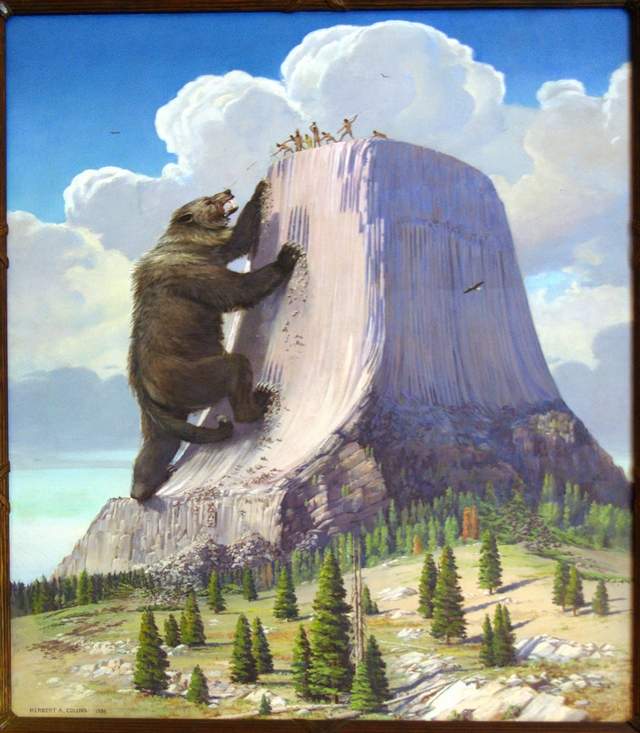 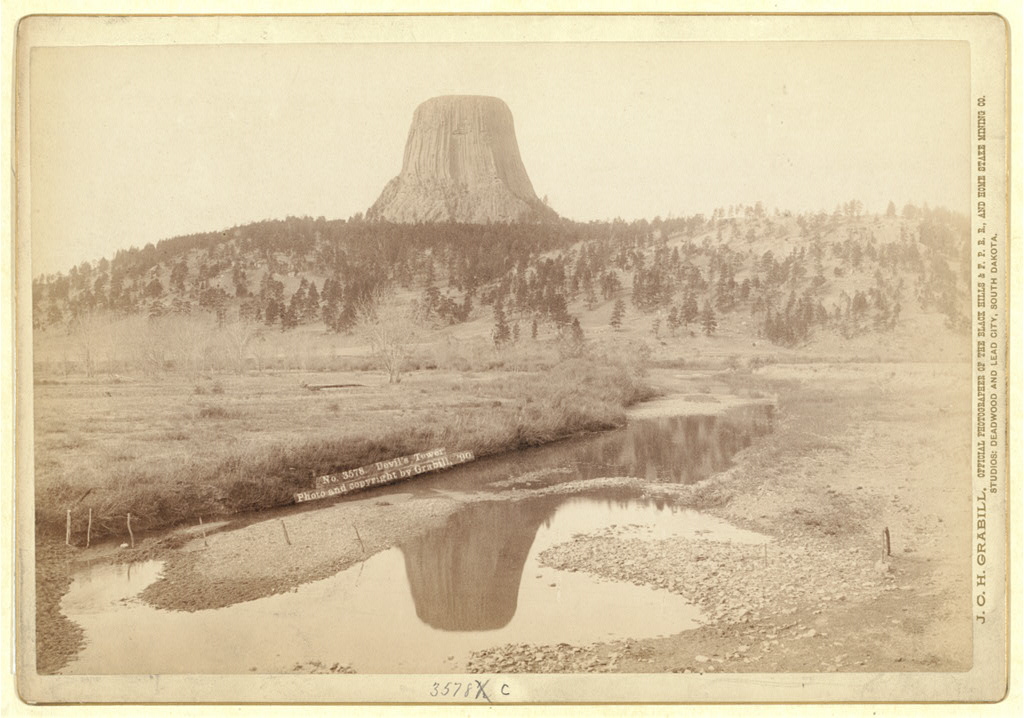 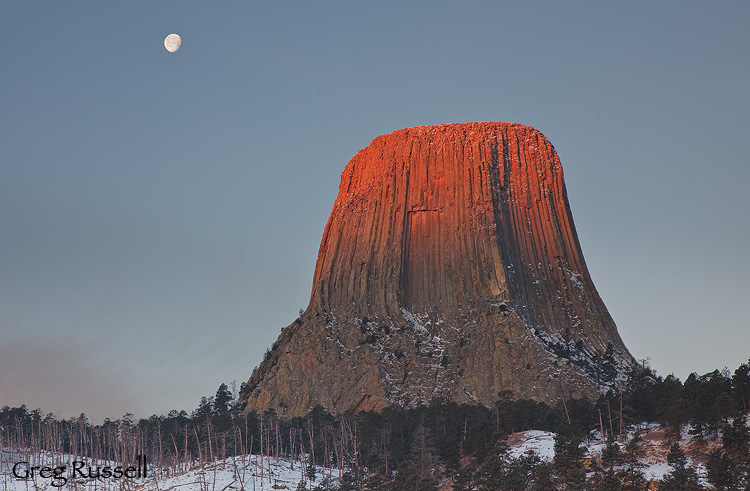 Signed into law on June 8th, 1906, the Antiquities Act “is the first law to establish that archeological sites on public lands are important public resources. It obligates federal agencies that manage the public lands to preserve for present and future generations the historic, scientific, commemorative, and cultural values of the archaeological and historic sites and structures on these lands. It also authorizes the President to protect landmarks, structures, and objects of historic or scientific interest by designating them as National Monuments” (nps.gov). An important step towards conservation and preservation, President Theodore Roosevelt recognized the importance of our natural resources and sought to protect the land we live on. In doing so he signed this law into effect and also “provided a foundation of public policy from which more specific public attention to and preservation of historic places and structures, cultural landscapes, and other cultural resources developed during the course of the 20th century”. Born out of the Antiquities Act, Roosevelt then established the first National Monument, Devils Tower, in the state of Wyoming. Able to seen from a stretch of 50 miles in any direction, its summit towers at an impressive elevation of 5,112 feet and was formed out of molten rock from a volcano.

I wanted to focus on Devils Tower because its distinct form has always intrigued me and I only vaguely knew that it was a popular climbing spot. Geological theories of the formation range, but “overall, most geologists agree that Devils Tower began as magma or molten rock buried beneath the Earth’s surface. Where they disagree are the processes by which the magma cooled to form the Tower. The simplest explanation is that about 50 million years ago, molten magma forced its way into overlying sedimentary rocks and then cooled. The cooling igneous rock then contracted, fracturing into columns. Earlier, another magma flow formed today’s Little Missouri Buttes. Over millions of years, the sedimentary rock eroded to expose Devils Tower and accentuate Little Missouri Buttes” (redstatetravel.us). What I did not know, was that it is considered sacred ground to more than 20 tribes and that these tribes view recreational climbing as a disrespectful act. I think that there is a struggle with the Devils Tower’s identity- on the one hand, it is expected to hold up its label as a National Monument and hiking and climbing should be allowed, on the other hand, we should respect the Lakota and their need for quiet during ceremonies on what they consider sacred land.

The struggle for land ownership began in “in 1868, after conflict with westward-moving settlers, the United States Government enacted the Treaty of Fort Laramie, designating all of the Black Hills (including Devils Tower) as the Great Sioux Reservation, to be left untouched by non-natives. However, six years later, gold-seekers rushed into this protected area, in violation of the treaty, and the U.S. Government chose to ignore its previous commitment, restricting land use and banning religious practice for several years. Today Devils Tower and the surrounding land are squarely in the realm of National Park Service Land and the ban on indigenous religious practice has been lifted” (coloradocollege.edu). This started a constant back and forth between tribes and the United States government. The creation of the Tower differs from tribe to tribe, but was told to me as a little girl got separated from her tribe and was being chased by a huge bear. The Creator thus took pity on her and rose a formation (the Devils Tower) from the ground to save her and the marks all around the tower are actually scratches from the bear’s claws as it attempted to climb the tower. Used for a variety of ceremonies, “the Lakota people for example, often camped at Devil’s Tower in the winter to pray, fast, and perform ceremonies such as Sweat Lodge. They also used the tower for Sun Dance, funerals and Vision Quests”.

Today, the struggle for land ownership has begun to extend far past the national government. Climbers from around the world are attracted to this national monument, and are intrigued by “its elaborate and high-quality crack systems”. There has been some attempt on the US’s part to recognize tribes’ need for quiet during ceremonies and “to hone a cultural balance, the National Park Service advocates a voluntary climbing moratorium during the month of June. This is a culturally significant time when many, though not all, ceremonies traditionally occur. The voluntary June closure has been very successful — resulting in an 80 percent reduction in climbing activity” (redstatetravel.us). However, that is still only one month out of the year. Although the Lakota don’t want any part of the tourism brought forth by the National Monument, people feel like it is every bit their right to climb the formation. This then raises the question that is the Antiquities Act actually doing its job in protecting land? Or did President Roosevelt open a door to new area of tourism that will ultimately destroy the land it sought to protect? And lastly, are Native American tribes better equipped at conserving land that they have been performing ceremonies on for centuries, anyway?

The struggle to define the identity of Devils Tower has gone on since the mid-1800s. Thankfully, as an attempt at preserving America’s land, President Theodore Roosevelt signed into law an Act that would be a game changer. But, with the power of the Antiquities Act, I believe we still have a long way to go in making sure we take into consideration that the land we try to protect federally is also privately considered sacred by many tribes. Devils Tower is not the only Monument facing this type of issue (Mount Rushmore/Six Grandfathers is another example of private land taken by the government and turned public). At some point, we need to continue the conversation and ask ourselves, is there enough of a balance between using land for tourism and, at the same time, allowing ceremonies to take place without disruption?