West Virginia is one of the states of the Union that became the border states during the Civil War. The border states were places were there was heavy guerrilla fighting and raids conducted on pro-Union or pro-Confederate towns by the opposing side or by partisan guerrilla raiding groups that fought in the name of their respective allegiance. These groups were not military personnel of the Confederate or Union but they pillaged and fought in support of their side and sometimes worked in coordination with military brass to harass targets and supply lines. Ripley, WV was the sight of one of these raids by a pro-Confederate group on the night of December 19th 1861. 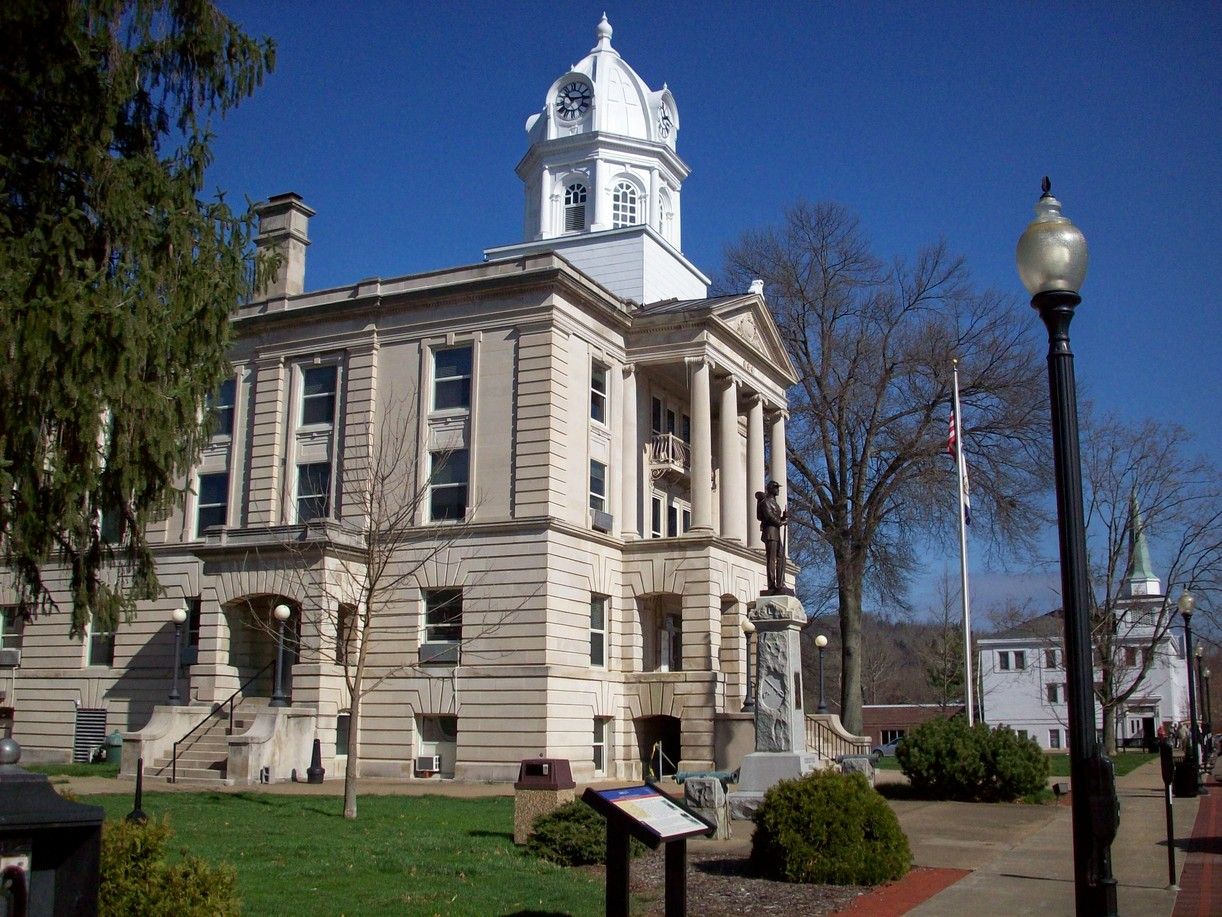 The raid on Ripley occurred pn the night of December 19, 1861 so it technically occurred in Ripley, Virginia in what is known as Jackson County (WV did not secede from Virginia until 1863). The raid was led by a man named Daniel Duskey and he was the leader of a group from nearby Calhoun county called the Moccasin Rangers. They were an aforementioned raiding group with pro-Confederacy allegiances. In early December 1861, a man by the name of Dr. O. G. Chase opened an office in Ripley to recruit federal troops. For unknown reasons, he confiscated the arms of the townspeople and locked the weapons in the jail and post office on December 19th 1861. I figure a reason for taking the arms of the populace was that maybe they believed people in the town had pro-Confederacy leanings as many people had them in the nearby town of Ravenswood and in many areas of the various border states. Dr. Chase left with his troops that evening toward Cottagesville, about 8 miles out of town. This left the town defenseless for the raid that would occur.

At around 9 pm that evening Duskey and the Moccasin Rangers rode into town and captured it with no bloodshed. The raiders took the weapons locked in storage, goods from the post office and local store, some personal belongings from the citizens and demanded to be fed as well. This raid invoked a federal response as many of the citizens were pro-Union (which makes Dr. Chase disarming the populace perplexing), they had robbed a post office, and they were officially responding to rampant 'bushwhacking' from groups like the Moccasin Rangers in the area. In the weeks following the raid Duskey and his men were surprised and captured by Union forces.

Their sentencing was unique in that they were not soldiers of the Confederate army. Soldiers can legally be absolved of responsibility in wartime acts but Duskey and his men were not soldiers. The prosecutor said the men robbed to post office to get a reading on federal movements in the area to report back to the enemy. The few men stayed together after arrest were Duskey and a man by the name of Jacob Varner. They were both sentenced to a 4 year and 3 year sentence in federal penitentiary, respectively. In November of 1862, two Virginia infantry officers stationed in St. Albans were captured by the forces of General John B Floyd. The two, Captain William Gramm and Lt. Isaac A. Wade were sent to Richmond to be held as hostages to exchange for Duskey and Varner. Eventually this made its way to the White House with Lincoln eventually authorizing the prisoner transfer on June 1st 1863 them again on June 13th following an error in the message. Duskey was transfeered to Fort Monroe in Virginia and Varner vanished. The federal officers were released a few weeks later.

Today a plaque commemorating the raid sits beside the Jackson County courthouse on the corner of Main and Court Streets. Also there is a memorial to the towns veterans and POWs. The grounds also contain a statue of a Union soldier in the Civil War.

The marker contains this description of the raid:

During the Civil War, both Union and Confederate supporters formed guerrilla bands. Each government denounced the other side's partisans as bushwhackers or common thieves but gave those on their own side an official military designation as cover. When Capt. George Downs, of Calhoun County, formed the Moccasin Rangers, for example the Confederate government designated the unit the 19th Virginia Cavalry.

On December 19, 1861, the Rangers raided Ripley. Union Lt. Owen G. Chase, 9th (West) Virginia Infantry who was in town that day recruiting for Federal forces had disarmed the residents and locked the weapons in the jail. He probably suspected many of the townspeople of being Confederate sympathizers. Chase then marched his recruits west of town.

That evening, Pvt. Daniel Duskey and twelve other Rangers came into Ripley, took the arms from the jail, looted J.L. Armstrong's store, and robbed local residents. When Postmaster John J. Wetzel refused to unlock the post office door, Duskey retorted that he had a key to unlock any door and kicked it down. The Rangers took everything of value, including all of Wetzel's clothing except what he was wearing.

Duskey and Jacob Varner, another Ranger, were captured a few weeks later. They were convicted of robbery as civilians, since the government did not recognize the legitimacy of the Rangers, and were confined in Albany N.Y. On November 25, 1862, Confederates captured Union Capt. William Gramm and Lt. Isaac A. Wade near Charleston and then held them in Richmond. President Abraham Lincoln pardoned Duskey and Varner on June 13, 1863, so that they could be exchanged for the officers.

"As the Judge, Jury, Marshal, District Attorney and Post Master General join in asking a pardon in this case, I have concluded to grant it. The Attorney General will please make it out & send it to me." —President Abraham Lincoln.

http://www.wvgenweb.org/calhoun/calhouncwbk/moc.htm - WV in the Civil War; article about the raid and aftermath