Johan Cruyff Arena was built between 1993-1996 cost around 140 million euros, has a capacity of has 54,640 seats and 144 seats for the disabled and their helpers. In 2018 the stadium changed its name to Johan Cruyff Arena before it was called Amsterdam Arena, they named like this because his outstanding history in Ajax and in the National team. The first thing that the spectators find when they enter the stadium is the statue of Johan's head with the mural behind it in order to remember the legend who debuted in 1964 and gave the club many championships using his style of play. The statue was “made by the artist Guido Sprenkels and measuring one meter high, a large mural has also been unveiled with photos of ‘14’ that end up making up Cruyff's face in black and white” (Mundo Deportivo). 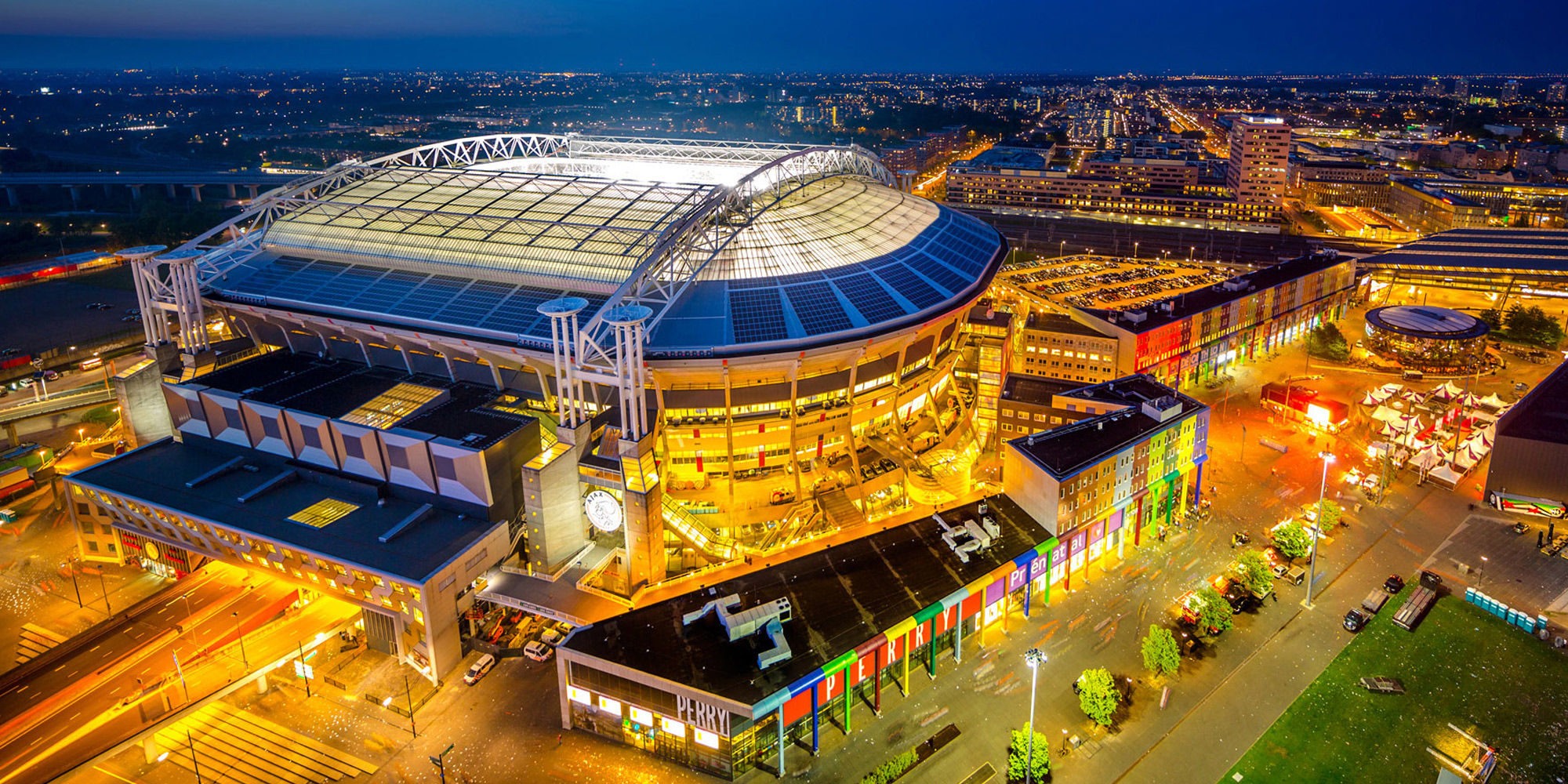 Day of the official name change of the stadium 2018 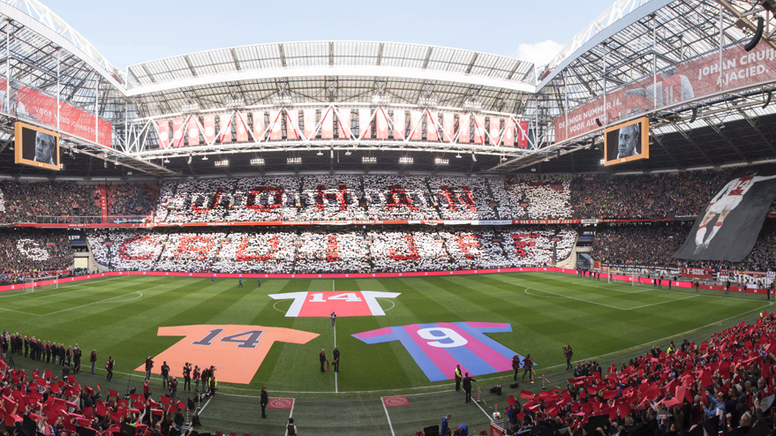 Mural and Statue inside the Stadium 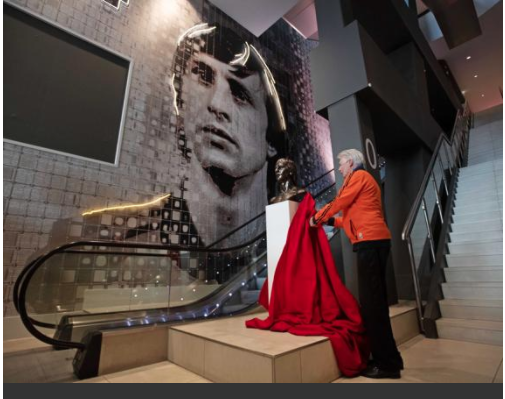 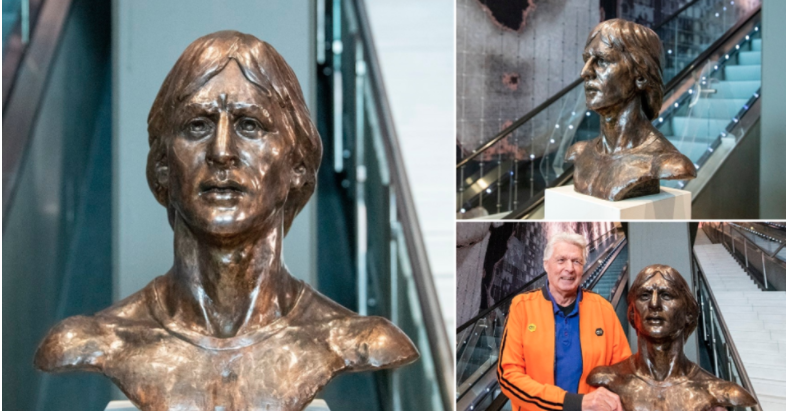 Johan Cruyff began his career in Ajax, from the age of 9 he is in the club's training school, until 1964 when he made his debut in the first team where he played until 1973 “During his nine seasons at the club, Cruyff led Ajax to six Eredivisie titles, four KNVB Cups and three European Cups. In the process, he played 240 games and scored 190 goals; for his achievements, he was awarded the Ballon d'Or twice, in 1971 and 1973” (Nelson) . This Ajax is remembered as one of the best teams in history and especially for the good game by Johan Cruyff. This is a way of thanking Johan for all he did for Ajax and for the national team as he was a player who marked the history of this country for his great performances on and off the field.

Johan's legacy continues in the present of the Ajax training school for players who are preparing for the future and that is why an example is “In 2011, Johan Cruyff began an overhaul of Ajax’s youth system. Using coaches Ruben Longkind and Wim Jonk, Cruyff planned to change how his beloved club operated by going back to what he termed the ‘Ajax DNA’. At younger age groups, Cruyff believed that coaches had become transfixed with the prioritisation of winning matches rather than developing players. He believed in a return to the Total Football principles that had once made Ajax great” (Storey,2019) all this to consolidate the future of Ajax because the most important thing is that the children leave with the formation of the sports school and with the influence of Johan Cruyff. Well this is one of the ways to remember and that future generations know the influence that johan had within the biggest club in holland

As explained on the stadium website "The Johan Cruijff ArenA is the football stadium of the Netherlands, home base of AFC Ajax and the Dutch national team. Besides that it provides multi-functional accommodation for both large national and international music and dance events and smaller gatherings predominantly in the corporate business segment. Giving its fans a unique experience not only with great football matches but also using the stadium for concerts or big events this is considered one of the most modern football stadiums its facilities allow fans to be comfortable for the event they want to attend. When the Ajax fans go to see La Eredivisie or the Champions League games or when fans of the national team go to see the games have great moments inside the stadium because this is the largest in the whole country.

It is also one of the most modern stadiums in Europe as explained on page Johan Cruijff Arena "provides top quality services, state-of-the-art facilities, and with the highest attention for safety offers an optimal audience experience. And we are doing all this as creatively and cleverly as possible. This is because quality, innovation and sustainability are the strategic pillars of the stadium". When it comes to modernity this stadium was the first to have a sliding roof, it takes about 18 minutes for the roof to open or close, this allows the stadium to be used for different events, it is also a sustainable stadium because it has 4,200 solar panels to help illuminate the entire part of the stadium.