With babe being a troublemaker and the lack of time his parents gave him, he would eventually land at St. Mary's Boys school. St. Mary's, located a few miles outside downtown Baltimore, consisted of six gray buildings on several acres with a large open space that fit two ballfields, the Big Yard and the Little Yard. Although it was surrounded by a wooden fence, and the boys there called themselves "inmates," it was less a prison than some have said. (St. Mary's did become a true reformatory in the 1930s.) 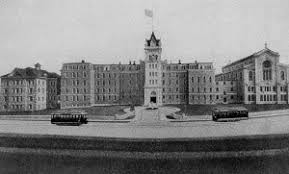 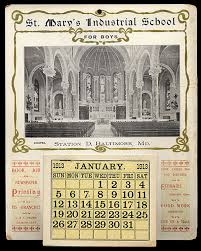 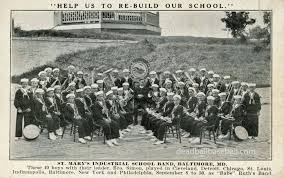 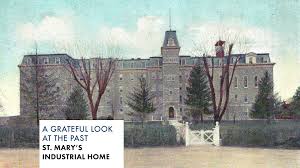 In 1902, a young little kid named George Herman Ruth, later known as "Babe ruth," was sent to be enrolled at St. Mary's by his parents.He learned how to play the game of baseball at St. Mary's under the greatest man to ever live Brother Matthias and became one of St. Mary's most notable alumni. He was seven when his parents sent him, Ruth to St. Mary's Industrial School for Boys, an orphanage and reformatory school . Ruth spent about 12 years at the school,  seeing his family about 3 times. While learning baseball he played a number of different positions but played catcher mostly until the age of 15. He first pitchen when an unhappy teammate of his could not get anybody out, Ruth stood by laughing at his teammate. Brother Matthias said to babe “If you can do any better, then get out there and throw the ball yourself.” George did, and a future major league pitcher was born .Ruth started pitching and switched between pitcher and catcher on the St. Mary's varsity baseball team. In 1919, a fire destroyed much of the old campus. Babe Ruth, who  was playing for the New York Yankees, asked to take the St. Mary's School band to many games mainly on "road trips" to several other major league ballparks around the Northeast, in an attempt to raise money to help replace the main school building.

The number of students and orphans  at the industrial school declined and it finally closed operations in 1950. St. Mary's became known as "the House that built Ruth."Although much of the original St. Mary's campus was destroyed, one building remained from the original construction during the 1866-1868 period and another from the reconstruction after the 1919 fire.Both buildings were utilized by the new school called Cardinal Gibbons School. The athletic field that Babe learned to play baseball on was still left  and played on by the Cardinal Gibbons baseball teams from 1962 until closing in 2010 and affectionately called "Babe Ruth Field".

Reid, babe. “Babe Ruth, an Unlikely Catholic, Was a Giant Both in Appetite and Charity.” National Catholic Reporter, 2 Aug. 2014, https://www.ncronline.org/news/media/babe-ruth-unlikely-catholic-was-giant-both-appetite-and-charity