Black Jack Battlefield, 3 miles east of Baldwin City, is the location of the first armed battle in the United States between pro-slavery and anti-slavery factions. The June 2nd, 1856 battle along Captain Creek was the first in a series of armed conflicts that were part of "Bleeding Kansas" and hinted of the upcoming conflict that would tear apart the nation. The park is composed of four parcels under different management. Features that were relevant to the battle are preserved, including creeks, topographic features and unbroken prairie. Black Jack Battlefield was listed in the National Register of Historic Places in 2004 as about 20 acres; a boundary increase was approved in 2005 which added 39 acres. The battlefield became a National Historic Landmark in 2012. The battlefield is significant for its association with events in the history of Kansas and the nation and for its association with John Brown, a previously-unknown person who would become a key figure in the abolitionist movement. 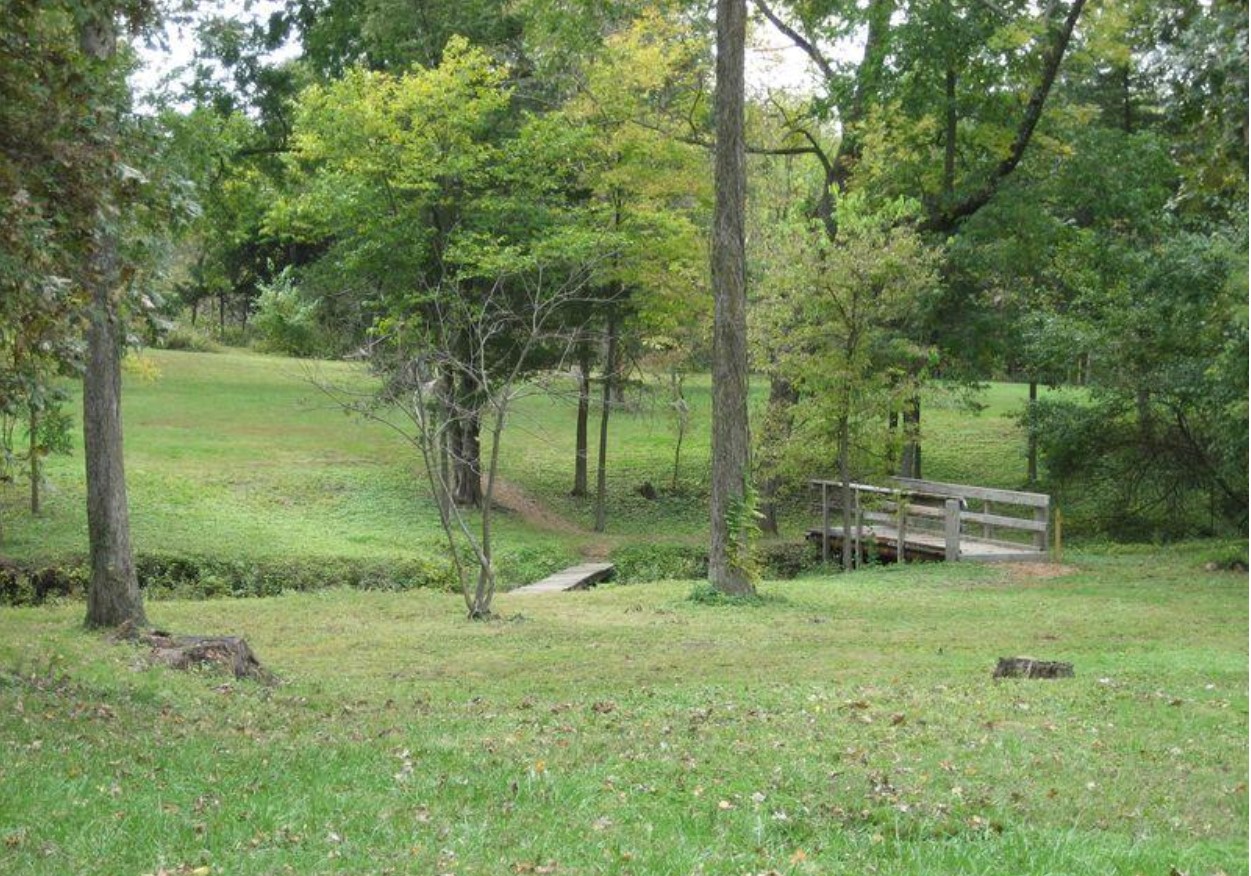 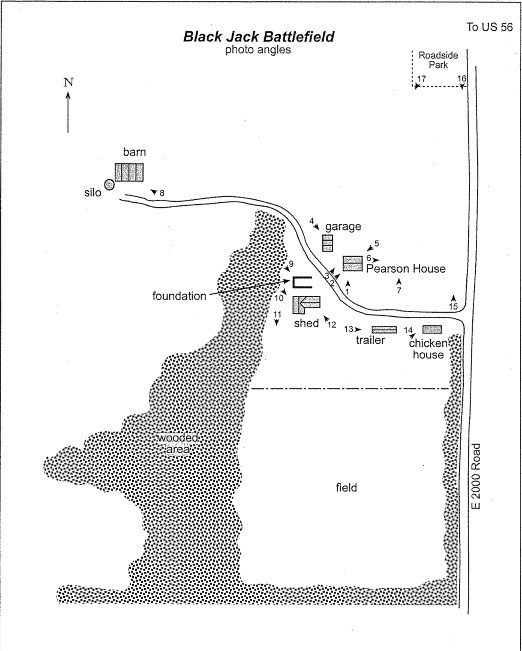 Blackjack oak trees grow along the creeks and lent their name to the battlefield area. The Sante Fe Trail, the main trade route between the Missouri River and Mexico, passed through the battlefield beginning in the 1820s. Black Jack Campground was set up adjacent to the Trail to take advantage of a freshwater spring and creeks. Freight wagons and settlers traveled along the trail in its heyday. Eroded wheel ruts survive in spots along the former route, crossing the battlefield. The best-preserved examples are seen in a property immediately east of the battlefield, Boyd Memorial Prairie Park, passing through prairie land that has never been plowed, where the ruts cut deep into a slope.

Henry Clay Pate and his men, a pro-slavery militia, were camped at Black Jack Campground. John Brown and his abolitionist militia came to the campground to confront Pate's group. The guerrilla-warfare style battle lasted about three hours and none of the several hundred men involved were killed. The battle was reported in the nation's newspapers, with either a pro- or anti-slavery slant to the telling. The country learned of John Brown from this battle, and his call for armed insurrection against slavery.

Robert Hall Pearson was one of the men who fought with John Brown at Black Jack Battlefield. His descendants donated a quarter-acre tract to Douglas County in 1970 which became Robert Pearson Memorial Park; the tract is on the west side of Route 2000, 0.2 mile south of Route 56. Other descendants later donated another 39 acres of adjoining land to the south and west which was purchased by the newly-formed Black Jack Battlefield Trust ca. 2005; the added land became part of the National Register-listed property by a 2005 addendum. The Robert Hall Pearson House at 163 E 2000 Rd. dates to about 1890 and is a non-contributing building to the battlefield but is locally significant as a typical farmhouse of the era. The Pearson House was listed on the Kansas Register; Pearson bought the land after the battle, in 1860. The wood-frame front-gabled house on a limestone and concrete foundation faces east, with two additional entrances and an enclosed porch on the south side. The deteriorated farm outbuildings are not part of the significance of the Pearson House since the farm was worked into the mid-twentieth century.

A number of monuments and signs have been erected on the battlefield. One set of wooden signs was placed by Dana Cavender, a descendant of Pearson, who recalled being told details of the battle as a young man by an elderly survivor, Captain Shore, in 1911. They include information on what happened in those locations, including where Pate's horses were shot, forcing his surrender. The battlefield is associated with Freedom's Frontier National Heritage Area, encompassing over 40 counties in Kansas and Missouri related to the events of "Bleeding Kansas and the Enduring Struggle for Freedom." The park's reenactment weekend event for June 2020 has been cancelled due to the pandemic.