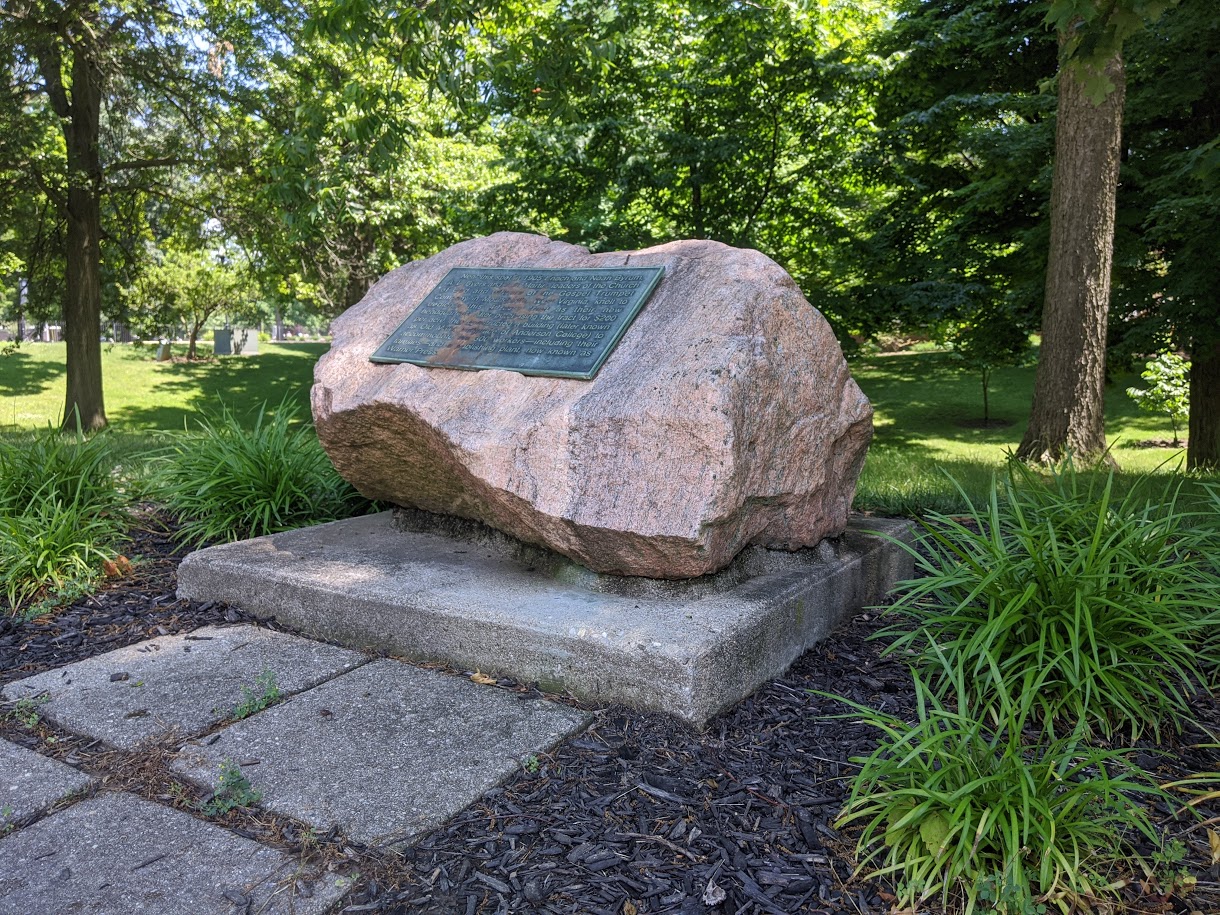 This rock includes a plaque that shares the story of brothers Noah and Enoch Byrum of the Gospel Trumpet Company arrival in Anderson. According to this interpretation, the two bothers knelt down and dedicated the land behind this rock to God. The two brothers arrived looking to expand their small religious publishing operation, The Gospel Trumpet, which had previously operated in West Virginia. This land later became the site of the Church of God Camp meeting was for over one hundred years, as well as Anderson University. Pioneer Rock commemorates the arrival of the Byrum brothers and also the beginning of the Church of God's involvement in Anderson, Indiana.

In 1988, artist in residence Kenneth Ryden created this sculpture in honor of former Anderson College President John Morrison. The college was established in 1917, and Morrison served as the president from 1925 to 1958. In addition to guiding the institution through difficult times such as the Great Depression, he also led the transition from the school's early years as Anderson Bible Training School to an accreditated institution of higher education with courses in the arts and humanities in addition to theology. 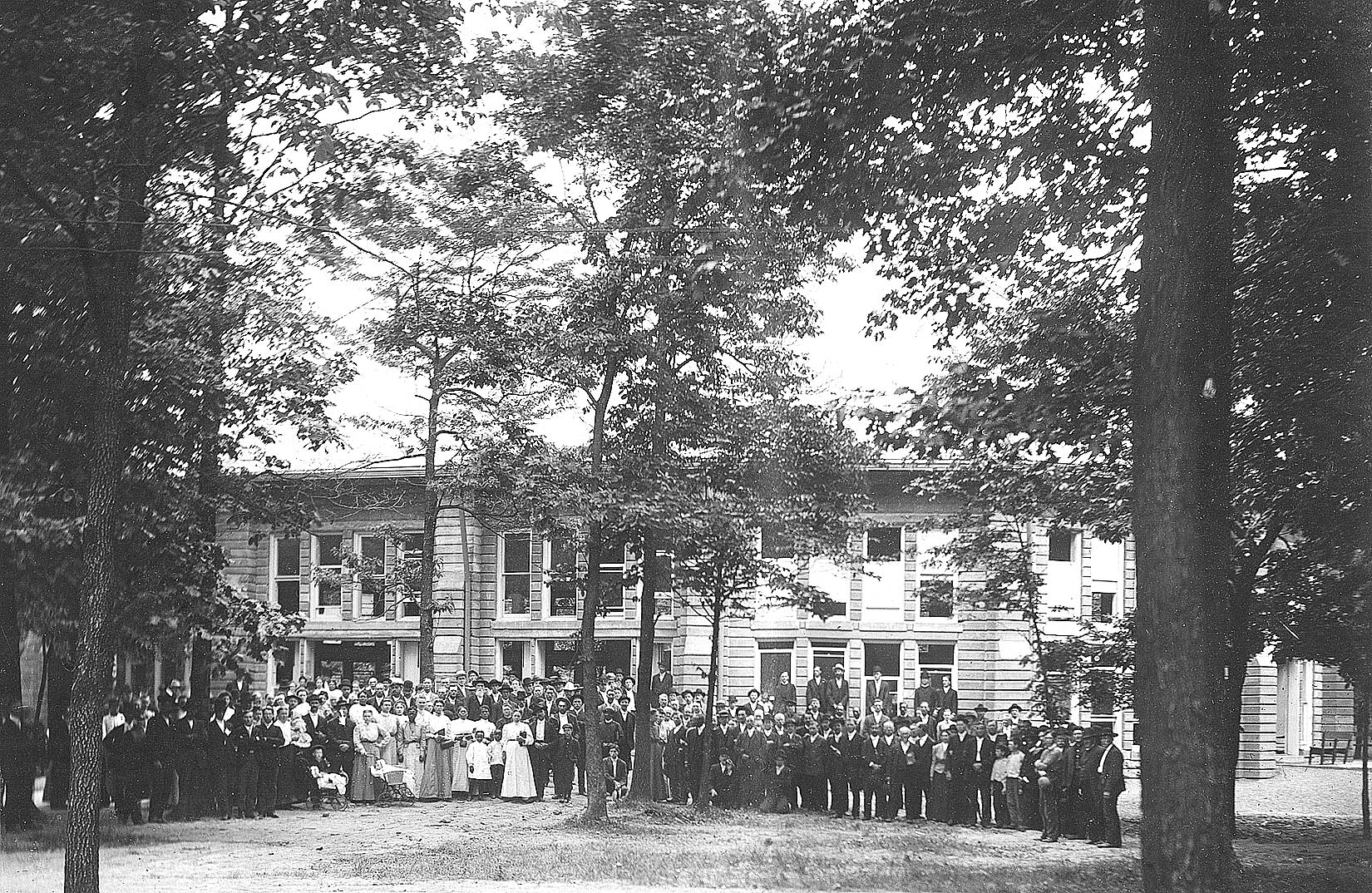 Named in honor of the Byrum Family in 1975, this Anderson University campus building dates back to 1908 when it was first constructed as a tabernacle to host Church of God Camp Meetings. During one of the Camp Meeting services within the building, the dream of a Church of God institute of education became a reality. In 1936, the building was renovated to be used as the Anderson College Gymnasium. Finally, the structure went through its last major renovation in the early 1970s when it became an auditorium for theatre and musical productions. 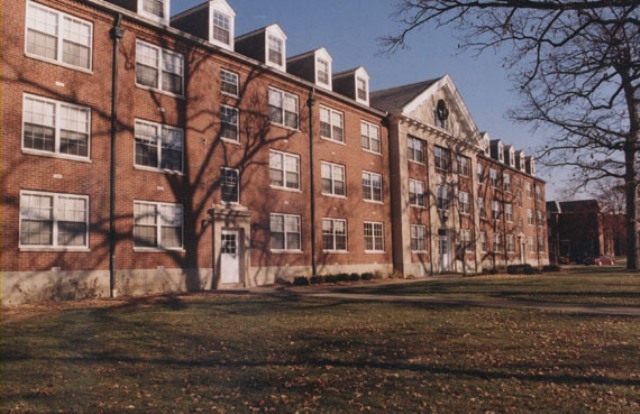 Constructed in 1954, Dunn Hall was the first male dormitory on the Anderson University Campus. The building was known as Men's Residence Hall until it was renamed in 1960 in honor of long-serving Anderson College Board of Trustee Member, Sethard Pirlum Dunn. At the time, this was the first campus building named in honor of an African American in the Midwest beyond the region's Historically Black Colleges and Universities (HBCUs).

Constructed in the early 1960s, Warner Auditorium became a sacred place for the Church of God during the second half of the 20th century. Located on the eastern side of the Anderson University Campus, the building hosted the annual Camp Meeting for over forty consecutive years. The circular-shaped building had the largest concrete dome ever raised at the time. Unfortunately in 2006 due to asbestos in the dome, the structure had to come down. Today a prayer labyrinth has been constructed where Warner Auditorium once stood.