Constructed in the early 1960s, Warner Auditorium became a sacred place for the Church of God during the second half of the 20th century. Located on the eastern side of the Anderson University Campus, the building hosted the annual Camp Meeting for over forty consecutive years. The circular-shaped building had the largest concrete dome ever raised at the time. Unfortunately in 2006 due to asbestos in the dome, the structure had to come down. Today a prayer labyrinth has been constructed where Warner Auditorium once stood.

Outside Warner Auditorium During Camp Meeting 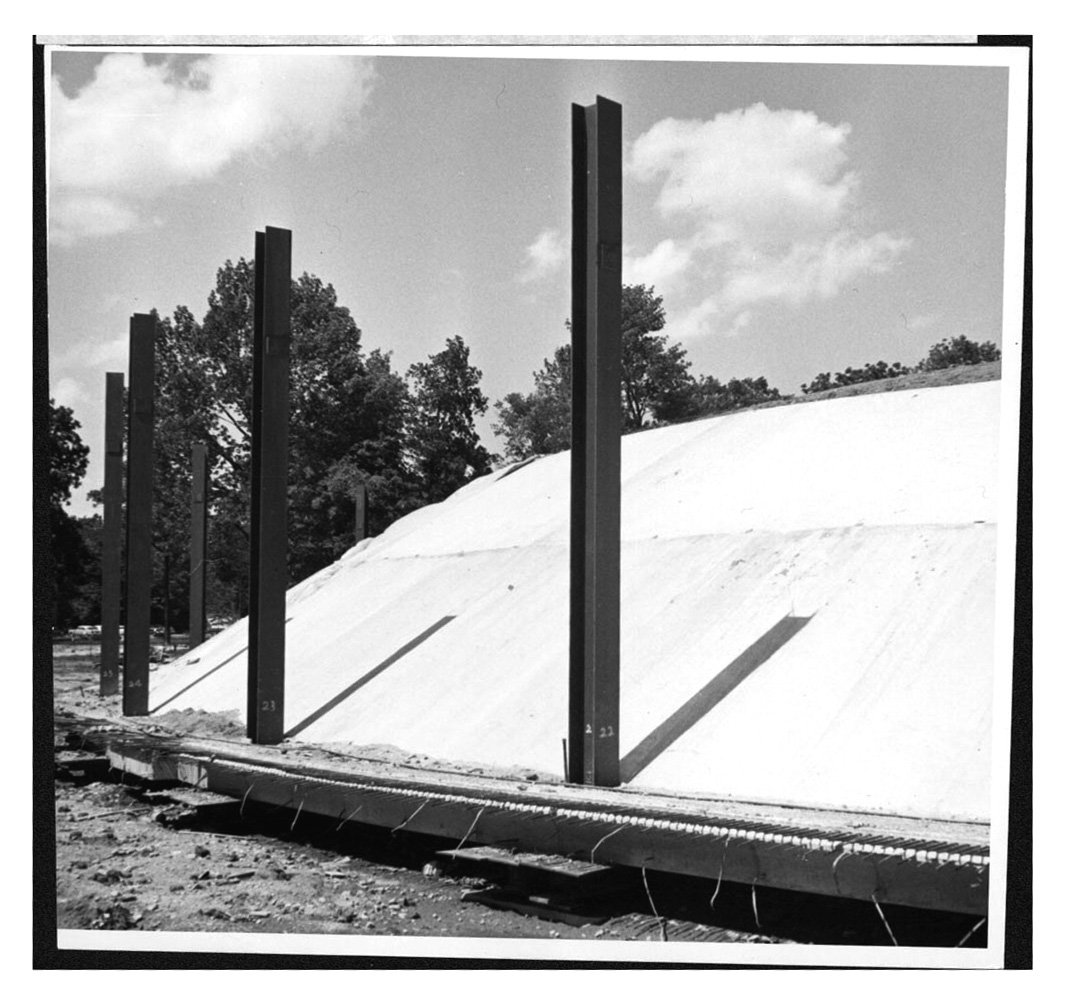 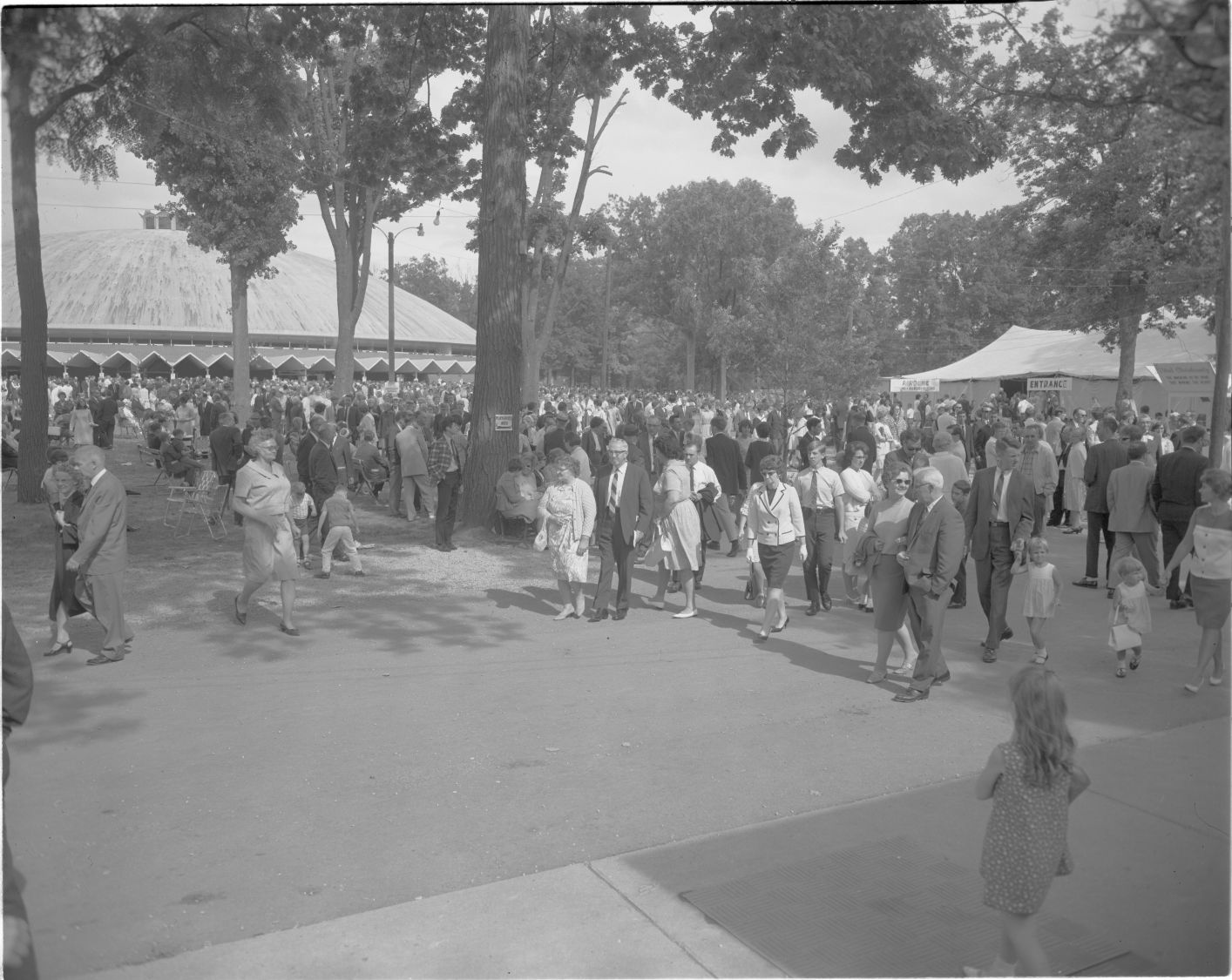 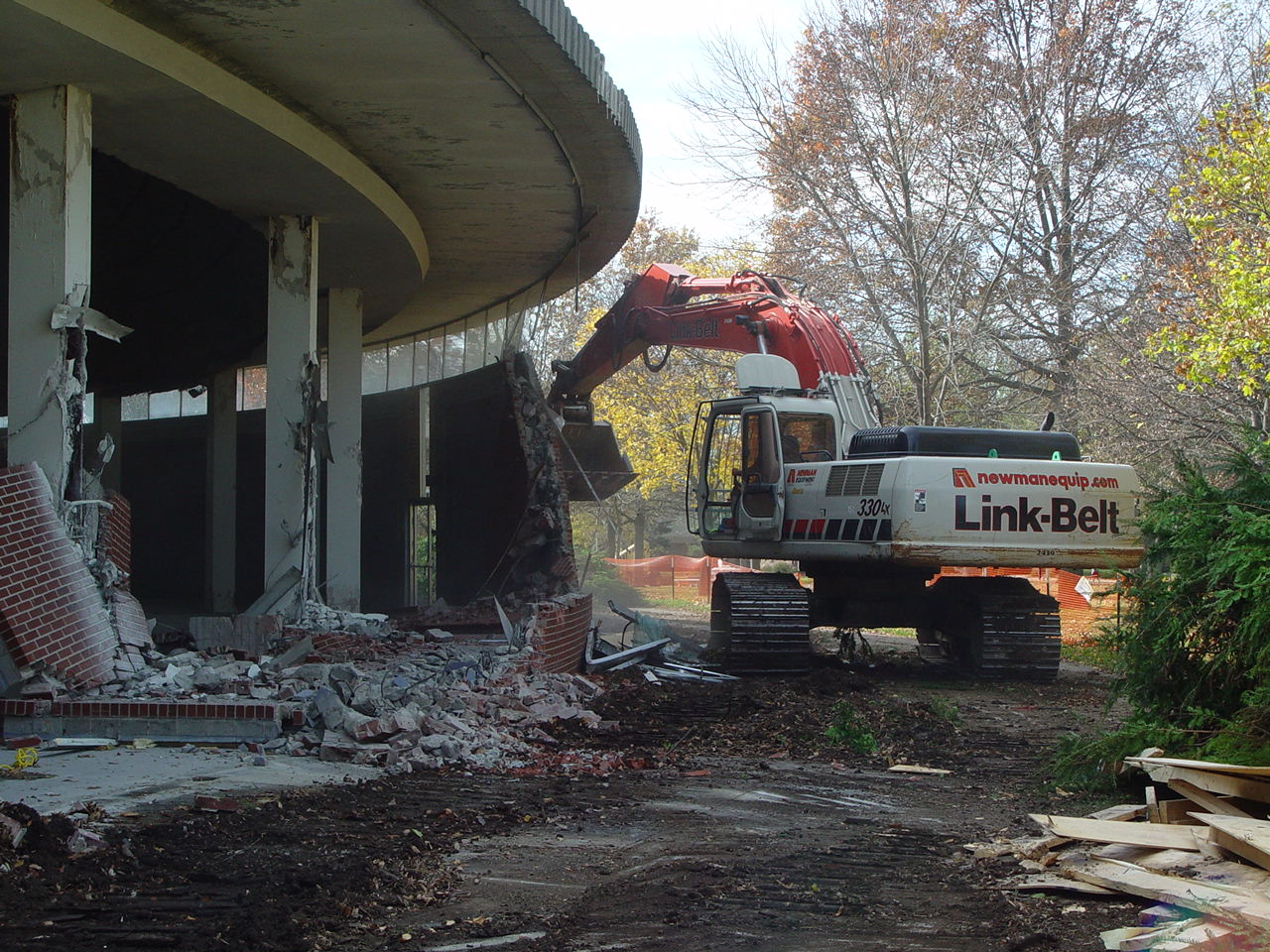 During the late 1950s, the Church of God was expanding exponentially. Every year, during the third week in June, thousands of people would pilgrimage to Anderson, Indiana (more specifically Anderson College) to experience the Camp Meeting Services. The facilities on the campus were unable to accommodate that many people. The tabernacle that hosted the camp meeting the previous forty years was too small and had recently received damage from a snowstorm. Therefore, the leaders of the Church of God determined that it was time for a new auditorium to host the Convention.

In the early 1960s, construction was started on a plot of land just east of the main campus of Anderson College. Named Warner Auditorium, after the founder of the Church of God, D.S. Warner. The circular building was designed by local Anderson Architecture Firm, Johnson, Richart and Associates. The capacity of the auditorium was 7,200 people. The roof was the largest concrete dome lifted at the time; it was 268 feet and 4 inches in diameter with a weight of three million pounds. It was supported by steel posts from the sides; there were no posts in the middle to obscure the view of the stage. It was only supposed to take a few hours to raise the dome, but due to complications it took several days.

In the summer of 1962, the newly constructed Warner Auditorium hosted its first Camp Meeting Service. With great acoustics and plenty of seats, it created a fantastic atmosphere for congregants to worship. During the week long Camp Meeting, there would be up to three services a day in the auditorium with breakout sessions elsewhere. Church of God Pastors were invited from all around the country to speak and congregants would come for all around the world to see them.

Because many families traveled every year to Anderson for the Camp Meeting, Warner Auditorium became a sacred place to them. It is impossible to count how many lives were changed from the services in the auditorium, but it definitely had an impact on people. For the longest time, it was a symbol of the Church of God. Unfortunately in 2006, the structure had to be torn down because of asbestos in the roof. Hundreds of nostalgic members gathered around the day the auditorium was torn down. The Camp Meeting services were hosted on the Anderson University campus for several years after the demolition of the auditorium until the early 2010s when the Church of God general assembly decided to host the convention in a different spot each year.

To commemorate their 100th year, Anderson University constructed a prayer labyrinth on the sacred ground where Warner Auditorium once was. At the Labyrinth's dedication, assistant professor of the History of Christianity, Jason Varner, who grew up coming to camp meetings at Warner Auditorium, reflected on the ground he was standing on. As he was describing the nostalgia and reverence of watching the building come down he came to the conclusion that “It was reverence not for the building itself, but for what it represented,” he reflects. “That is a physical, geographic point around which the spiritual unity of the Church of God had arranged itself for five decades.”