Outside of Nicholson Library on Valley Side 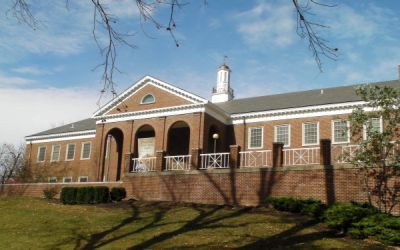 Instruction in the ideau lab in the library 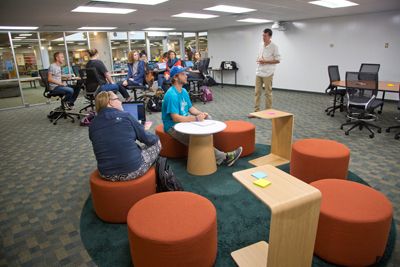 In 1992, the Wilson Library and Byrd Library on the Anderson University Campus were combined into the Nicholson Library. Prior to the consolidation, the Wilson Library was the main library on campus. It was named in honor of Charles E. Wilson who was the one-time general manager of the Delco-Reamy Division of General Motors in Anderson. He became President of the General Motors Corporation when invited by President Dwight Eisenhower to serve as the U.S. Secretary of Defense. The Byrd Library was the seminary library located on the bottom floor of the School of Theology. Once combined they were named in honor of Anderson University's third President, Robert. A Nicholson. Today the Nicholson strives to this mission statement: