This Korean War Memorial Park is located near Montrose Drive in South Charleston, WV. It consists of a large brick and stone arch accompanied by several smaller memorials and the flags of America, West Virginia, and the POW flag. The memorials are visible passing by from either MacCorkle Avenue or 3rd Avenue, and also have multiple more detailed features upon closer inspection. The memorial was officially dedicated in 2003. 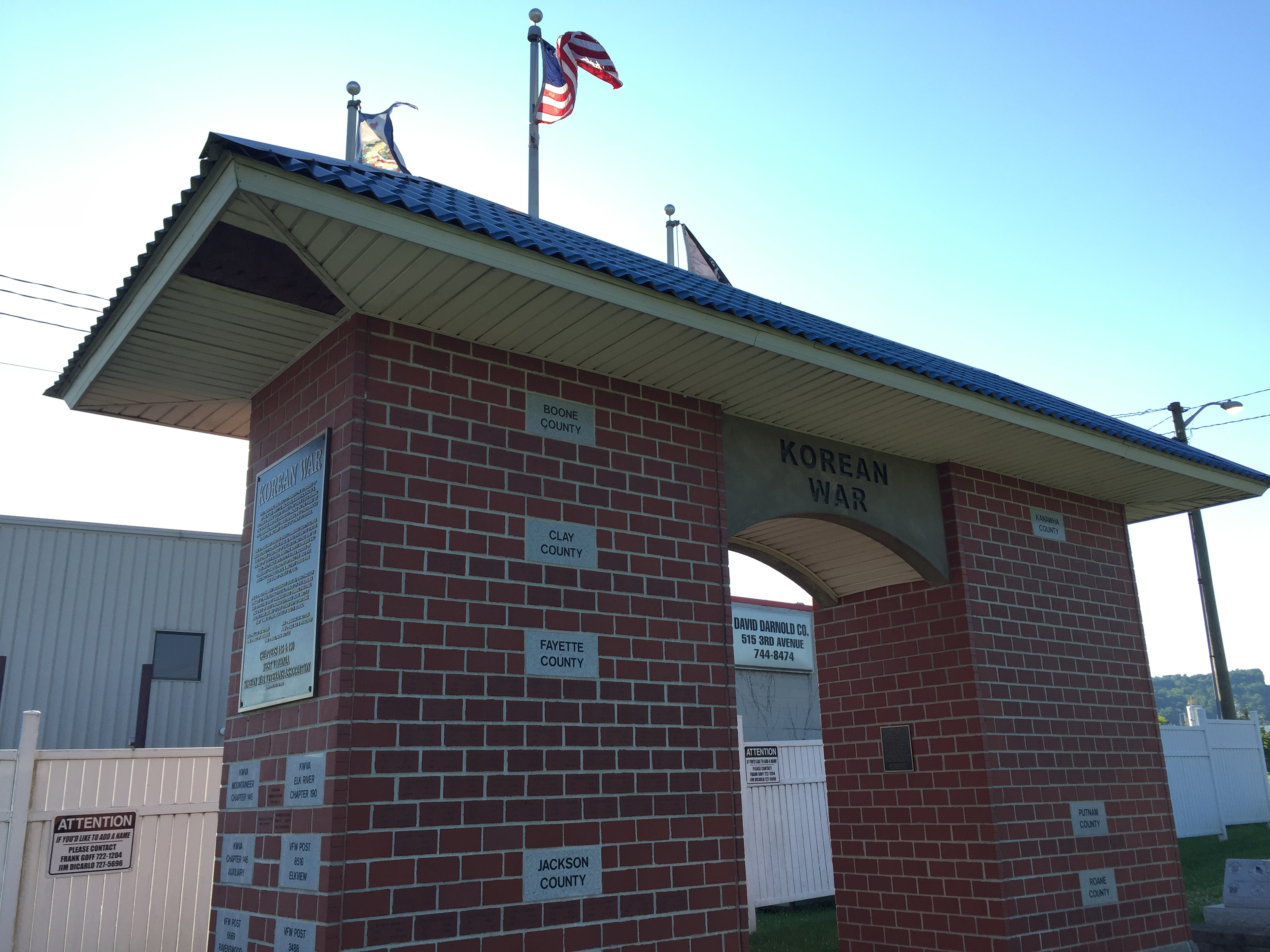 Officially dedicated in 20032, the Korean War Memorial Park in South Charleston, WV offers multiple monuments to honor those who served in the war. The arch, flags, and smaller monuments tie together to commemorate all who served as well as specific local veterans. As well as being clearly visible to passersby, the memorial offers multiple details for those who view it more closely. These include two plaques detailing the accounts of two West Virginians who served notably in the war.

One of the plaques commemorates Col Ruby G. Bradley. Bradley entered the army as a nurse on October 16, 1934. In 1941, she was head nurse at a camp in the Philippines where she was taken hostage by the Japanese army. Bradley remained a POW until Feb 12, 1945. She was the most decorated woman in the history of US military service when the plaque was dedicated in 2005. Another plaque on the monument details the actions of Darwin W. Kyle, a Medal of Honor recipient from WV. Kyle rushed an enemy position that was injuring and suppressing his allies, killing multiple enemy soldiers before being shot defending his men. Kyle was also a WWII veteran.